Storytelling has always been an integral part of our history and culture, and Twitter India has teamed with the UN’s Global Education Platform (@educationenvoy), and Wattpad (@Wattpad), a social platform and community for readers and writers, to support #YourStoryIndia. This is an initiative to encourage writing and education amongst Indian youth.

Young Indians between the ages of 13 and 25 will have the chance to submit an original story that features India. They can be of any length; they can be fictional or non-fiction, in any number of genres: adventure, paranormal, chick lit, poetry, romance, fantasy, sci-fi, a short story, historical or teen fiction, spiritual, horror, teen humor, mystery, thriller — even vampire or werewolf! Here are more details.

The story can be in English or any of these languages: Hindi, Malayalam, Bengali, Urdu, Tamil, Gujarati, Oriya, Punjabi, Assamese.

Wattpad — and an experienced jury — will review all submissions and determine five winners. These five will get the chance to be named as the first-ever group of Twitter #YourStoryIndia Fellows. As Fellows, the writers will have the unique opportunity to be flown to attend the Zee Jaipur Literature Festival (@JaipurLitFest) from 21st to 25th January 2016 to meet some of India’s — and the world’s — most prominent authors, and have their stories featured at the Festival. They will also get a chance to be featured on @TimesNow, profiled as young storytellers.

Here are the 5 guidelines for the competition:

Follow updates on #YourStoryIndia via @YourStoryIndia and @Wattpad. Finally, we note that #YourStoryIndia has been made possible by Wattpad and the UN Global Education Platform, and is supported in India by the Zee Jaipur Literature Festival 2016 (@JaipurLitFest), Times Now (@TimesNow), and Idea Cellular (@Ideacellular). 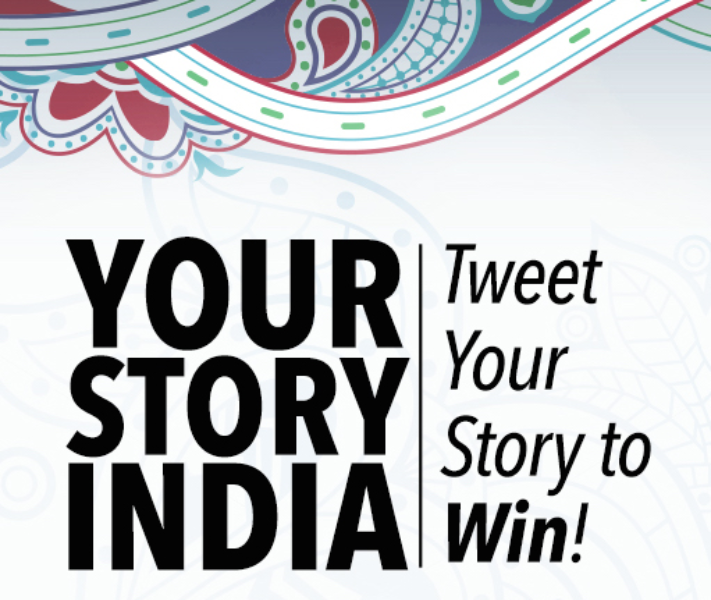