Over the last decade, key moments in news, entertainment, sports, and culture have unfolded on Twitter before they break on any other platform. Tweets travel fast, and the virality of these Tweets is experienced across mediums.

Celebrities and personalities use Twitter to directly communicate with fans across the world, and their impact can be measured by the sum of likes, replies, and Retweets of their Tweets. The higher the engagement, the higher the impact.

Here is a Tweet from actor Ranveer Singh (@RanveerOfficial) that showcases how good content and engagement is key to popularity. This Tweet has garnered more than 3,000 Retweets and is one of his most popular Tweets.

To illustrate this idea, we’ve partnered with India’s largest English daily, The Times of India, to publish a series of lists that rank well-known politicians, Bollywood actors, TV actors, musicians, sport stars, and media brands — based on their engagement scores, not the number of their followers. This index indicates the impact these personalities have in making content “go viral” across the web and rest of the media.

Here’s who came out on top of the #TimesTwitterImpactList, the most engaging personalities on Twitter: 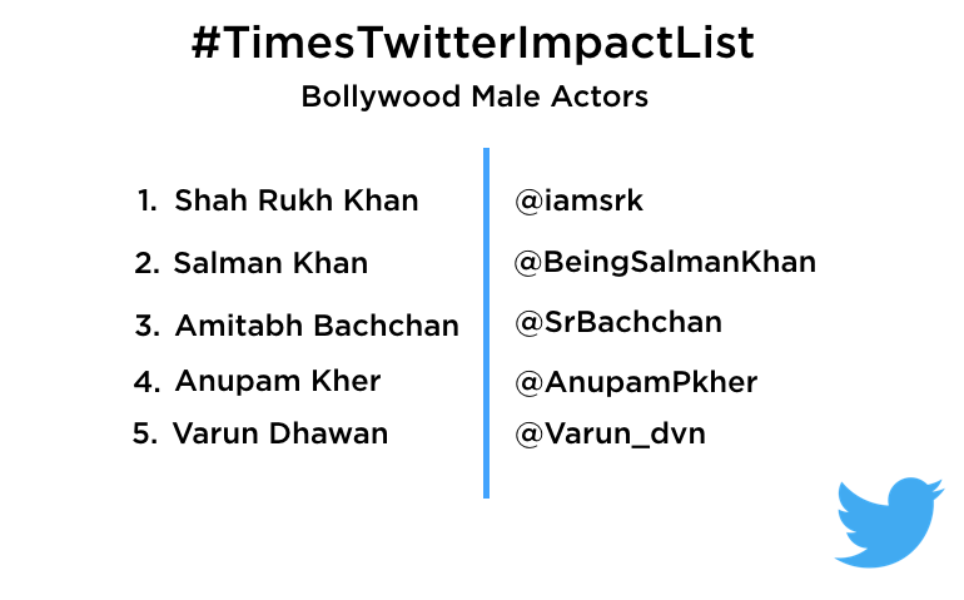 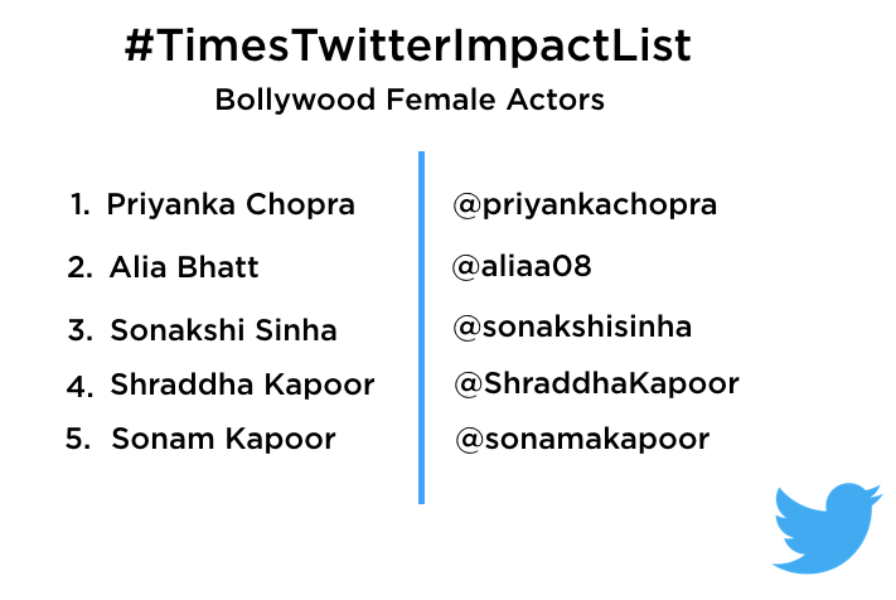 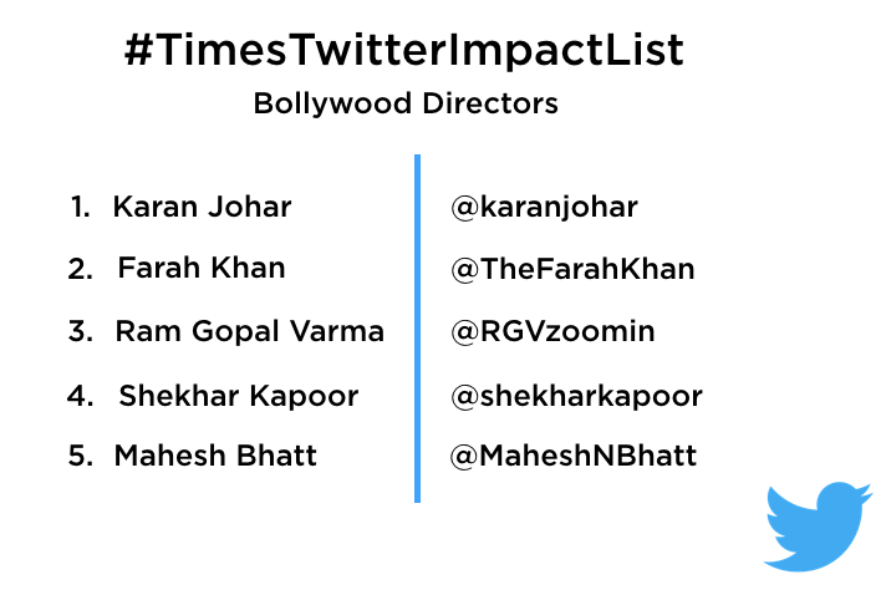 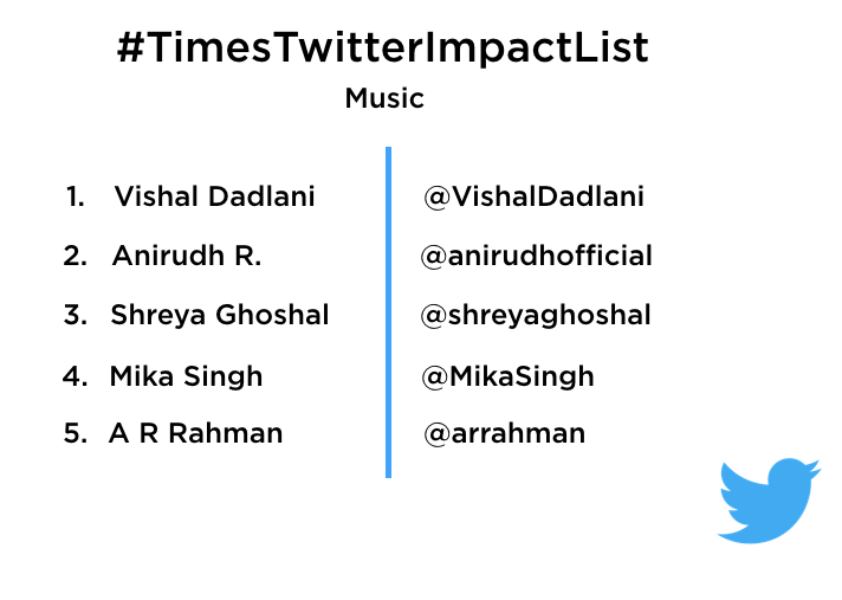 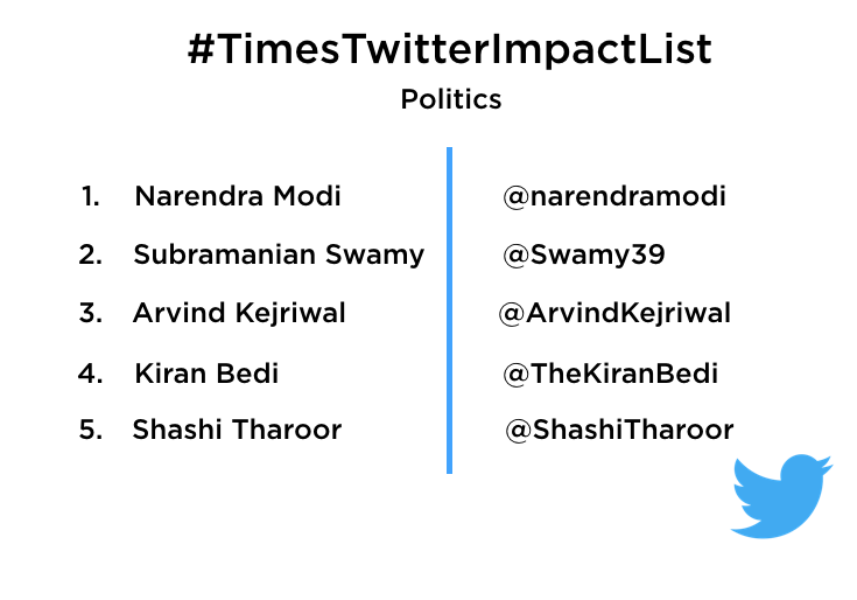 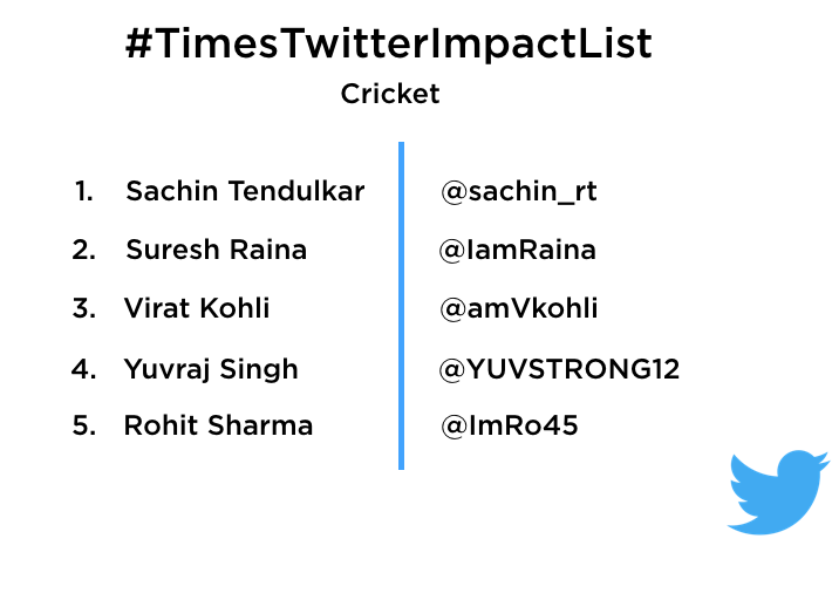 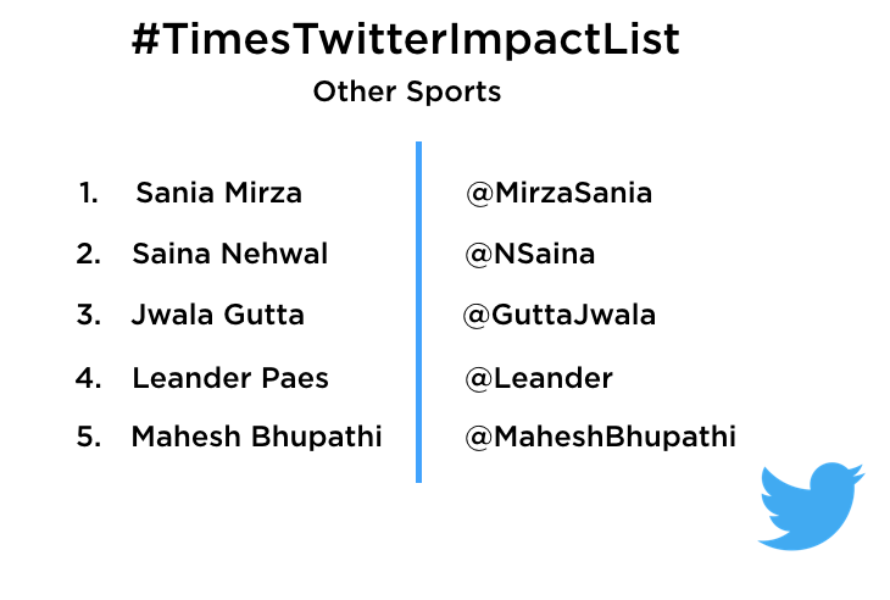 Anand Mahindra (@AnandMahindra) takes the lead on the list of Business Leaders. 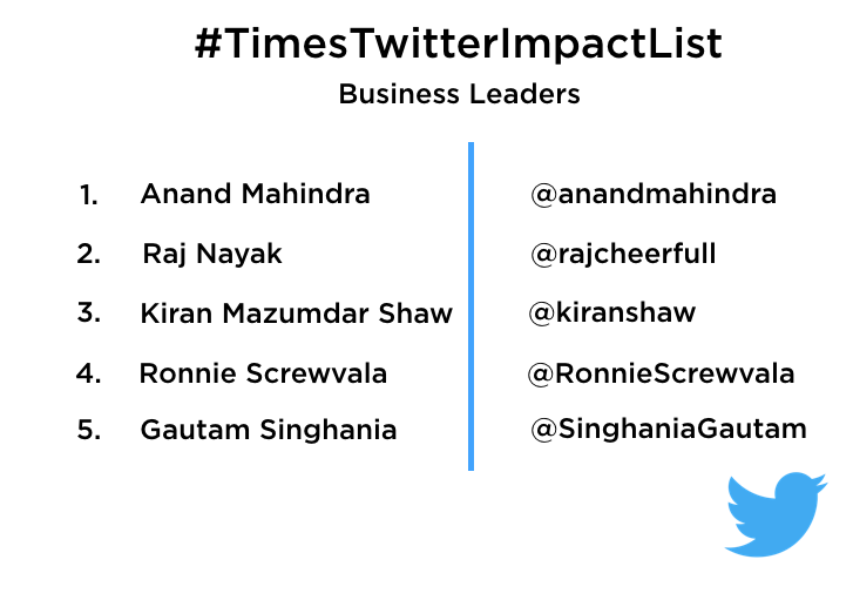 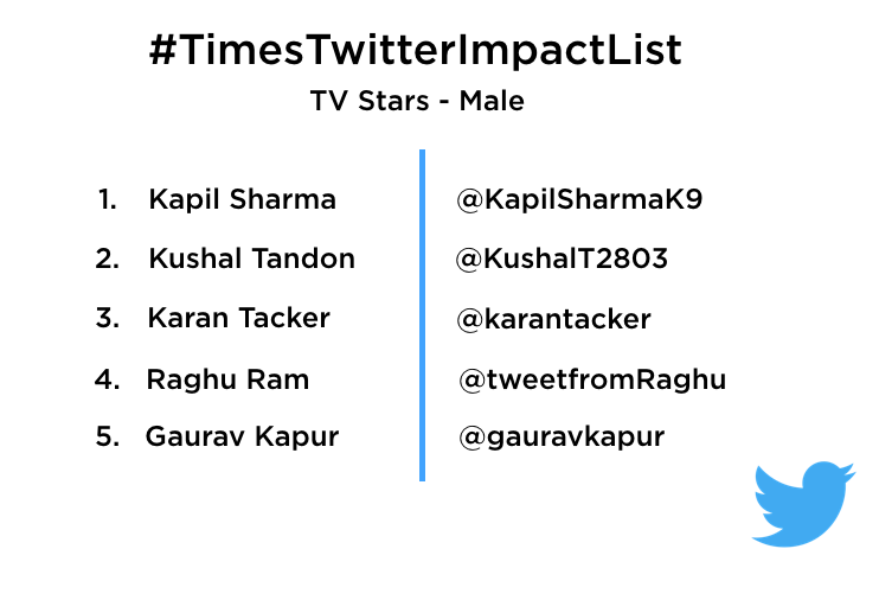 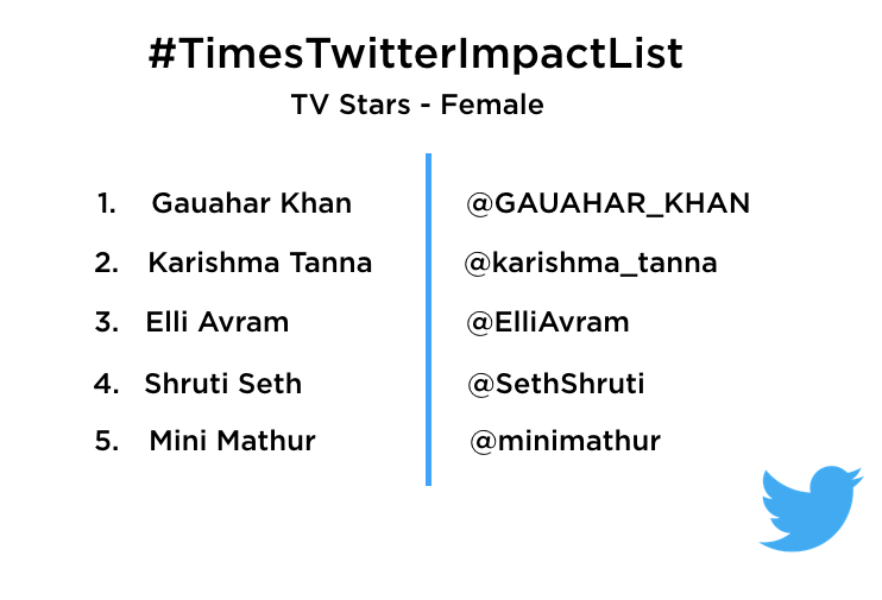 Times Now (@TimesNow) is the top News brand, while Zoom TV (@ZoomTV) emerged as the top TV channel in the Bollywood/Youth/Music category. 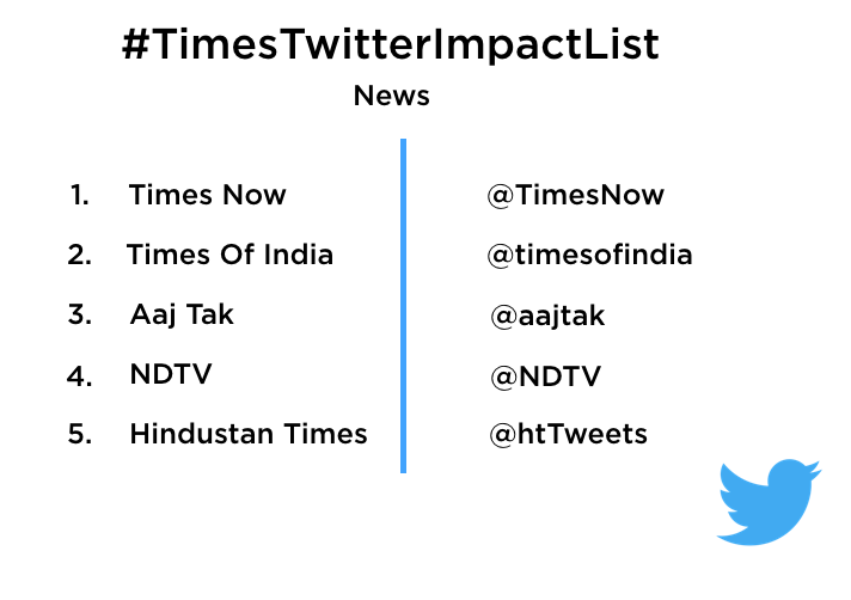 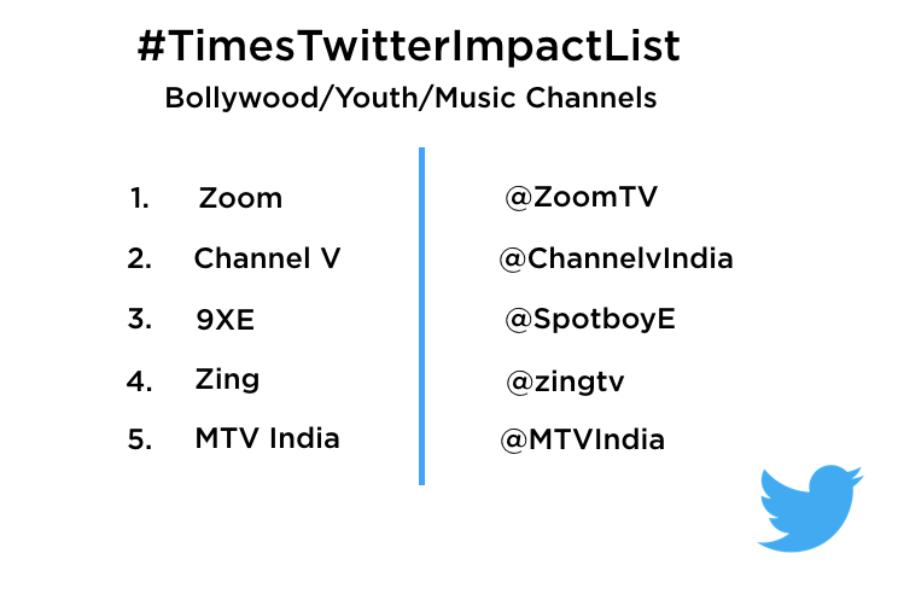 Check out this collection of Tweets by @bombaytimes, @timesofindia, and others who made it to the #TimesTwitterImpactList.