After #WT20 became the most-Tweeted cricket tournament of all time, the eyes of the cricketing world are focused on India again. The ninth season of the @IPL kicked off with an inaugural win for new inductees @RPSupergiants against @mipaltan — and as the rest of the teams get their 2016 campaign underway stuff, Twitter is heating up too.

So far this season, there have been 80 million impressions of Tweets related to #IPL 9 up to the the Mumbai Indians v Royal Challengers Bangalore match. 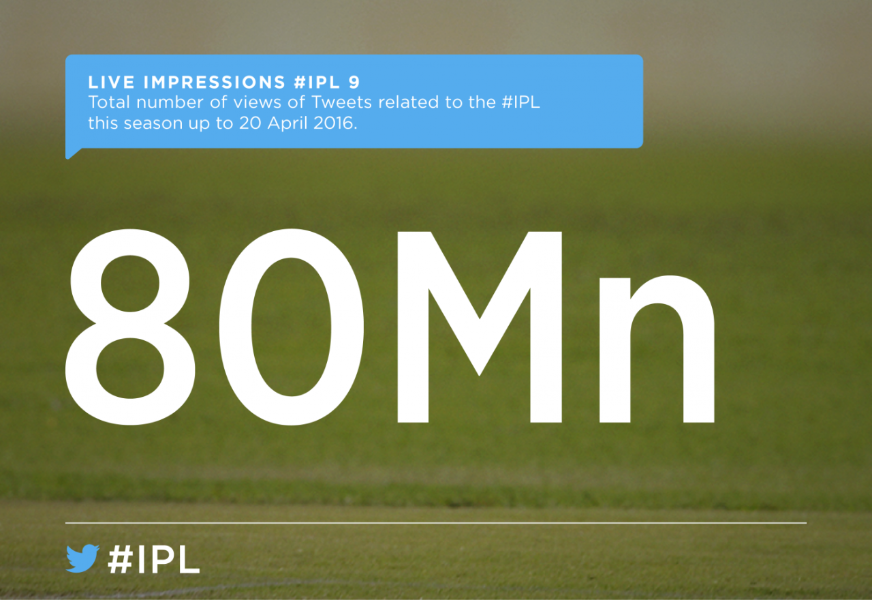 Throughout the seven weeks of world-class cricketing action, Twitter will help fans get closer to the action than ever before — like updates from your local team, favourite players across the league, celebrity owners, commentators, and even your fellow fans.

Below, we’ve ranked all the eight teams by their number of followers: 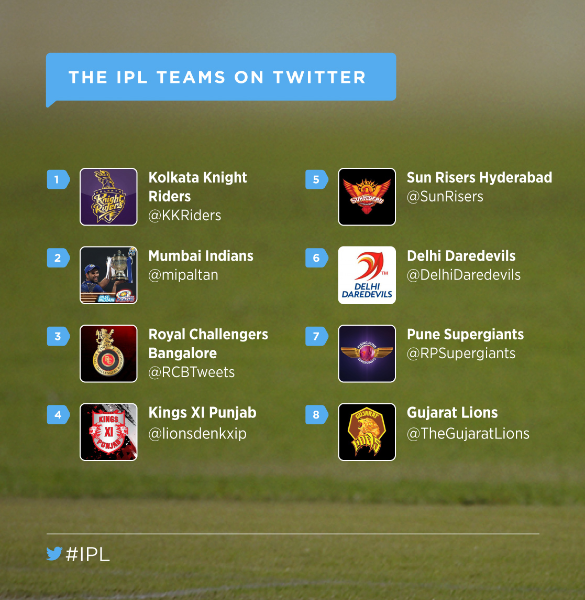 Fans can also follow @IPL for in-match Twitter video highlights to catch up on the best action in real-time.

You can also stay in touch with some of the best highlights from the season with this list of accounts to follow.

Each Tweet with #IPL will be featured on the timelines we described above. The official hashtags for the individual teams are as follows:

Each match will also have a unique hashtag to help you follow along and join the conversation as the teams go head to head in the following format: