How @ICC #WT20 played out across the world

As the world’s 16 best Twenty20 cricket teams did battle over the last month, all of the tournament’s biggest moments played out on Twitter in real time, making the @ICC#WT20 the cricket tournament with the most Tweets-per-match, ever.

The West Indies (@westindies) created history by becoming the first team to win the event twice, with Carlos Braithwate (@TridentSportsX) smashing four consecutive sixes to seal an incredible win in the final over England (@englandcricket), and the team celebrated with their signature dance.

Cricket fans from host nation India and all over the world came to Twitter to talk about winning moments, massive sixes, shocking upsets, classic catches, and more throughout #WT20. This contributed to more than 5.75 billion views (impressions) of Tweets across every match throughout the tournament. 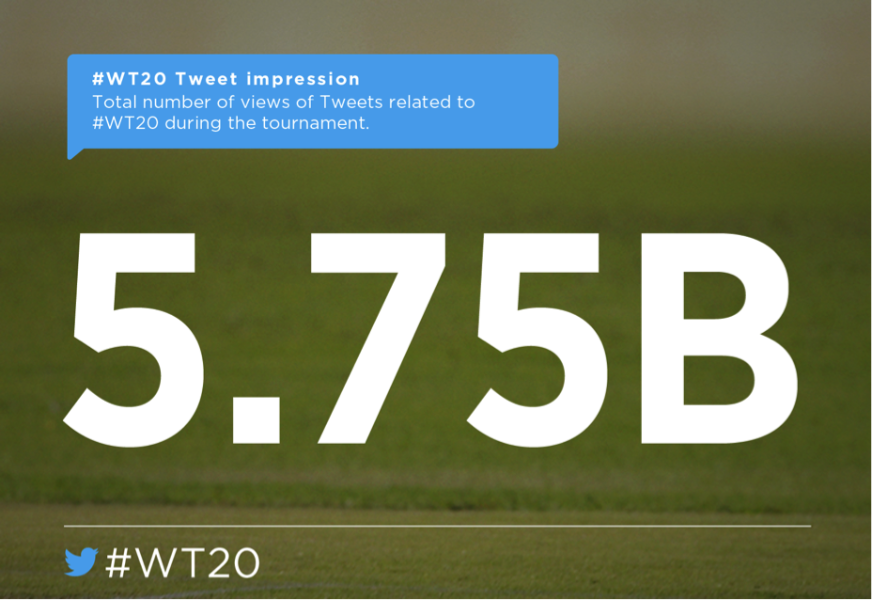 With 1.12 million Tweets, the most-Tweeted match was #INDvPAK making it the biggest T20 match ever on Twitter! The second most-Tweeted was #INDvAUS followed by #INDvWI.

One of the most exciting games of #WT20 was the do-or-die, winner-takes-all clash between India and Australia. @imVkohli scored 47 runs in the last five overs, hitting seven boundaries and a six, and the moment he hit the winning runs to secure India’s passage to the semi-finals was the most-Tweeted of #WT20. 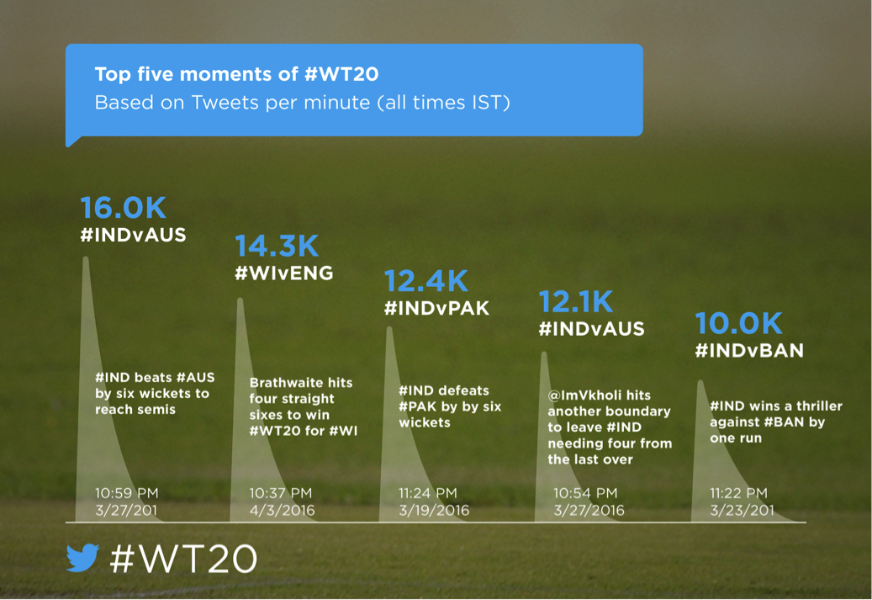 Here are some other great Tweets from #WT20.

The Twitter XI has strong representation from India with six and #WT20 champions West Indies with two players. 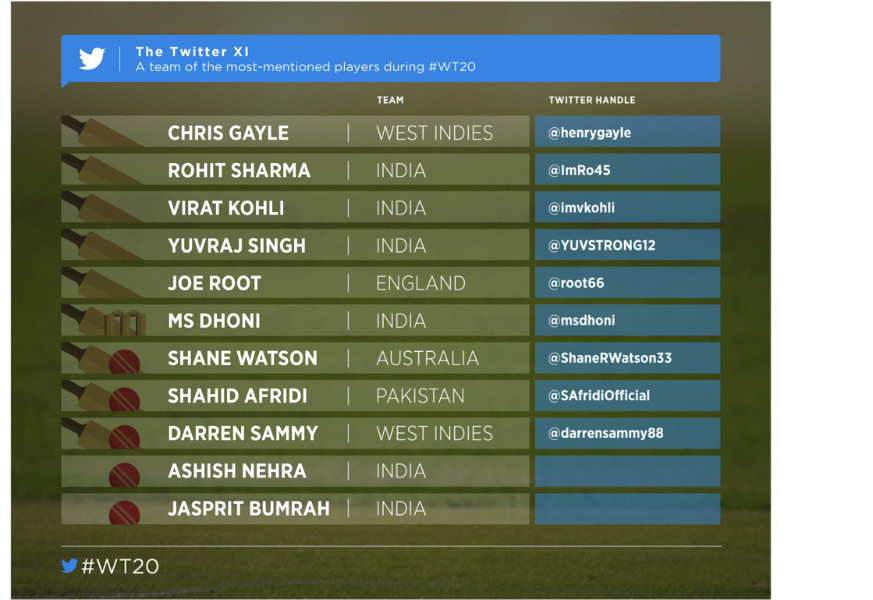 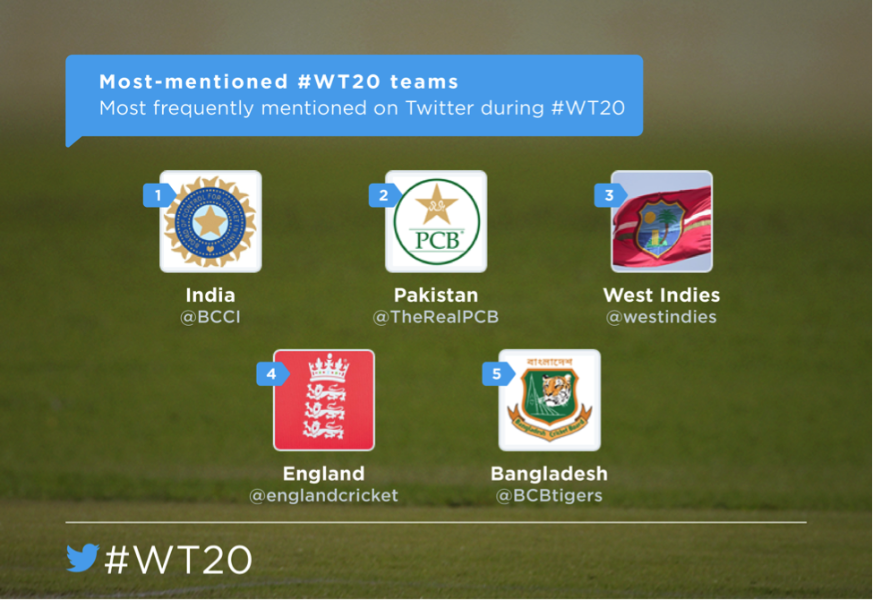 There was a particularly fun instance of Hardik Pandya recounting the thrilling final over of the win against Bangladesh with stories from the field.

The 2016 @ICC#WT20 was particularly special on Twitter for the videos shared on the platform
by partners and users that have fans a flavour of all the behind-the-scenes action.

There was even a special Vine channel for the World T20.

During the @ICC#WT20, 48 lucky cricket fans Tweeted and were featured on live global TV at the post match ceremony with the winning captain answering their question.

@ICC then Tweeted a photo or video of their special moment to each of those lucky fans to keep for eternity.

As a result, #AskCaptain questions per match grew by 63% over the 2015 Cricket World Cup and here is a collection of some of those Tweets.

Cricket fans were also able to collect special Twitter trump cards of players and moments during the event and they sent over 120K Tweets with #WorldT20Heroes!

Finally, every player of the match at the event signed off with a special, autographed Twitter Mirror photo to leave fans a message after their match winning performance. You can take a look at some of these Tweets here.