How #IPL 9 flicked it over the ropes

Another first was a Twitter Moment created especially for an @IPL final. Relive the match with this selection of some of the best Tweets from #IPL 9’s biggest match.

To give you an idea of just how widespread the conversation was during the final, look at this heat map. 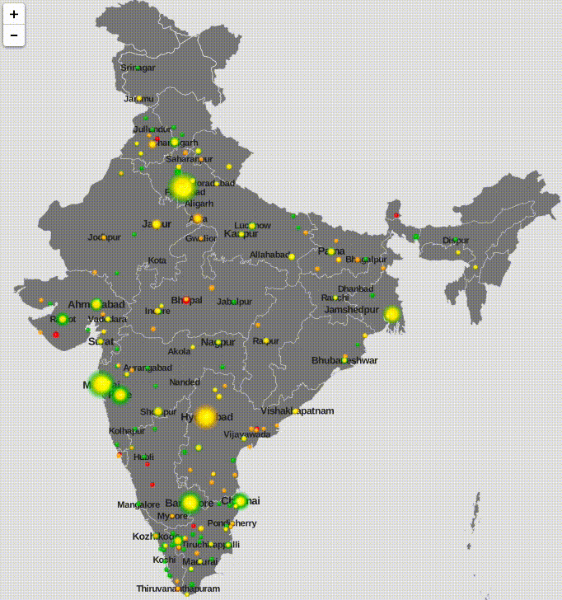 As the excitement on the field soared, the @IPL brought fans even closer to the action this year by publishing 32x more video Tweets than 2015. These videos included in-match highlights, net sessions and announcements and led to a 64x growth in video views for IPL over 2015. 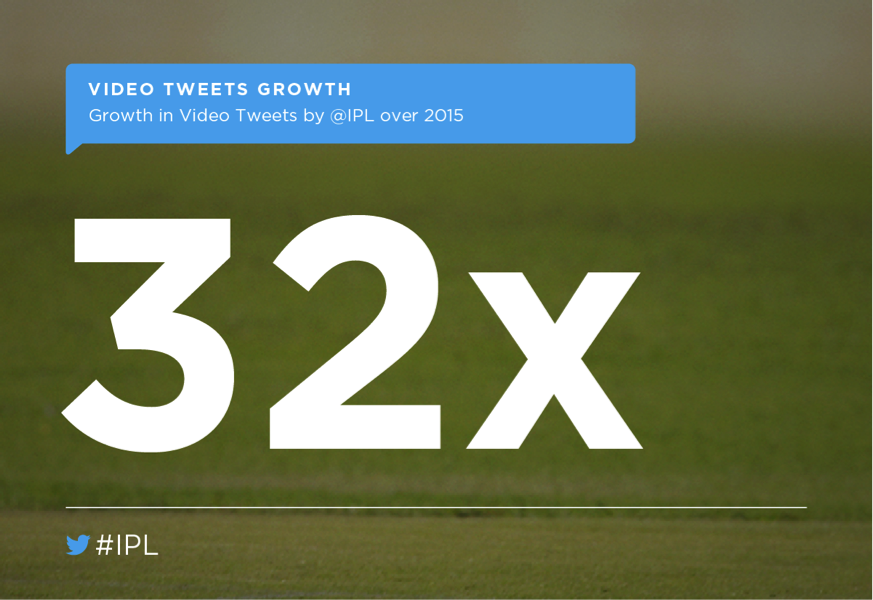 Here is a collection of some of the best highlights from the season as Tweeted by the IPL.

Champions Sunrisers Hyderabad (@Sunrisers) also video-Tweeted their way to the trophy and here is a collection of video Tweets that documents their journey.

Those were some world-class cricketing moments in the season, and here’s the peak moments from #IPL 9 based on Tweets per minute spikes.

With a record breaking 973 runs and captaining @RCBTweets to their first IPL final in 5 years with an inspired push late in the season, @imVkohli was the most-mentioned player on Twitter throughout #IPL 9. Check out the full top five list in the graphic below. 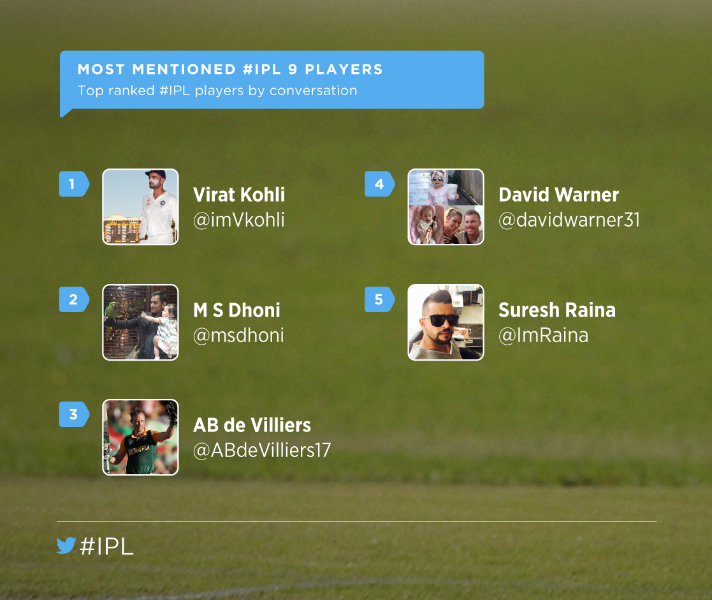 And while the final got Twitter talking more than any other #IPL 9 match, there were plenty of other highlights throughout the season. Here’s the five most Tweeted matches. 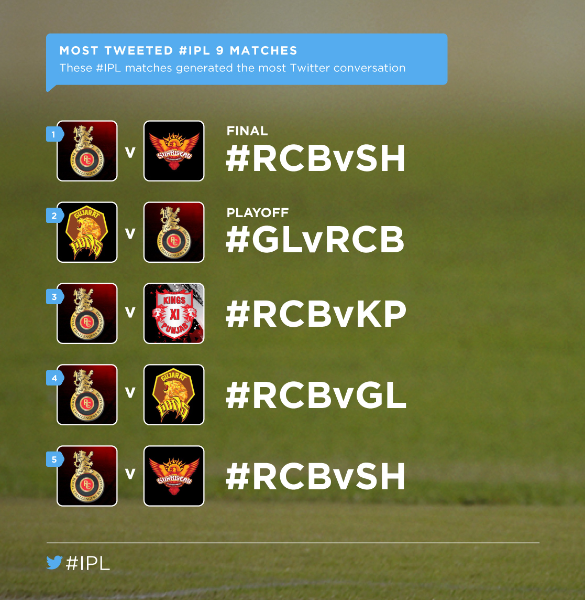 With two new teams, there was also plenty of chatter about all eights sides, whether you loved them or didn’t. Here’s how your team ranked in Twitter conversation 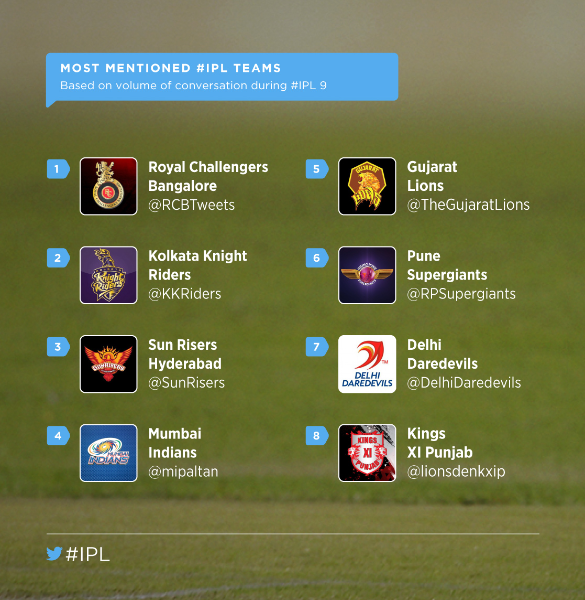 That’s it for another amazing season of #IPL! We’ll leave you with this collection of some of the most Retweeted Tweets of the entire season.