The Government of India has been highly effective with its digital communication. Taking digital governance to the next level, the Ministry of External Affairs (@MEAIndia) launched today ‘Twitter Seva’ the live customer service resolution solution, to provide real-time service delivery and user interaction globally. Twitter Seva will enable Indians here and abroad, tourists and business travellers to Tweet for speedy resolution to their visa and passport queries. 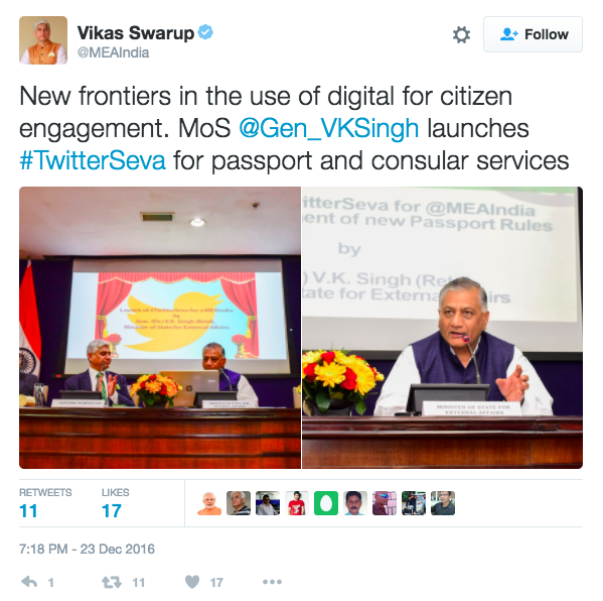 The Seva service roll out will be supported by 198 Twitter accounts of Missions and High Commissions across the world and 29 Regional Passport Offices (RPOs) in India. This comprehensive global roll-out of Twitter Seva will enable timely, transparent and large scale response to citizen Tweets in real-time, thus, enhancing scalability and expediting the process of dealing with requests by Indian and global citizens.

Both Indians and Non-Indians can simply Tweet with their query relevant MEA Twitter account – be it from a couple having trouble getting their child a passport, cry for help by migrant workers who have claims for unpaid wages, someone trying to get their relative’s dead body home or simply a person seeking help with passport and visa documentation. The request will activate the concerned office nationally or across the world. 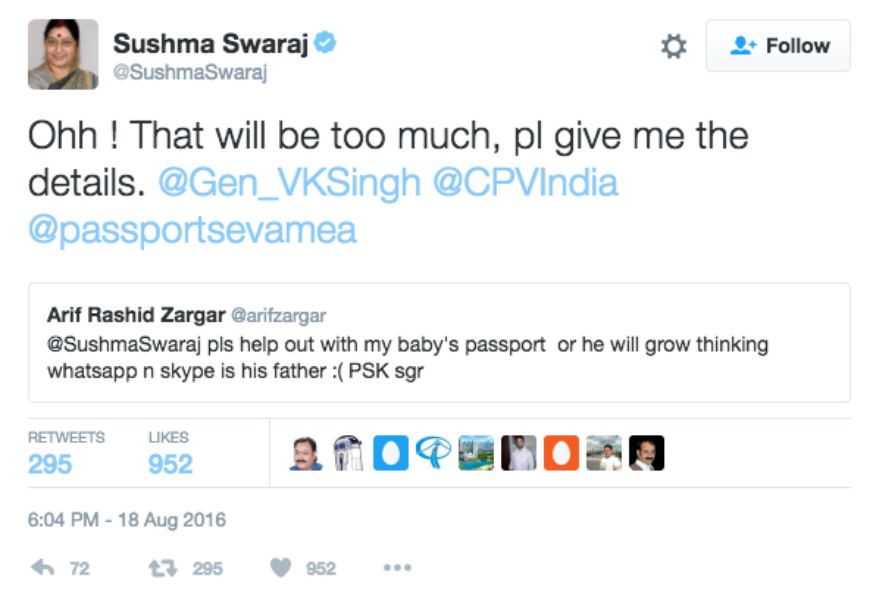 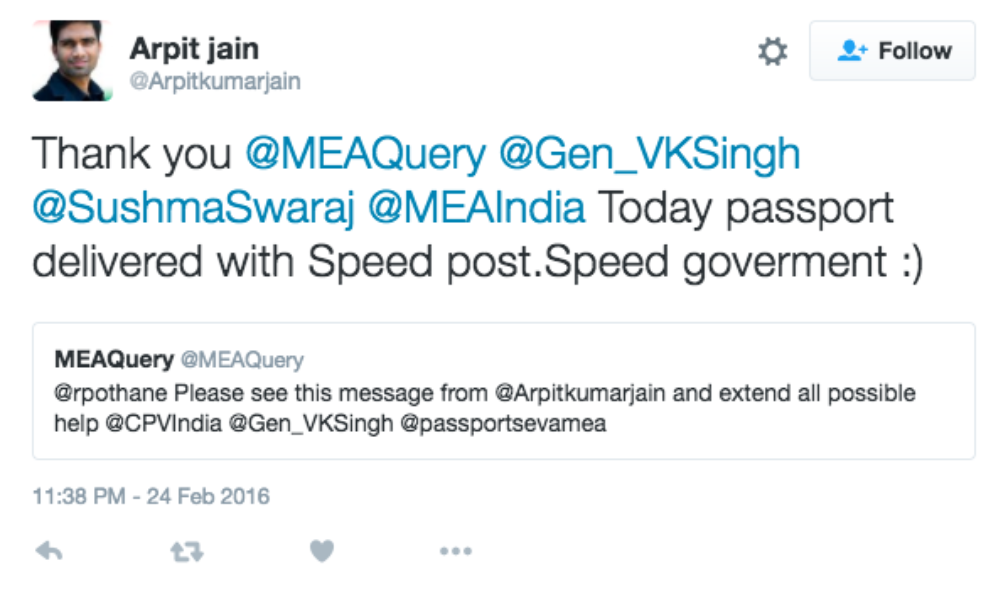 “Over time, Twitter has proved to be a powerful tool for communicating and exchanging information especially in times of need. Our action-reaction process has witnessed a real time boost. With the adoption of Twitter Seva today, our commitment to serve our people in India and across the globe in an enhanced, timely and transparent manner will take a new leap forward.”

How does Twitter Seva work?
Twitter Seva, Twitter’s customised live customer service delivery solution, is an effective mechanism to respond to public queries and grievances that helps process large volumes of Tweets, converts them into resolvable tickets, and assigns them to the relevant authority for real-time resolution.

Twitter is pleased to support the Ministry of External Affairs as a key platform for digital diplomacy. The Twitter Seva system is now tracking more than 750,000 Tweets across 11 large government partners in two countries with more than 7500 Twitter handles supporting the live delivery of services. Each Tweet stacks up as a metric of the Government’s intent to deliver effective and transparent service.