Television and Twitter share a great synergy, and we revel in this seamless chemistry of live Tweeting during an iconic TV moment - be it reality TV, news, sports, or entertainment. This week, the sizzling talk show that everyone loves to talk about, #KoffeeWithKaran was a hit on Twitter as millions of viewers joined in the conversation as the show’s Season 5 debut episode aired on Sunday night.

The chatter on Twitter for the debut episode recorded more than 65,000 Tweets and 8 million impressions as people wrote mini reviews, commented on their favourite actors, laughed at the rapid fire revelations, and Tweeted about their favourite moments on the show.

One of the top moments of the episode was @iamsrk’s impersonation of news anchor Arnab Goswami that had his fans in splits. People also Tweeted about his pick up lines, witty remarks and honesty and expressed their fondness and love for the actor on Twitter. 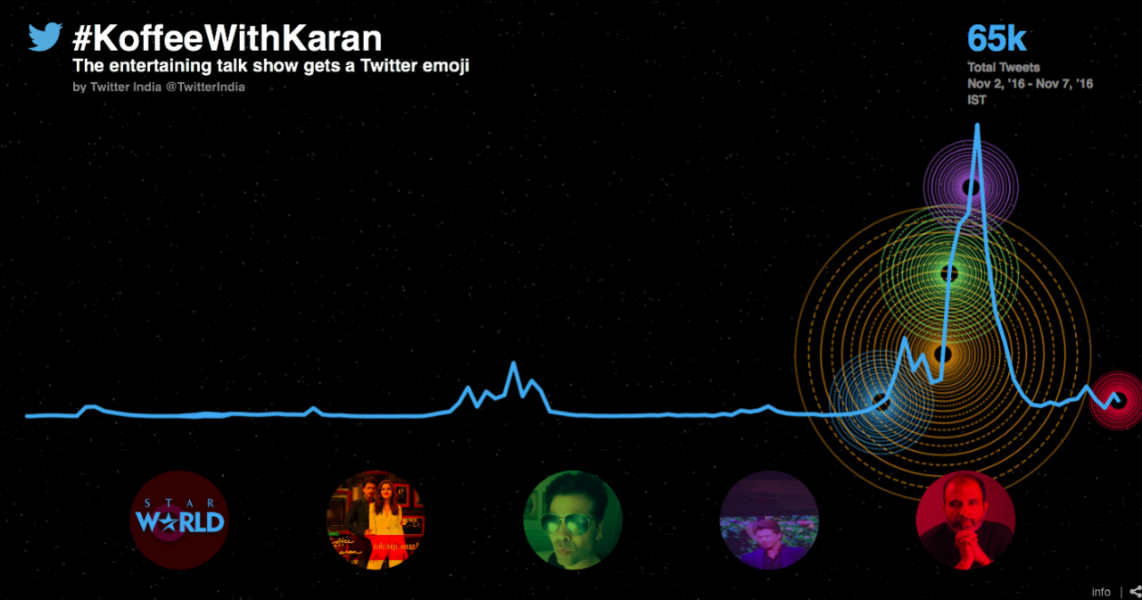 This year to delights fans, and following the success of the #BiggBoss emoji that we announced last month, we have also introduced our first #KoffeeWithKaran emoji. All you have to do it Tweet using #KoffeeWithKaran, #KWK, or #KWKonSW and you will see the iconic ‘yellow Koffee mug’ emoji appear in your Tweets. 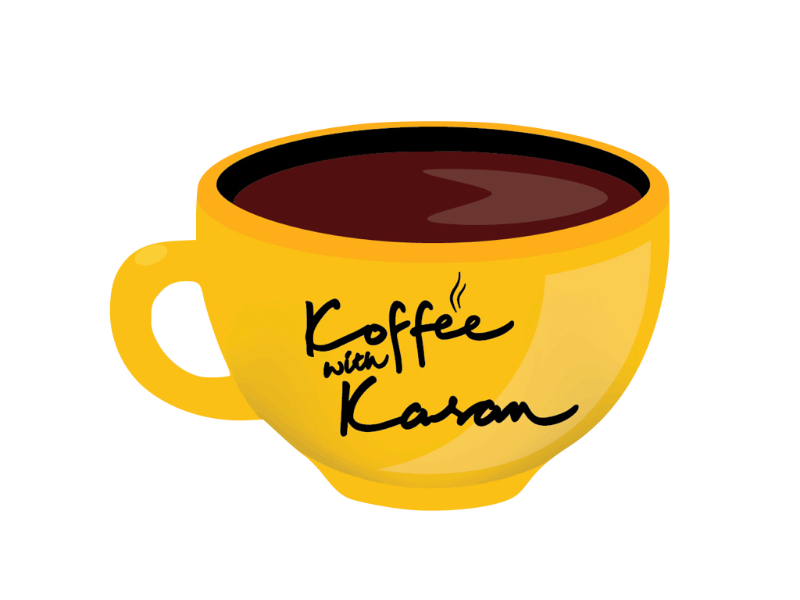 Tweet with #KoffeeWithKaran, #KWKonSW and #KWK and the customised Twitter emoji will appear next to the hashtag 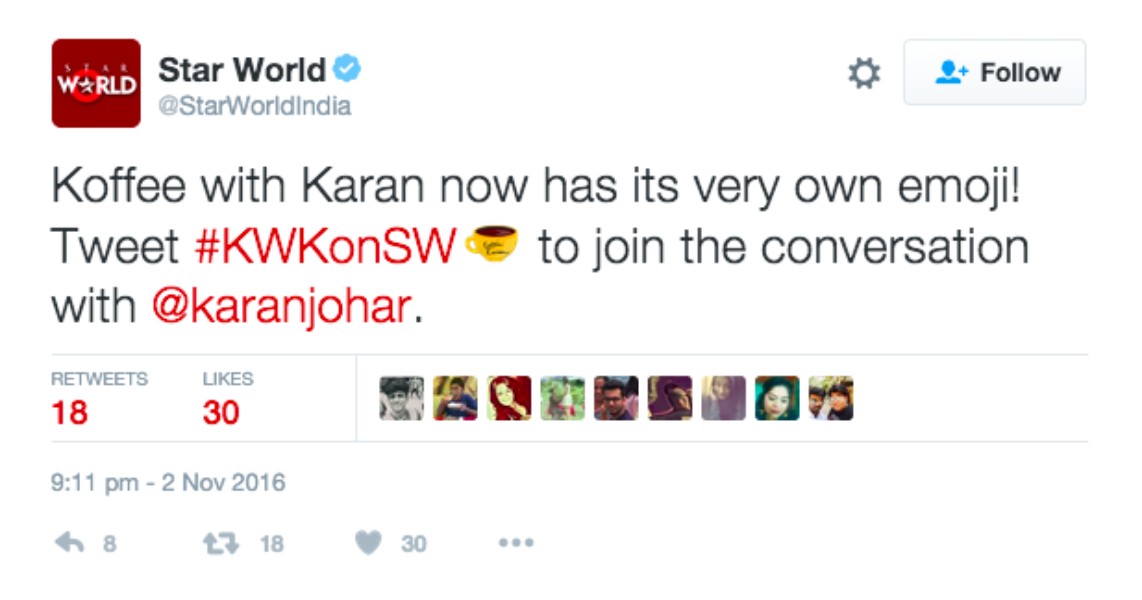 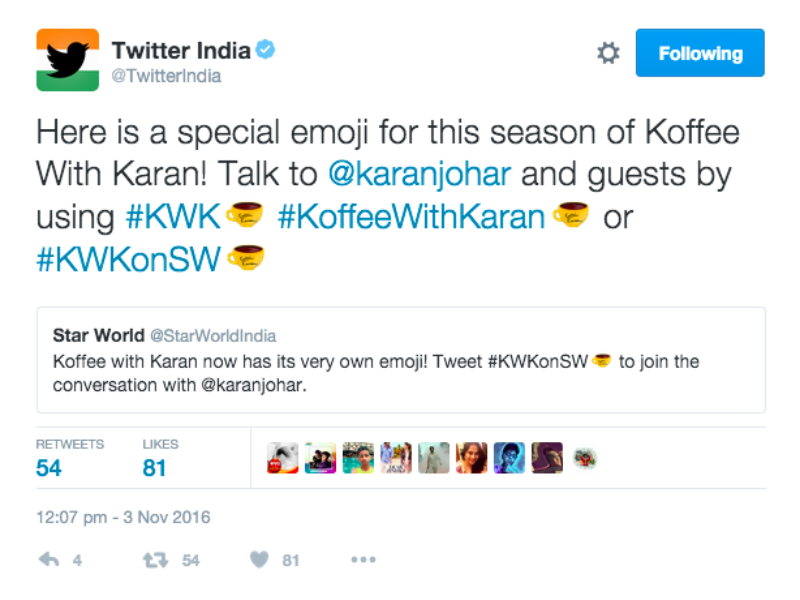 As an innovative twist, every week the show will also announce a new hashtag fashioned on the name of the celebrity guest in the hot seat and this dynamic and unique hashtag will also activate the special emoji. The celebrity hashtags for the first episode with Bollywood superstars Shah Rukh Khan (@iamsrk) and Alia Bhatt (@aliaa08) were #KoffeeWithSRK and #KoffeeWithAlia.

The TV broadcasters of #KoffeeWithKaran, Star World (@StarWorldIndia) Tweeted short, highlight videos of key moments in real time as the exciting episode unfolded. These videos connected fans on Twitter as they shared the moment’s hilarity or shock-value together with each other.

The videos were edited and Tweeted in real time using Snappy TV.

To marry the online world with the offline world, fans got a chance to get their own yellow Koffee mug by Tweeting #UnlockMyKoffeeMug to @StarWorldIndia, procuring a code and punching the code in a special vending machine set up at High Street Phoenix, Mumbai and CyberHub, Gurgaon.

See below for the hashtags and accounts to follow as well as to participate in the Twitter conversation of Koffee with Karan Season 5.

Stay tuned for more exclusive #OnlyOnTwitter content coming up for this season!