With each passing fashion season, Twitter is bringing fashion enthusiasts closer to the chatter — on the runway and off it. The official hashtag for Amazon India Fashion Week that concluded last week, #AIFWSS17, echoed the vibe of the event and took people on a minute-by-minute journey of five seriously hot days of fashion, without skipping a beat.

This season of #AIFWSS17 grew by nearly 40% in terms of Tweet volume in comparison to the last season, with more than 80,000 Tweets recorded for the 5-day event.

It was a #GIFparty this season!

We love our GIFs and now so does the Fashion fraternity! Some of the best moments of the season have been captured in this looped GIFs. Clearly, the fun never stops!

Here’s a Twitter Moment to see how it all wrapped up. 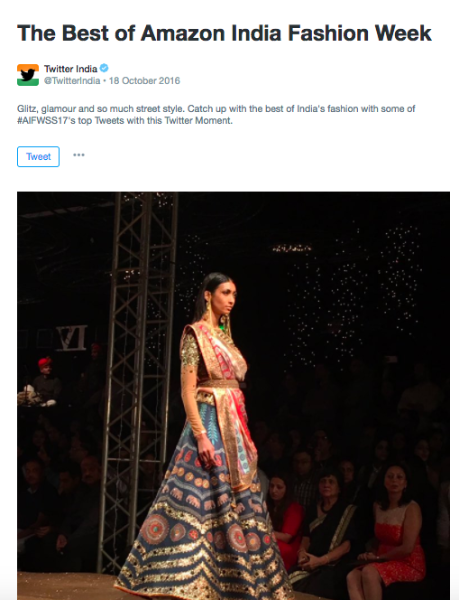