History was made at this year’s #IPLAuction as Mohammad Nabi (@MohammadNabi007) became the first Afghanistan cricketer to join VIVO @IPL while Ben Stokes (@BenStokes38) breaks record with 14.5 crores (US$2.16 million) fee for an overseas player from the Rising Pune Supergiants (@RPSupergiants). Cricket fans, teams, players, owners and journalists shared their reactions regarding the announcement and other highlights in real-time on Twitter as the 5th edition of the #IPLAuction took place on February 20th.

An amazing 230,000 Tweets related to #IPLAuction were sent in real-time over the one-day auction. Click on the interactive chart below to see the Twitter conversation flow and some of the top Tweets from the conversation on Twitter.

Feeling on top of the world being selected for Team @SunRisers @IPL auction. Tnx for your love & support. pic.twitter.com/O1ROW8BSpY

I think we are all set. Well done Team. https://t.co/QB3ebnAYks

Today in #IPLAuction , owners had to work and Sehwag shop. Enjoyed the shopping and looks like a good WorkShop . https://t.co/DW9eT9bVqU

Welcome to Pune @benstokes38 first round is on you!

Our purchases from the VIVO #IPLAuction 2017.
Let us know what you think of our new additions. #KnightsOf2017 pic.twitter.com/URVsM9G6QK

@IPL live Tweeted the auction as it happened, lighting up the conversation in India. Click on the heatmap (provided by @Trendsmap) below to see the pulse of the #IPLAuction 2017 conversation on Twitter India. 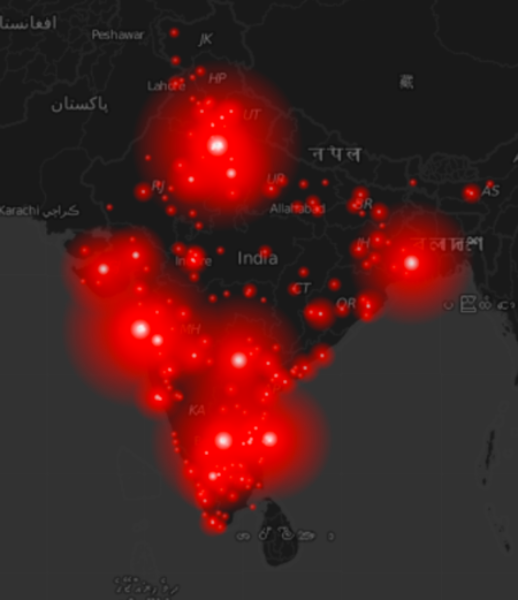 HISTORY MADE at #IPLAuction - Mohammad Nabi becomes the first Afghanistan cricketer to join VIVO IPL. He will play for @SunRisers pic.twitter.com/Y4sanD86Ev

The real-time experience of the #IPLAuction is taken to the next level as 11,000 viewers tuned in to watch Richard Madley share his live video broadcast on Periscope:

Richard Madley is here with us LIVE as he shares his experiences with us #IPLAuction https://t.co/9SsvuPZuKN

Dhoni is no longer captain of @RPSupergiants. was the only reason to support Rising Pune Supergiants. Sigh..! #IPLAuction
??? pic.twitter.com/mmq7J8FHEq

No meaning of #IPL2017
Not interested in #IPLAuction
No meaning of supporting @RPSupergiants if MS Dhoni is nt captain ?#WeWantCaptainDhoni pic.twitter.com/h8Zf4tNJAN

The #IPLAuction might be over, but this is just the beginning of the action for #IPL2017. Follow Indian Premier League @IPL and all of your favourite teams on Twitter to get ready for the start of the season!