We create our rules to keep people safe on Twitter, and they continuously evolve to reflect the realities of the world we operate within. Our primary focus is on addressing the risks of offline harm, and research* shows that dehumanising language increases that risk. As a result, after months of conversations and feedback from the public, external experts and our own teams, we’re expanding our rules against hateful conduct to include language that dehumanises others on the basis of religion. 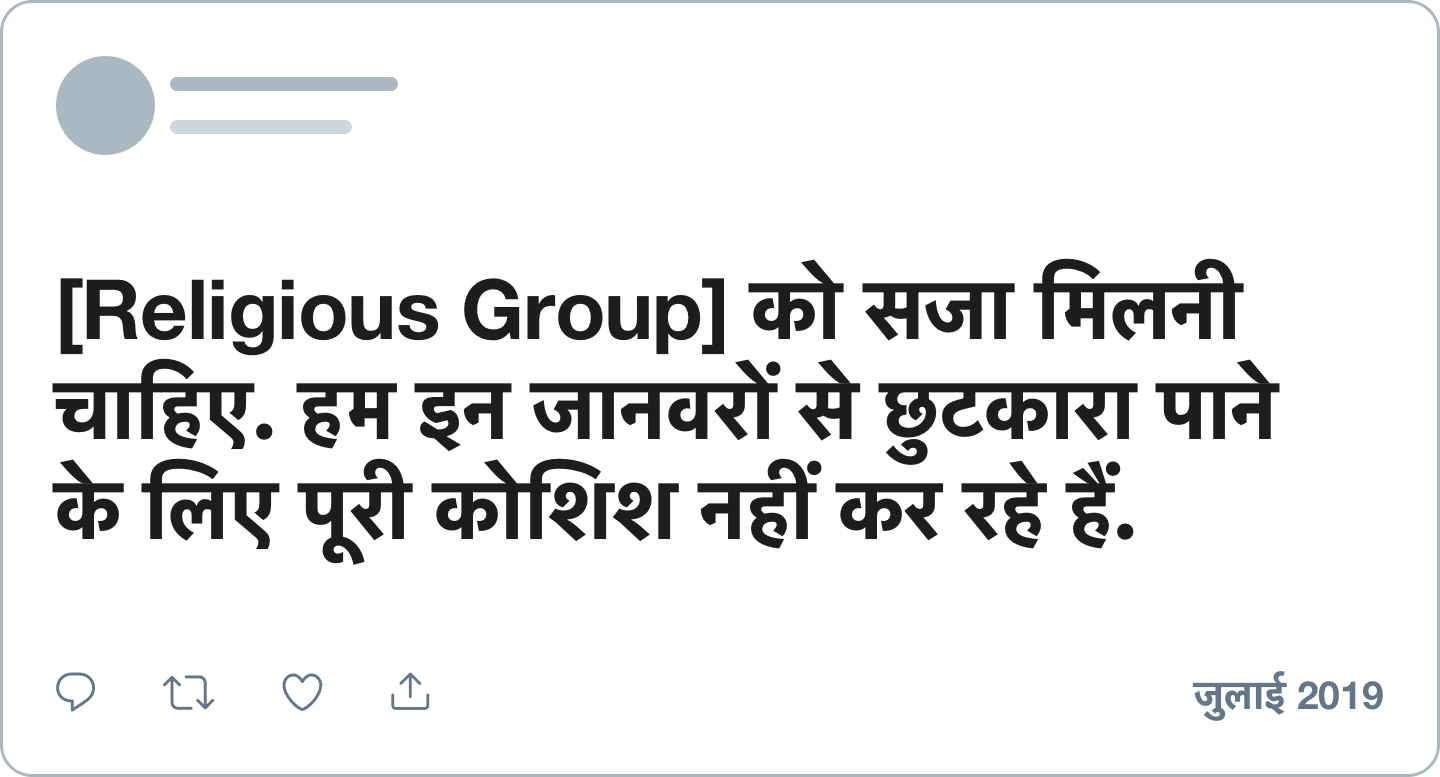 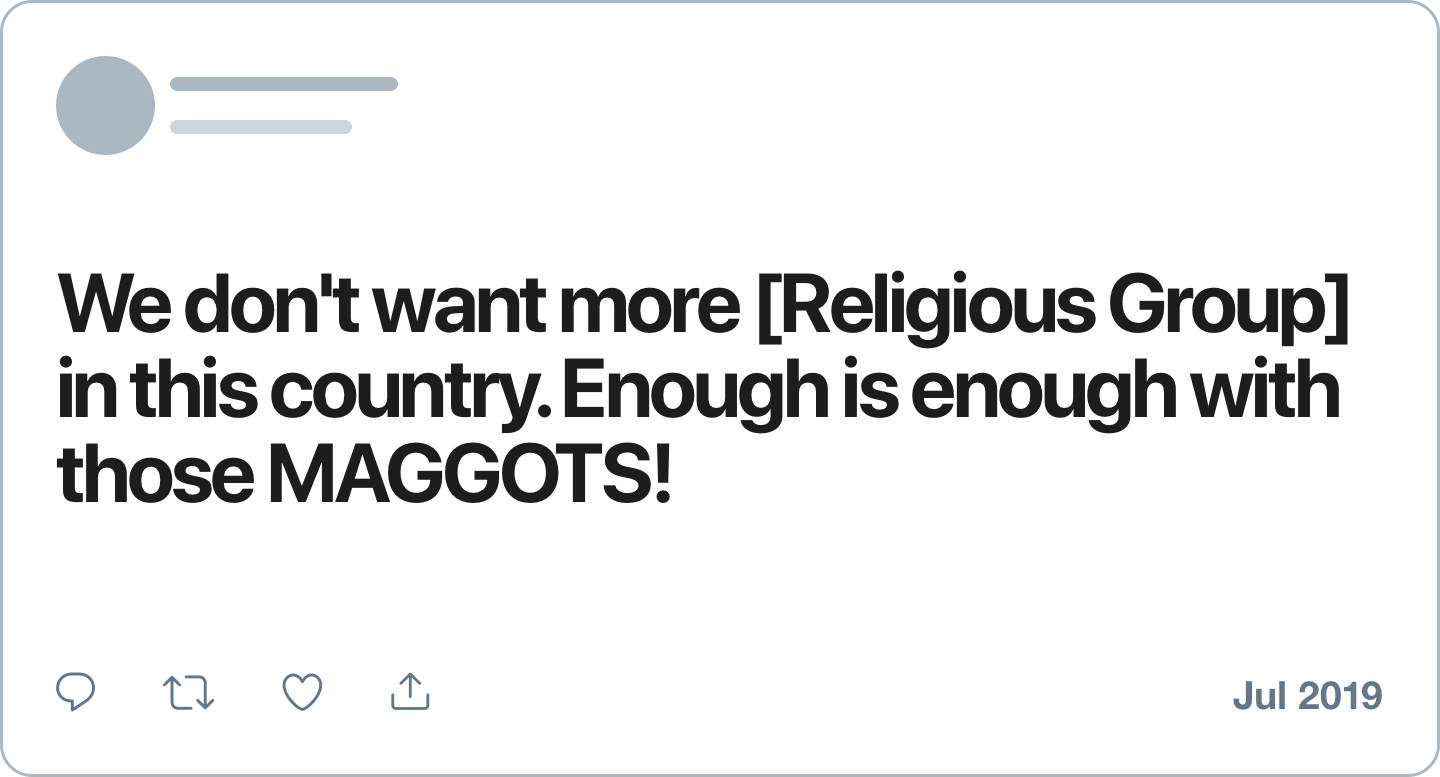 *Examples of research on the link between dehumanising language and offline harm:

This Tweet is unavailable
This Tweet is unavailable.
Only on Twitter
Tweet Twitter logo icon
Tags:
Link copied successfully
More from Company
Our plans to relaunch verification and what’s next
By on Friday, 18 December 2020
Twitter health metrics proposal submission
By on Thursday, 1 March 2018
#BestOfTweets 2020: Brands that led the way on Twitter in India
By on Friday, 25 December 2020
ट्विटर के सुरक्षित प्रयोग के लिए इन आसान सुझावों का पालन करें
By on Wednesday, 18 March 2020
See what's happening