Protecting the integrity of the election conversation in India

Improving the collective health of the public conversation is our number one priority as a company, and protecting the integrity of elections is an essential part of our mission.

India is the world’s largest democracy, and one of our largest and fastest-growing audience markets in the world so the 2019 Lok Sabha is a key priority for Twitter, globally.

As we lead into the elections, we'd like to take this opportunity to share some updates on the work we've been doing to protect and enhance the health of the public conversation at this pivotal cultural and political moment.

As we announced late last year, we’ve made a number of changes to our product, policies and approach to enforcement to address the behaviors which distort and detract from the public conversation on Twitter - particularly those which can surface at critical moments such as elections.

Evolving our product: We continue to make improvements to the Twitter product to help people stay informed and to see the best content first. For example, we recently updated the timeline personalization setting to allow people to select a strictly reverse-chronological experience. This provides account holders with more control over how they experience what’s happening on our service.

Updating the Twitter Rules: We updated the Twitter Rules to provide clearer guidance on several key issues including fake accounts, attributed activity and distribution of hacked materials. In the area of fake accounts, we have expanded our rules to better reflect how we identify fake accounts, and what types of inauthentic activities are violative. In the area of attributed activity, we expanded our enforcement approach to include accounts that deliberately mimic or are intended to replace accounts we have previously suspended for violating our rules. In the area of hacked materials, we expanded the criteria for when we will take action on accounts which claim responsibility for a hack. This includes threats and public incentives to hack specific people and accounts.

Addressing manipulation on the service: We continue to invest intensively to identify and combat bad-faith actors who try to manipulate the service. Twitter fights platform manipulation (including spam and malicious automation) strategically and at scale. We have developed machine learning tools that identify and take action on networks of spammy or automated accounts automatically. This lets us tackle attempts to manipulate conversations at scale, across languages and time zones, without relying on reactive reports. We introduced a new registration process for developers requesting access to our APIs to prevent the registration of spammy and low quality apps, and we are continuing to roll out improvements to our proactive enforcements against common policy violations. This includes building new proprietary systems to identify and remove ban evaders at speed and scale. We continue to make strong progress and are now removing 214 percent more accounts year-over-year for violating our platform manipulation policies.

Scaling our internal team: Similar to the model we put in place for other recent elections around the world such as the U.S., Brazil, and Mexico, we’ve formed an internal, cross functional elections group to lead our electoral integrity work from now through polling day. Using our proprietary-built internal tools, the team proactively protects trends, supports partner escalations, and identifies potential threats from malicious actors.

Improving language support and cultural context: As mentioned in previous posts, decisions around the enforcement of the Twitter Rules are made by a specially trained global team. This global team undergoes in-depth training into our policies, but we also have an intensive focus on local language, culture, and context, ensuring we’re taking social and political nuances into account. For example, we have native language speakers in major Indic languages used on Twitter.

Launching the Ads Transparency Center in India: As we announced earlier this week, we’re expanding our Political Campaigning Policy and Ads Transparency Center to include India. This allows anyone across the globe to view all ads that have been served on Twitter, with even more details on political campaigning ads including ad spend and targeting demographics. More information can be found here.

Working with political parties and election officials in India

We are continuing transparent and consistent communication with political parties from across the spectrum, as well as the Election Commission of India, so that they know how to report suspicious, abusive, and rule-violating activity to Twitter.

We launched a dedicated, elections-specific support portal for election partners to provide feedback directly to us about issues and concerns that could arise during the 2019 Indian election. This process is designed to ensure we receive and review critical feedback about emerging issues as quickly as possible.

During elections, we work closely with political parties across the spectrum to train them on using Twitter to best engage with their constituents. We continue to hold training and workshops with both regional and national parties (BJP, INC, CPI, CPI-M), and their respective state units. In last year, we have on boarded eight regional parties to Twitter including DMK (@arivalayam), AIADMK (@aiadmkofficial), Samajwadi Party (@samajwadiparty), ShivSena (@shivsena), Nationalist Congress Party (@ncpspeaks), Rashtriya Janata Dal (@rjdforindia), Telangana Rashtra Samiti (@trspartyonline), and Makkal Needhi Maiam (@maiamofficial). At the request of the various political parties, we held 15 training sessions on #ElectionsOnTwitter with different political parties, reaching hundreds of candidates, elected officials, and relevant party officials.

Our public verification process is currently closed however with the upcoming elections, we are working with Indian political parties to verify candidates, elected officials, and relevant party officials whose accounts will be active in the public conversation. More information can be found here.

Serving the public conversation in India

Over the last year, we have led and supported a range of local initiatives in India to help serve the public conversation and contribute to healthy democratic discourse. These include:

The public conversation on Twitter is never more important than during elections, the cornerstone of any democracy. Twitter shows the world what is happening, democratizes access to information and—at its best—provides insights into a diversity of perspectives on critical issues in real-time.

We deeply respect the integrity of the election process and are committed to providing a service that fosters and facilitates free and open democratic debate.

This is a constant process of learning and we gain insights from every election around the world, which helps inform our approach to this evolving challenge. The 2019 Lok Sabha is a priority for the company and our dedicated cross functional team is working to ensure that the health of the public conversation is enhanced and protected at this important time. 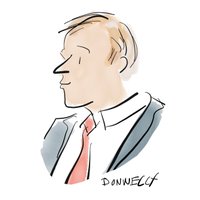