When something happens in the world, it happens on Twitter and hashtags have inspired some of the most important moments in the past. As the internet celebrates the 12th birthday of the hashtag today, we unveiled the top hashtags that dominated conversations on the platform in the first half of the year 2019 in India.

The top hashtag reflected the rise of regional entertainment on the platform, with Tamil action drama film #Viswasam landing the first spot.

This was followed by conversations around politics and governance. Throughout the campaign period for the #LokSabhaElections2019, politicians and political parties used Twitter to communicate with Indian citizens in the country and across the world, while citizens took to the platform to address their queries directly to contesting leaders.

As cricket fans came to Twitter to talk about winning moments, shocking upsets, classic catches, and unique to this World Cup - the memes about the rain, #CWC19 became the third most Tweeted hashtag.

#NewProfilePic encouraged visual content on the platform as users Tweeted about updating their profile pictures, becoming the fifth most commonly Tweeted Hashtag of the year.

Additionally, we launched an emoji to celebrate the symbol that connects communities and unifies conversations. The specially designed emoji is a hashtag symbol stamped on a heart, translating it into a beautiful interpretation of how the hashtag has transformed the nature of communication online, thus becoming a powerful way to aggregate global conversations and movements. 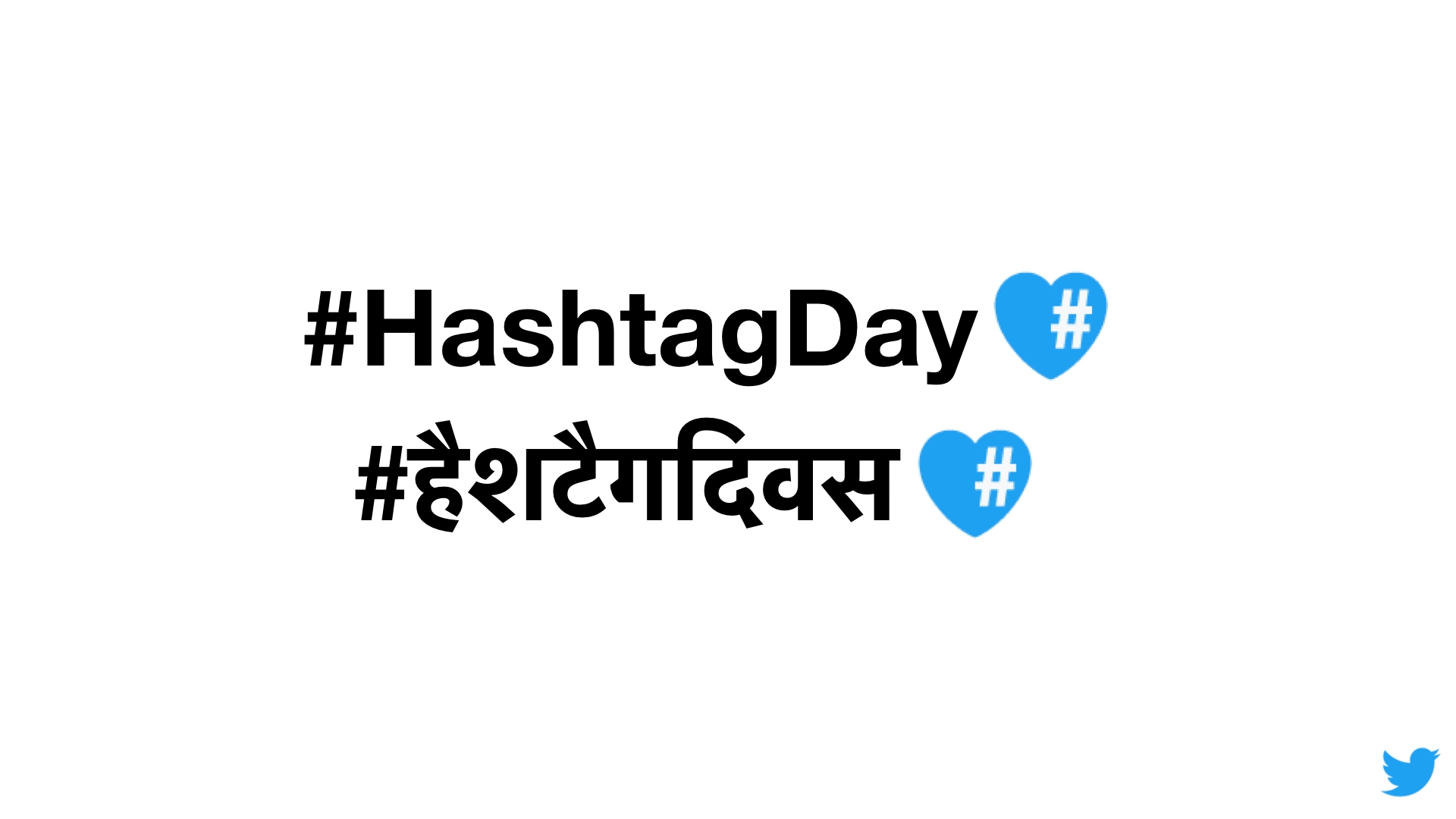 The emoji will be live for the day and will be available in English and Hindi. Users across the globe can participate in the conversations and celebrate by hashtag-ing their conversations on #HashtagDay and #हैशटैगदिवस.

The hashtag (#) was born on Twitter 12 years ago, and has become one of the most recognizable and widely used symbols of our time.

Here’s how users can leverage the power of a hashtag to Tweet:

This Tweet is unavailable
This Tweet is unavailable.
Only on Twitter
Tweet Twitter logo icon
Link copied successfully
More from Events
#ThisHappened2020: How India Stayed Connected, Informed and Entertained
By on Tuesday, 8 December 2020
IPL 2020: Chennai Super Kings become the most Tweeted about team
By on Wednesday, 25 November 2020
Conversation Replay: Study reveals what brought joy to people in India
By on Wednesday, 28 October 2020
#EachOneReachOne: Combatting COVID-19 with collective community efforts
By on Tuesday, 1 September 2020
See what's happening