A reminder about spammy behaviour and platform manipulation on Twitter

Platform manipulation, including spam and other attempts to undermine the public conversation, is a violation of the Twitter Rules. We take the fight against this type of behavior seriously, and we want people to be able to use Twitter without being bothered by annoying and disruptive spammy Tweets and accounts.

The Twitter Rules state that you may not use Twitter’s services for the purpose of spamming anyone.  Some examples of behaviours which would violate Twitter’s Rules against spam include:

To avoid any interruption to your account, you should avoid engaging in any of the activities above.

How can you report a user for violating the Twitter Rules as they relate to spam?

Reporting spam is easy and we can take action at an individual Tweet, or an account level. More information on how to report  can be found here.

What happens if you violate the Twitter Rules as they relate to spam or other forms of platform manipulation?

We reduce the visibility of spammy or suspicious looking accounts and content while we investigate whether the Twitter Rules have been broken - this basically means that less people will see your Tweets.

Once we've completed our investigation, if we determine that you broke the Twitter Rules, we will permanently suspend your account. If you think your account has been suspended by mistake, you can find out how to appeal the suspension here.

How Twitter fights spam and other forms of platform manipulation

We rely on advanced technology to help us fight spam, malicious automation, and other forms of platform manipulation. We use custom-built tools to aggressively help us identify these behaviors. We have improved our phone verification process and introduced new challenges, such as reCAPTCHAs, to help us ensure that a human is in control of an account. We also enforce against simultaneous actions such as Likes, Retweets, or follows from multiple accounts.

We’re making good progress and we now challenge between 8 and 10 million potentially manipulative  accounts per week. For more on some our policies and approach, see our latest Twitter Transparency Report. 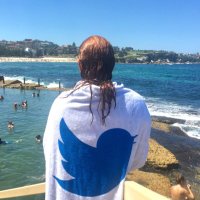