K-content’s growth on Twitter follows the explosive growth pattern K-pop showed. Twitter's strength, which allowed K-POP to expand its territory globally over the past few years, is expected to contribute to K-content spreading globally. Communities which were formed based on K-POP have now been expanded to other categories such as movies, dramas, and webtoons. 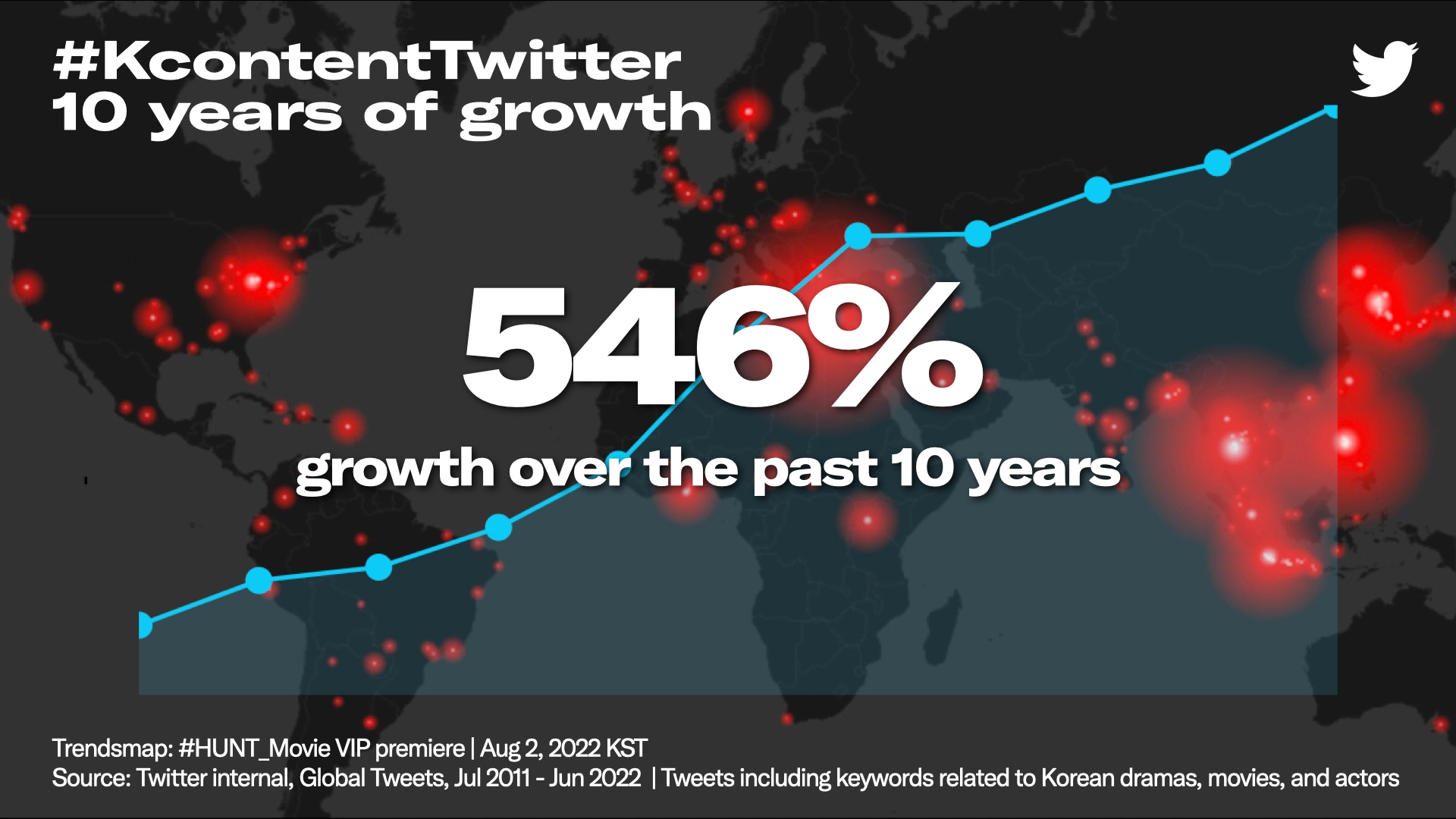 The amount of Tweets related to K-content has grown 546 percent over the past 10 years. The appearance of K-POP stars such as Kim Sejeong of ‘Business Proposal’, Lee Junho of ‘The Red Sleeve’, Lee Jieun (IU) of ‘Broker’ and Ok Taecyeon of ‘Hansan’ led the surge in related Tweets among fans around the world. The drama ‘Our Beloved Summer’ recorded the most number of Tweets on the day BTS V's soundtrack ‘Christmas Tree’ was released. Here’s more insight into #KcontentTwitter.

2022 Top 20 countries Tweeting most about K-content 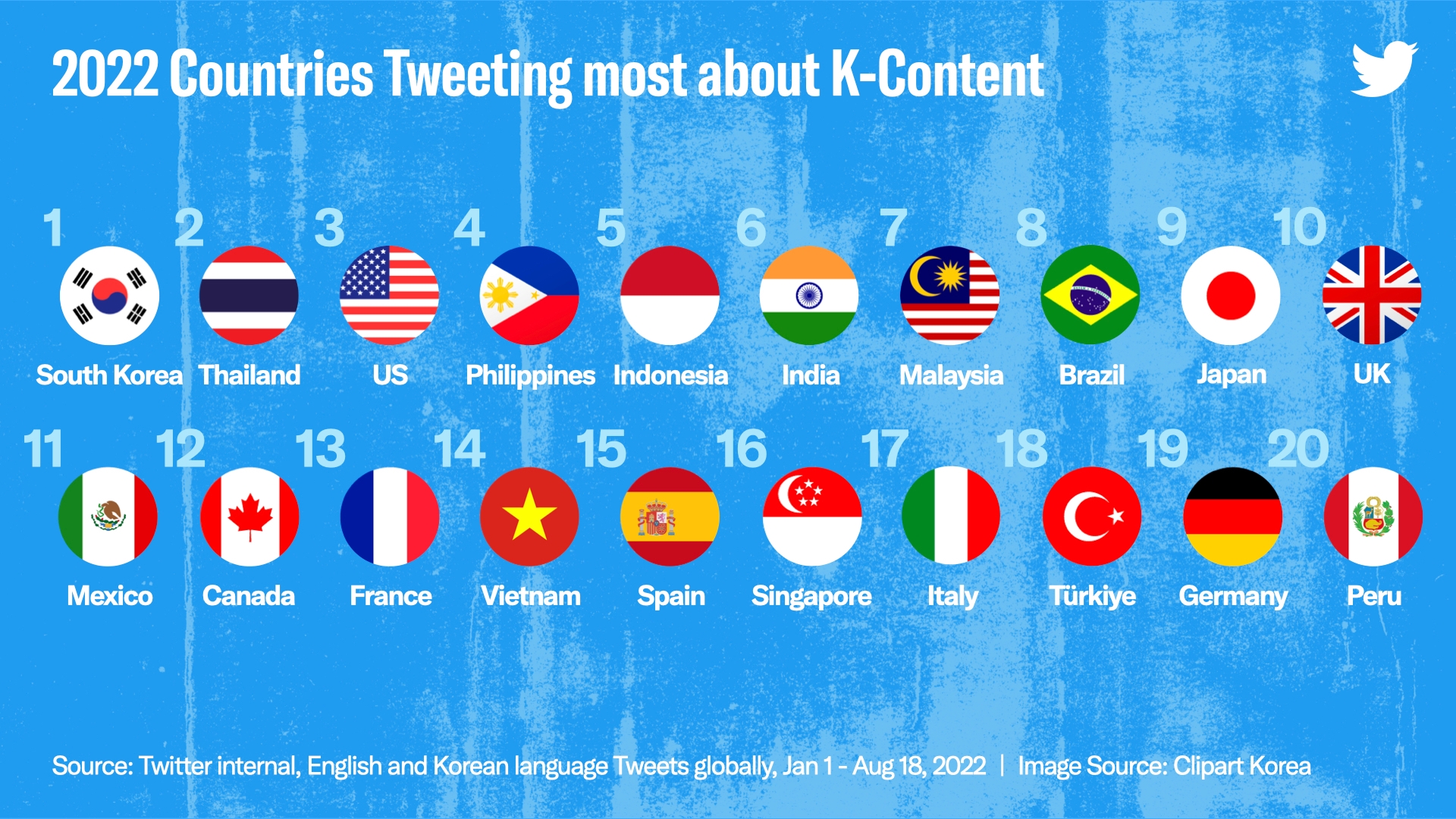 2022 Most Tweeted about K-Dramas in the World 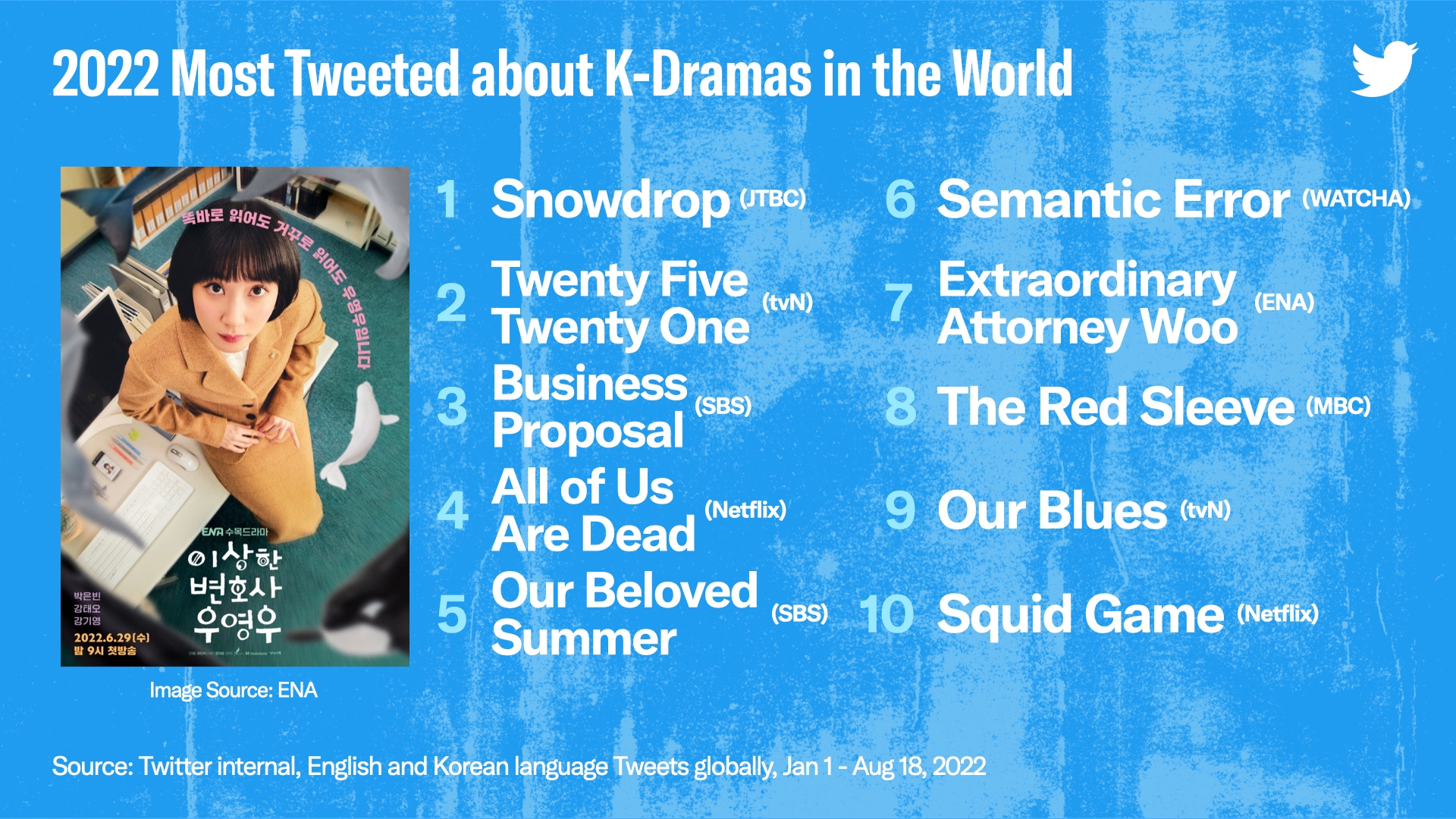 2022 Most Tweeted about K-movies in the world 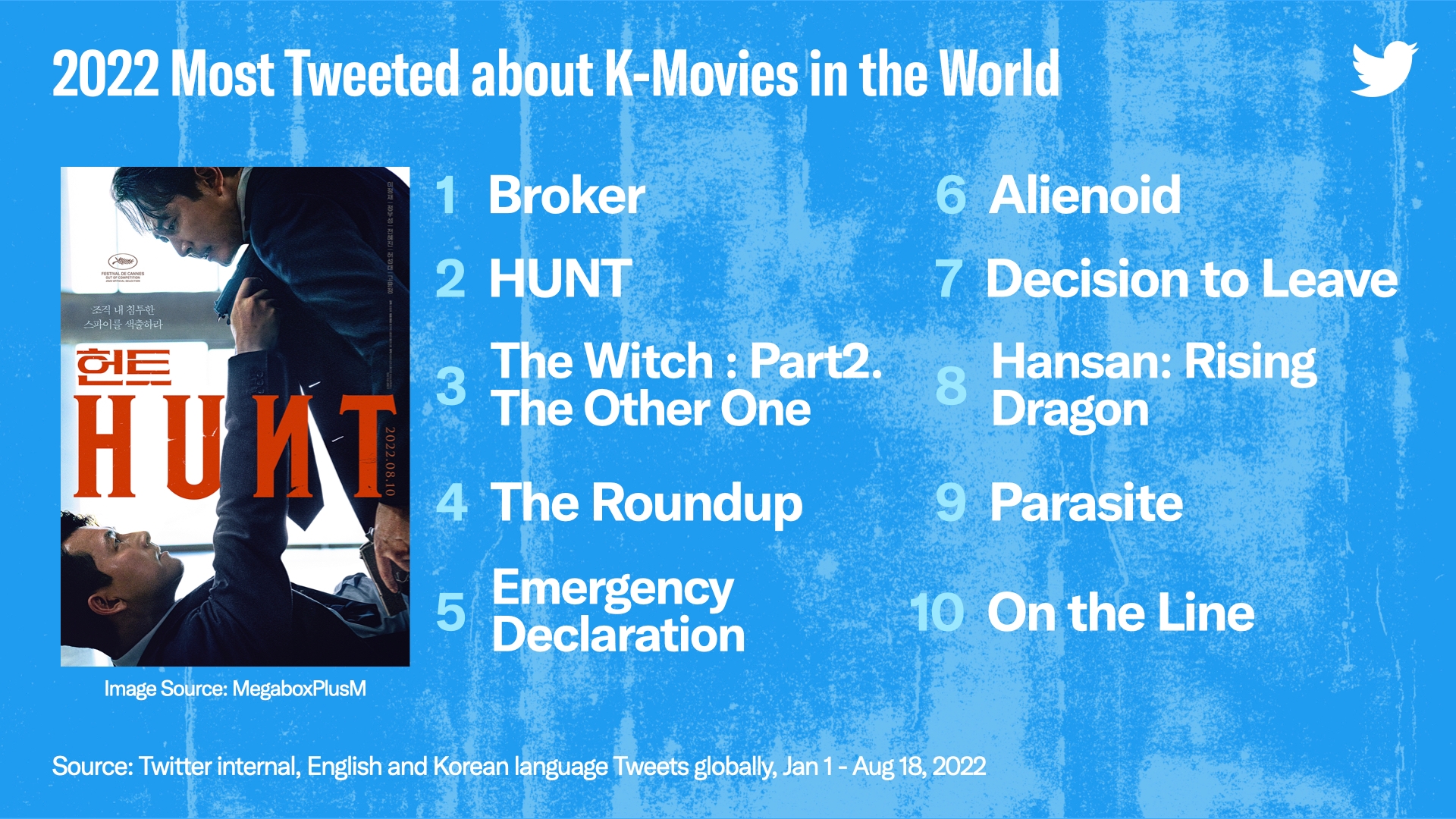 Fans from all around the world are leading the conversations about K-content on Twitter in real-time. Wherever you are, whatever you're watching, people are able to talk about it on Twitter. We’ll continue to make Twitter a place where KPOP and K-content fans can find #OnlyOnTwitter content. Follow @TwitterKorea for more about #KpopTwitter and #KcontentTwitter!

This Tweet is unavailable
This Tweet is unavailable.
Only on Twitter
Tweet Twitter logo icon
Link copied successfully
More from Events
K-hiphop is trending now: the growth of Korean hiphop on Twitter!
Thursday, 29 October 2020
Celebrating 10 years of #KpopTwitter
By on Tuesday, 22 September 2020
#BTS_Dynamite ranks no. 1 on Billboard Hot 100... 46M Tweets in 3 Days!
By on Wednesday, 16 September 2020
#PENINSULA hold #TwitterBlueroom Live exclusively, prior to Worldwide Premier
By on Monday, 27 July 2020
See what's happening