It’s interesting to watch as the Replies feature on Twitter evolves. This feature was not originally part of Twitter until people started doing it. Then we began linking the updates together and enough people started using it that requests for specific levels of control began rolling in. We received enough feedback from folks who enjoy using the @replies feature to create a new setting. 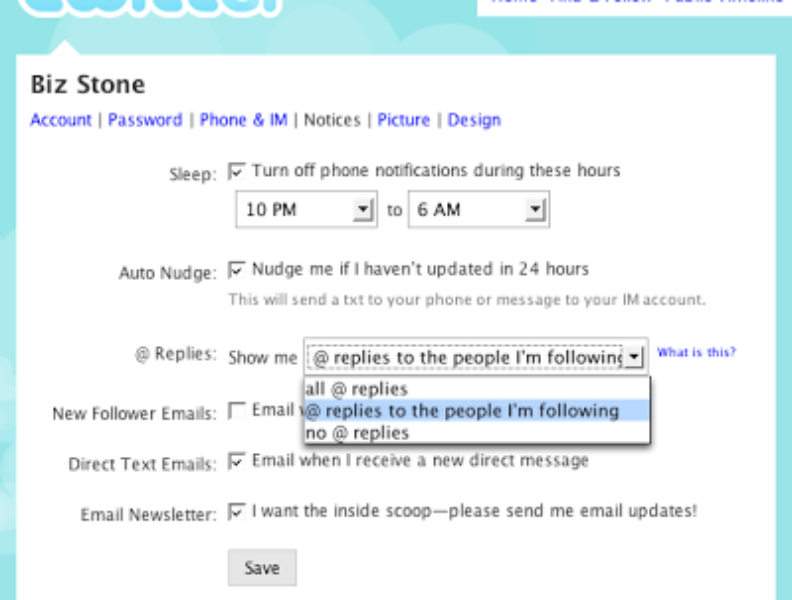 Essentially, we’ve added more control to the @replies setting on Twitter. Head on over to Settings > Notices if you want to tune the level of incoming @replies you receive. There’s also a help article about the @reply settings if you want to learn more.