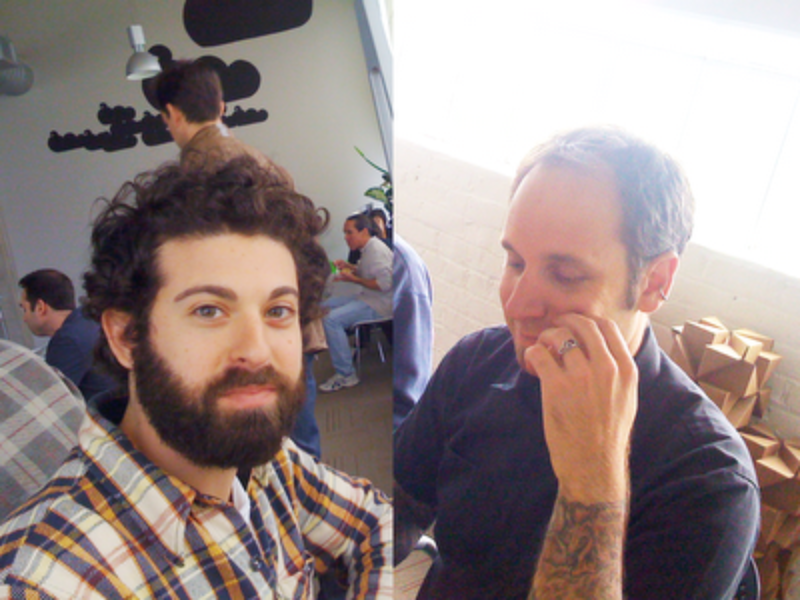 Ask Nick Kallen what he thinks about anything and you’ll get a full review. How’s the coffee at the new shop near Whole Foods? Not only will he tell you about the flavor, you’ll also get keen descriptions of the baristas and details about their technique. It’s more than likely that wikipedia will be involved before the end of the conversation. Nick prides himself in being expert and expertly communicating. Last week, Nick accepted our offer of full-time employment.

At any given point during the day, you will hear Nick talking through complex engineering issues in the back of Twitter HQ. His quiet, conversational method is attractive to other engineers and even more important—it’s getting things done. Nick has been working with Twitter as a consultant for a few months now and he’s been instrumental in putting us on a path toward reliability. This week, we’re proud to welcome Nick as a full-time Twitter engineer.

We’re also proud to announce that Jeremy LaTrasse has officially stepped into a leadership role as Twitter’s Head of Operations. Jeremy has been with Twitter since the very beginning. His tireless effort, zealous commitment, and general willingness to go above and beyond has distinguished Jeremy at Twitter. Accepting responsibility for operational activities at Twitter is no mean feat—the word courage leaps to mind. With the addition of Nick, we are now a team of 25.