We’re updating the Replies feature and referring to it instead as Mentions. In your Twitter sidebar you’ll now see your own @username tab. When you click that tab, you’ll see a list of all tweets referencing your account with the @username convention anywhere in the tweet—instead of only at the beginning which is how it used to work. So for me it would be all mentions of @biz. For developers, this update will also be included in the APIs. 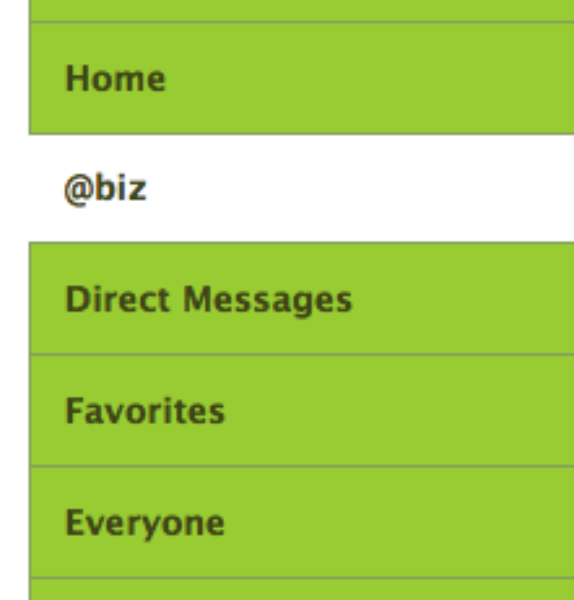 The @Replies feature was introduced because we noticed lots of folks putting the @ symbol in front of Twitter usernames as a way of addressing one another. For example: @biz what are you drinking in your avatar? (It’s a soy latte.) So, we started linking the @username references and collecting any tweets that began with @username on one page to make them easier to track.