Chrome Deck, Apps and Tweeting Birds - Our First On:Deck Event Was A Hit

On Tuesday night, the Batcave was transformed from a workplace to a meeting place, as we invited everyone along to our very first event. On:Deck was a chance for people to come along, meet the team, and get a sneak peek at our upcoming Chrome and iOS apps.

And what a night it was!

The evening got off to a cracking start with the assembled masses having time to chat and mingle, while downing beers and pizza.

The exclusive, never-seen-before TweetDeck goodie bags were a big hit - the On:Deck T-shirts were exclusive to the event, so feel free to mock your t-shirtless friends by wearing yours with pride :) 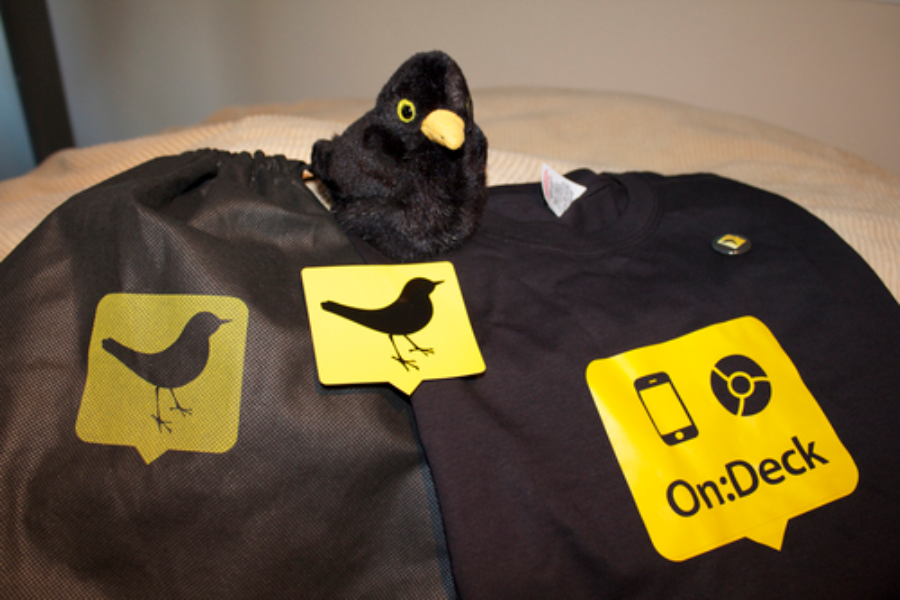 After a brief introduction by me, Iain took to the floor. No, not to dance, but to talk about how TweetDeck the company got to where it is now and where it is going in the future. Here’s an AudioBoo with the FT’s Tim Bradshaw, recorded at the event, in which Iain summarises some of the reasons for us making a Chrome app and talks about the future of TweetDeck.

From there we moved on to the first demo of the night, with James showing off our TweetDeck app for Chrome, or “Chrome Deck” as it is affectionately known. Taking the best of the desktop app and blending it with some cool features from our Android app, we think Chrome Deck is a very exciting new product for us, and the audience certainly seemed to agree. We’ll have more news about Chrome Deck for you soon, so watch this space!

James skillfully ignored the dancing badger, and handed over to Toby and Max, who gave a brief demo of the brand new TweetDeck app for iOS. This brand-new app, built from scratch to be fully iOS4-compatible, is again taking the Android app as it’s basis, but is also pulling in some of the best parts of the existing iPhone app, to make an app that is both powerful and flexible, and also looks great. One key feature that Max pointed out was the ability to create custom columns that blend any feed from any service into one single column. It’s still early days for this app, but we will bring you more news on developments in the coming weeks.

So, after a brief Q & A session, everyone then broke off for more beer and pizza, and gathered round the laptops that were available, to get some hands-on time with Chrome Deck and the iOS app.

For us, this was the best part of the night, with chance to get direct feedback from real TweetDeck users about the new products. Most people stayed and had a good chat with us, before venturing back out into the snowy streets of London.

We know the icy conditions made it very hard for people to travel to the event, so we are truly grateful to those who managed to reach us. We hope you had a good time at the event and we look forward to welcoming you all back again to the next On:Deck event in 2011! 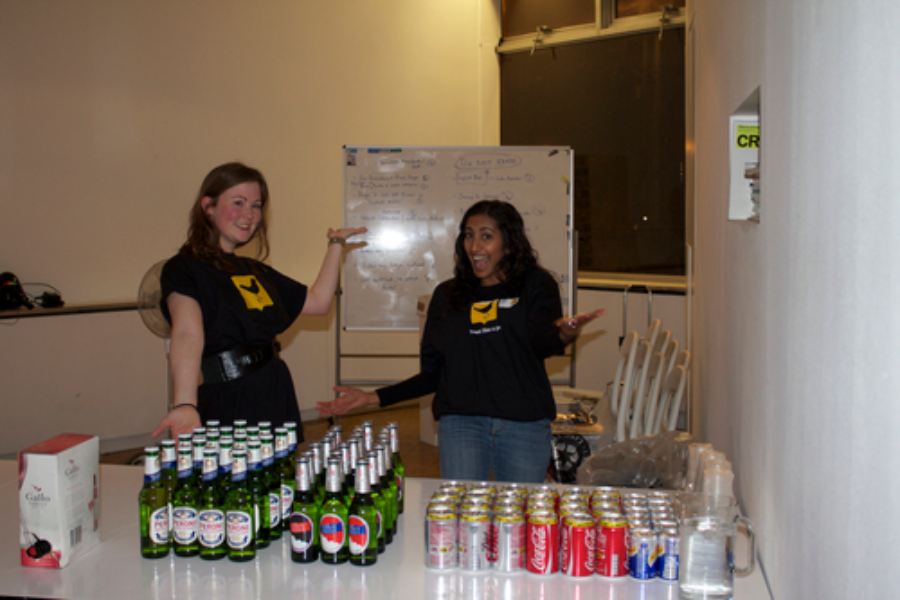 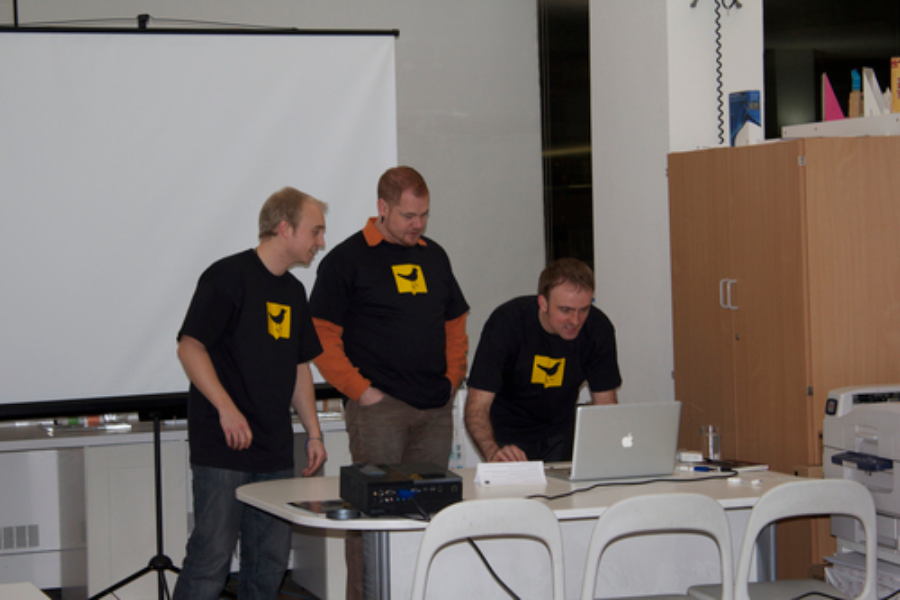 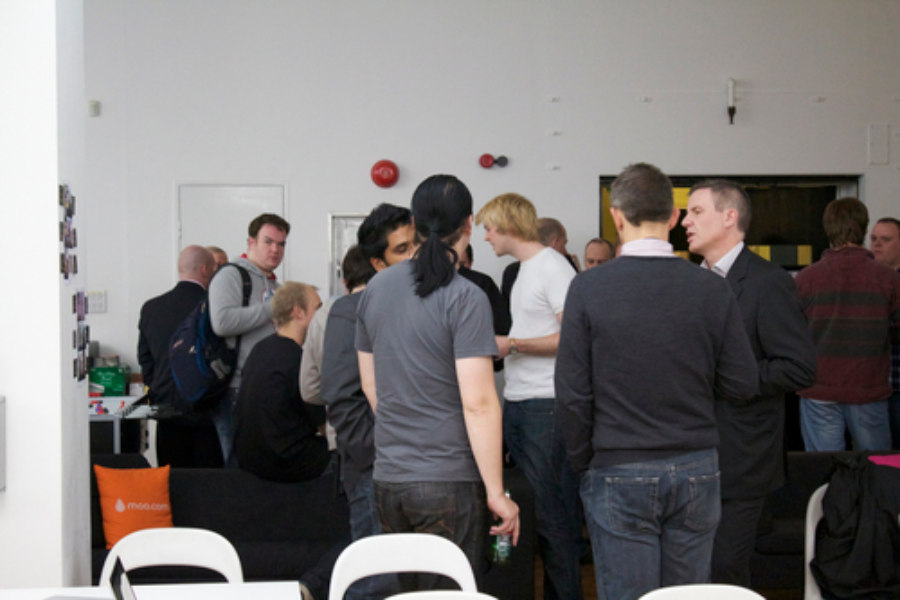 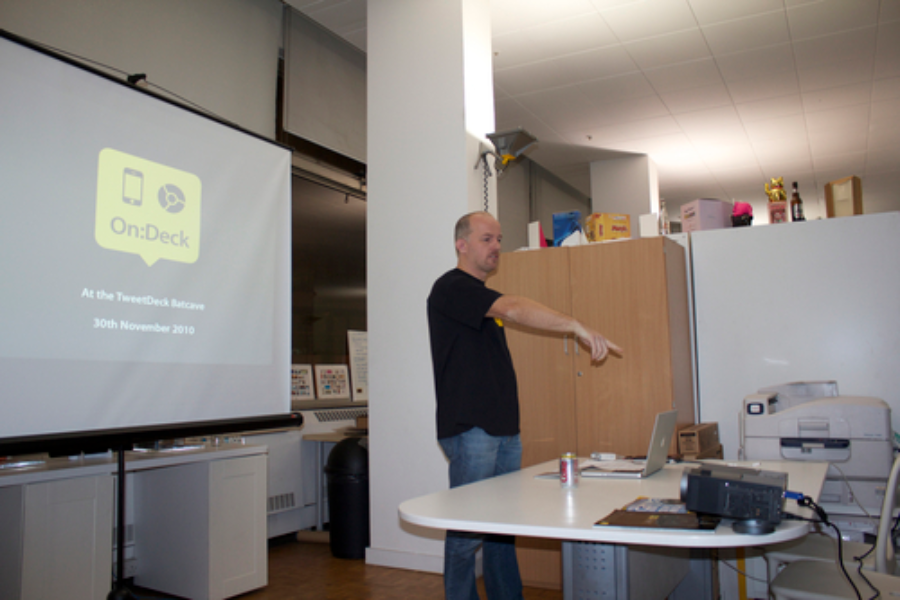 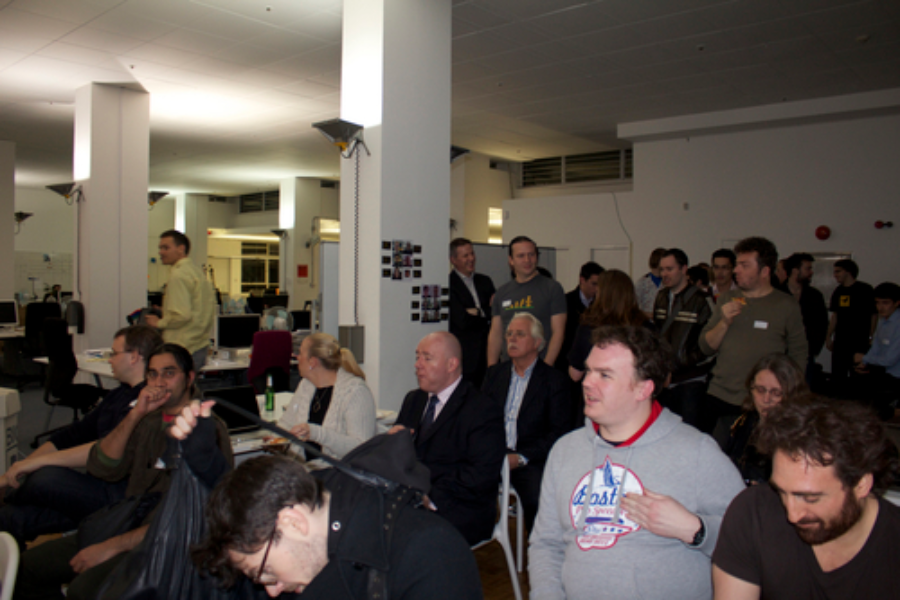 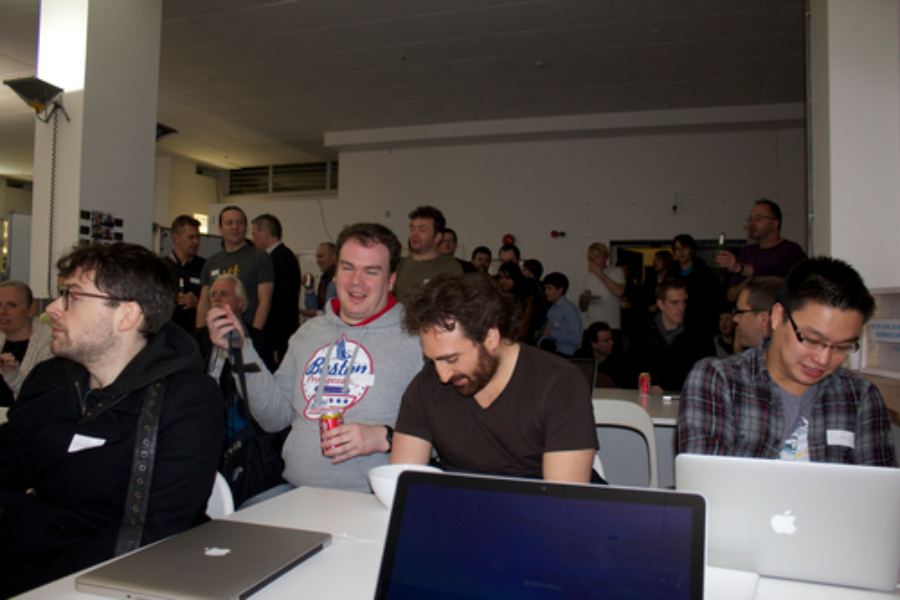 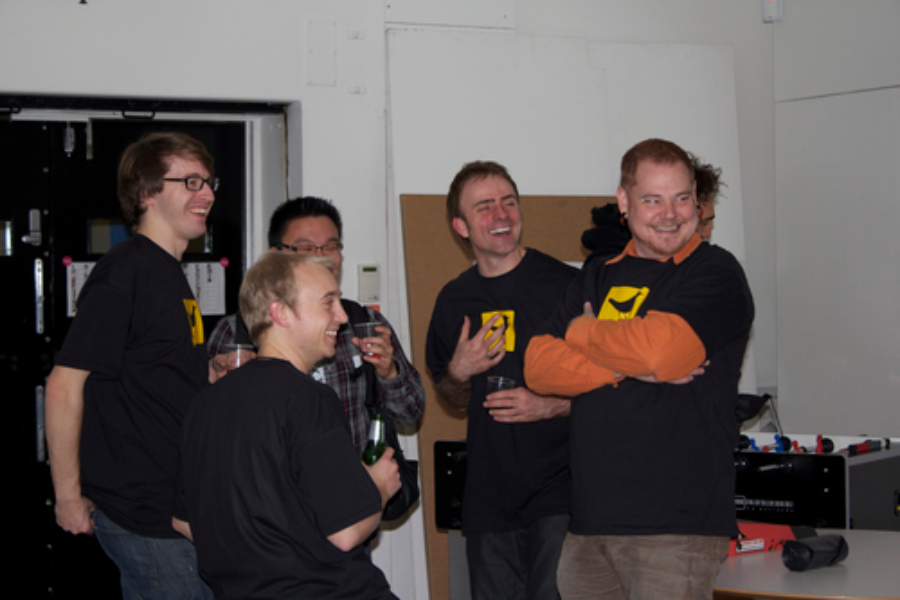 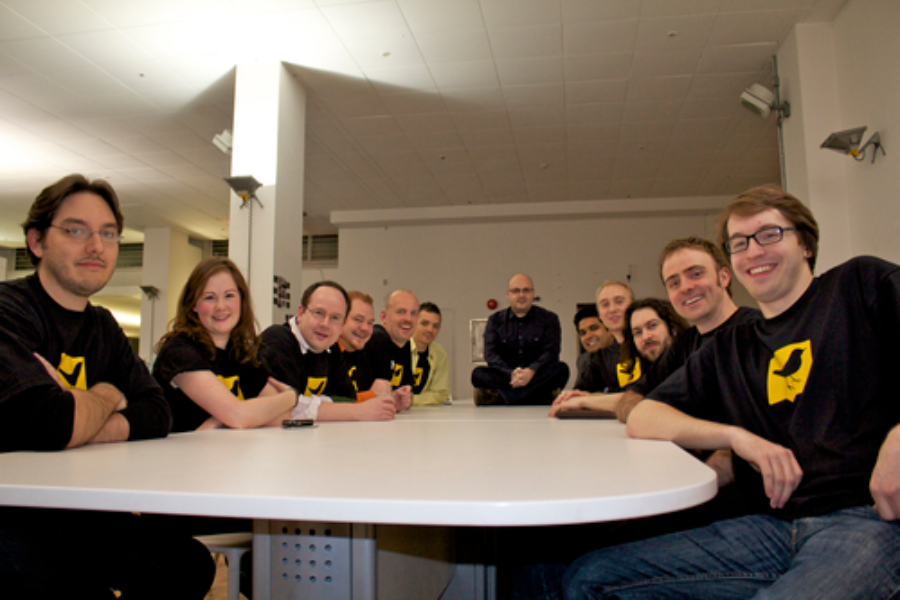 And as a special and slightly disturbing gift for getting this far down the post here’s @bennycrime’s summary of On:Deck