Growing Around the World

Hi, my name is Matt Sanford and I’m the lead engineer for Twitter’s International team. I spend a great deal of time thinking about Twitter’s users outside of the US. Twitter’s first users were the early employees and their friends, largely based around our offices in San Francisco. Today we are a global information network, with a robust developer ecosystem and a website available in six languages. Our users on Twitter are even more geographically diverse — we’re proud to report that over 60% of registered Twitter accounts come from outside the US. There are Twitter users in the large countries you’d expect, some smaller countries you might not expect (like the Vatican City) and even one in outer space. 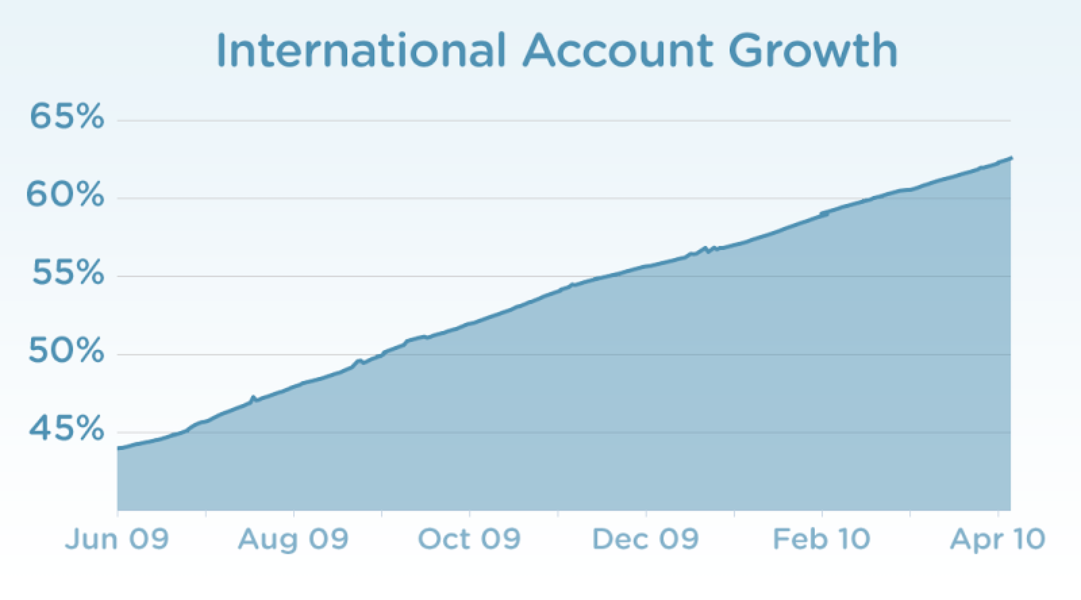 We’ve seen growth in every country and we’d like to share a few of their stories. The international team is small but we’re dedicated to making Twitter easier to use all over the world.

We made Twitter.com available in Spanish in November of 2009, and saw an immediate 50% boost in signups from Spanish-speaking countries. In the days following the tragic Chilean earthquake people turned to Twitter to establish much-needed lines of communication. Signups spiked 1200% and nearly all of those were using Spanish as their language. In Colombia, signups are up 300% after politicians like Piedad Córdoba Ruíz began using Twitter as a platform to speak to constituents. Signups in India have increased nearly 100% since the beginning of 2010 due in part to politicians like Shashi Tharoor and Bollywood mega-stars Sharukh Khan, Priyanka Chopra and Abhishek Bachchan. We partnered with Bharti Airtel, India’s largest carrier, to ensure that a large portion of India’s 550 million cell phone users can send and receive tweets via SMS at standard rates. We’ve also been partnering with carriers in countries like Indonesia and Haiti to bring Twitter to as many people in as many places as possible.

This is just the tip of the iceberg. Twitter’s realtime information network gets more useful as our users grow more diverse and we’re continually impressed with the results. We continue to work hard to enable new languages and new partnerships around the globe and we look forward to seeing what happens as we make it easier for the whole world to communicate over Twitter.