We’re happy to announce two improvements that will help people connect and discover what’s new — no matter where they are in the world or what languages they speak.

Almost any topic you can imagine is being discussed on Twitter. The most mentioned ones get highlighted as a Trending Topic in real time, letting people zero in on hot news in specific locations as it’s bubbling.

Trending Topics is in high demand from folks in cities that aren’t yet on the list, so today, we’re expanding local trends to include 14 new countries and 6 new cities*. These new locations include some of our fastest growing markets. More cities and countries to come. 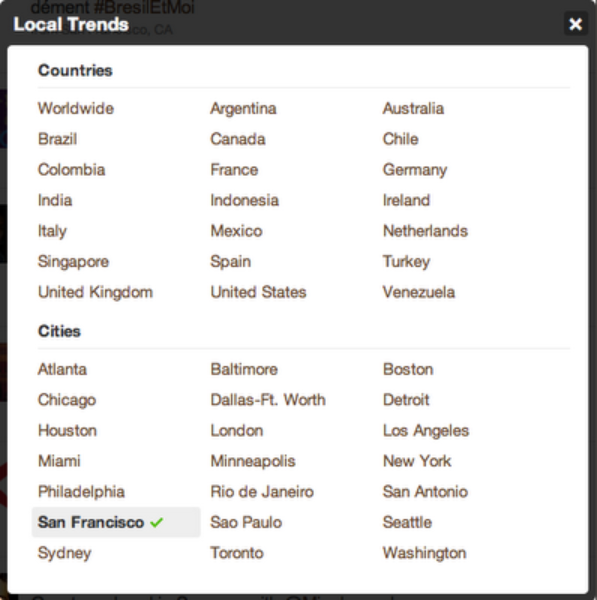 Second, since Twitter is a global communication tool, there are many different languages spoken in Tweets. We are now using Google Translate to display Tweet translations in the details pane to give people more access to what people are talking about around the world. This feature is currently available to a very small percentage of users and will be rolling out to everyone over the coming weeks. 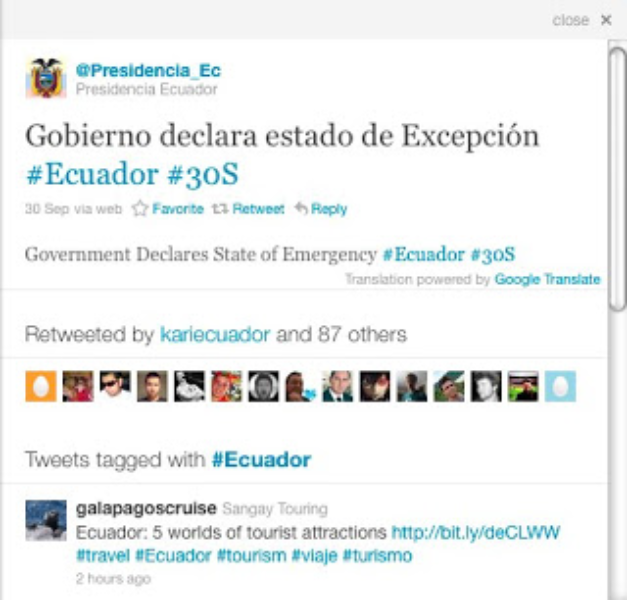 We hope these updates will help you get the most from Twitter’s amazing global population!