So we just launched our awesome new Deck.ly service, allowing you to send messages of unlimited length to Twitter, should you so desire. You’d think that was enough awesomeness for now wouldn’t you?

Not only did we add Deck.ly support, but we also added a selection of other features and fixes across our Chrome, Desktop and Android apps too.

The full changelogs are all available here, but lets take a quick look at some of the highlights…

Image previews in the app

We now provide an in-app preview for a host of major image and video services, including YFrog, Twitpic, Instagram & Youtube. When you click to open a supported media type, the image or video will open in a preview window inside the app. You can click to view the media on the host site, as well as “share” the link, which drops the URL into the compose box for you. 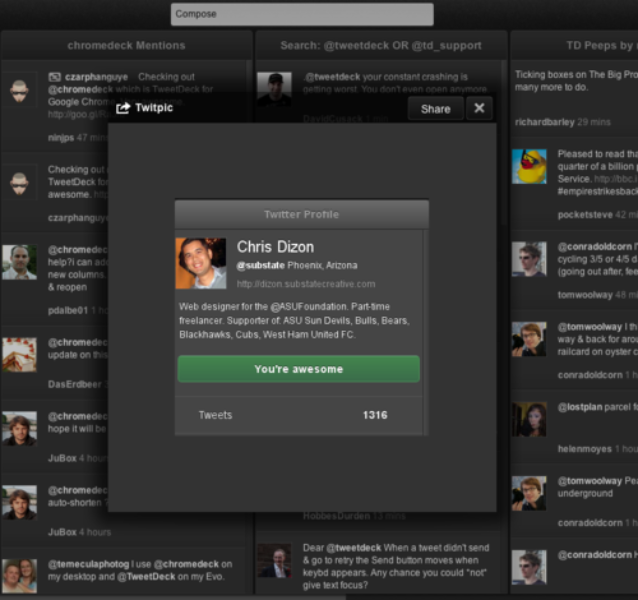 You can now view and add comments on Facebook updates direct from the notification in your Me (and “Notifications”) column. When you get a new Facebook notification update, eg “Fred just liked your post”, you can now click the comment button and you will be taken to the comment thread for the item in question. 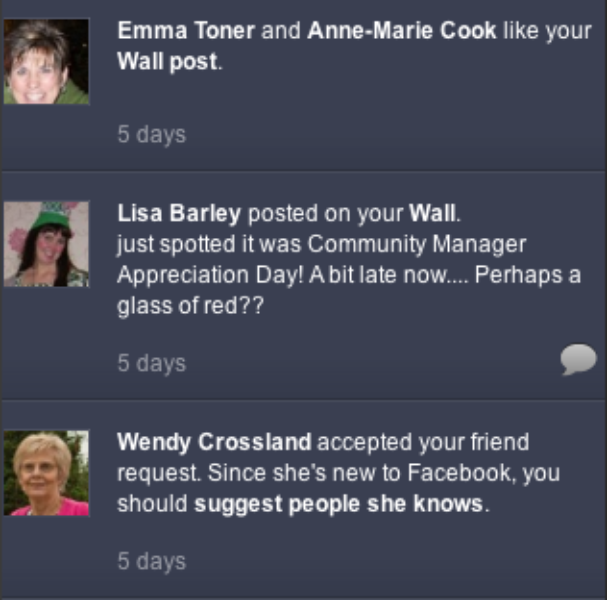 Chrome TweetDeck will now match your system language for those using: English UK, Brazilian Portugese, Dutch, French, Hungarian, Indonesian, Italian, Japanese, Korean, Portugese & Spanish. There is no language setting in TweetDeck itself, it will just utilise the system language set by your operating system.

Facebook news feed updates that contain attached links are now much clearer. The link is highlighted with a special icon so distinguish it from the message itself. 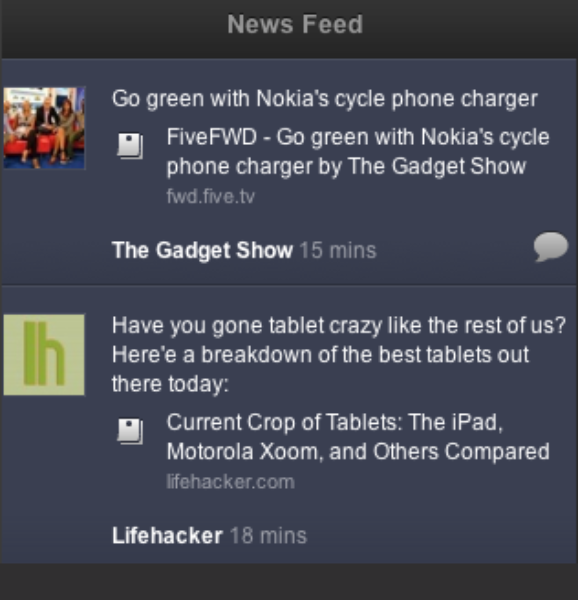 Hipsters of the world can finally see their favourite 1970’s style photos shown in all their glory in an in-app preview preview window.

Some tweaks and touch-ups

Look out for lots more updates coming over the next weeks and months, especially on Chrome and Android.

And of course, our fantastic brand-spanking-new, iOS4-compatible app is getting closer to completion and we expect to have more news for you on that very soon.