Twitter is proud to introduce an appropriately slick and simple desktop application for Mac computers. Twitter for Mac has launched today as part of the Mac App Store.

This app gives Twitter users another fast and convenient way to stay connected to what they care about the most. Tweets appear in real-time (using our streaming API), and the app auto-shortens URLs and has lots of useful keyboard shortcuts.

The app is also three times faster than its original version that was previously called Tweetie for Mac. Tweetie for Mac was a desktop client that was originally created by atebits developer Loren Brichter prior to our acquisition of atebits last April. Twitter for Mac is a new version updated by Loren and team during Twitter’s first Hack Week in October.

We acquired atebits with a focus on launching our own Twitter iPhone application. Since then, we’ve been asked repeatedly for a new version of Tweetie for Mac. We decided that the new version fits well into our goal of ensuring that mainstream users will have the best possible experience on popular platforms. We hope you enjoy it. 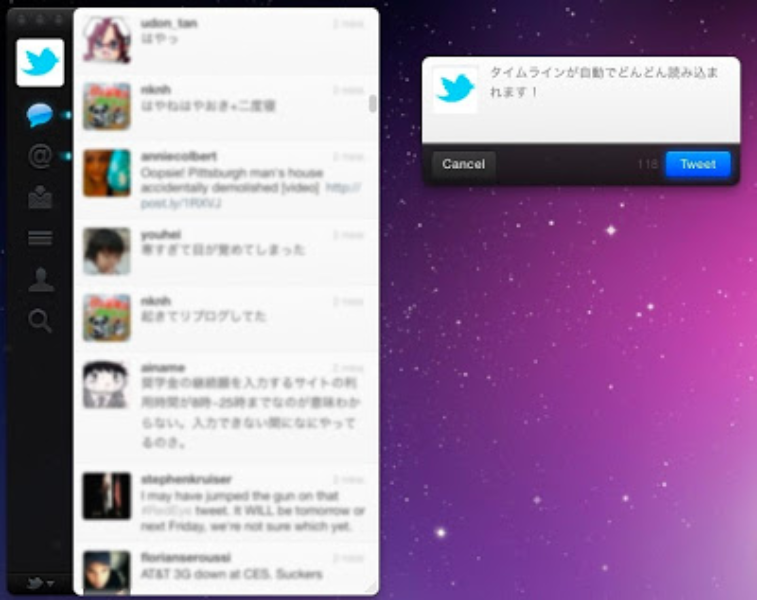