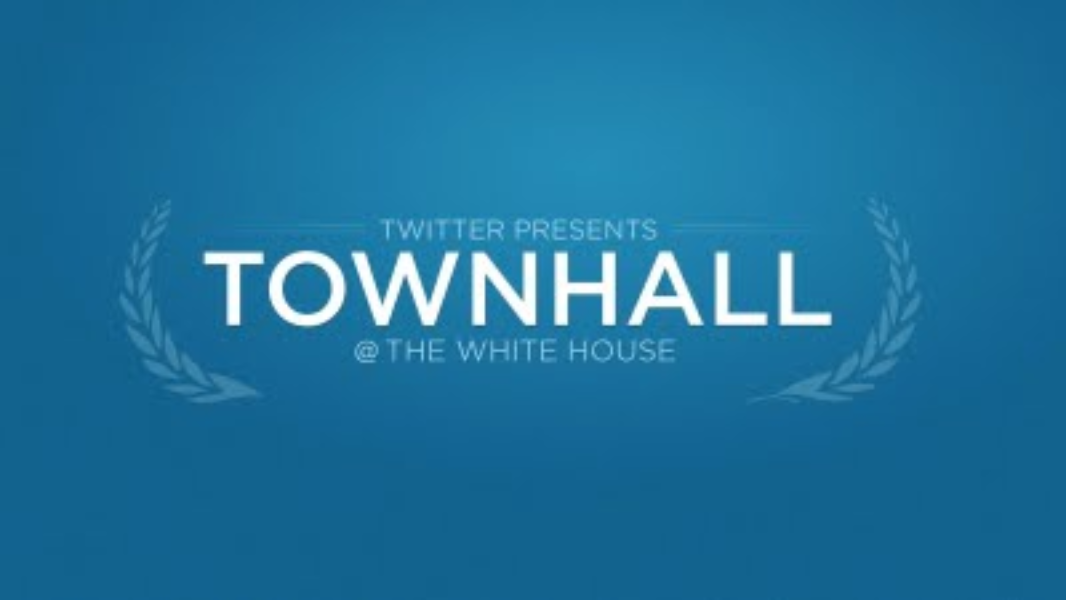 On Twitter you can find real-time conversations and information about every subject imaginable from across the world, including robust debate about the economy. In fact, a study announced today by Salesforce.com’s Radian6 found that financial security is one of the most frequent topics of political conversation on Twitter. Tomorrow’s Town Hall is an invitation from the White House for anyone on Twitter to participate in an open exchange about the national and global economic issues facing the United States.

Questions addressed during the Town Hall will be selected both in advance and in real-time during the event. To narrow down the list of popular, relevant questions to ask on behalf of Twitter users, we’re doing the following:

• We’ve partnered with Mass Relevance to curate, visualize and integrate conversations for the event.
• Algorithms behind Twitter search will identify the Tweets that are most engaged with via Retweets, Favorites and Replies.
• A team of seasoned Twitter users with experience discussing the economy will help flag questions from their communities through retweets.