The political conversation on Twitter is in full swing with nearly two million Tweets sent about the presidential candidates every week. That’s a significant increase in political Tweets since the last presidential election. In fact, the total number of Tweets sent on Election Day 2008 represent only about six minutes worth of Tweets today. Now candidates, reporters and millions of engaged citizens discuss campaign issues, ads and breaking news daily on Twitter - many are even calling Election 2012 the “Twitter election.” 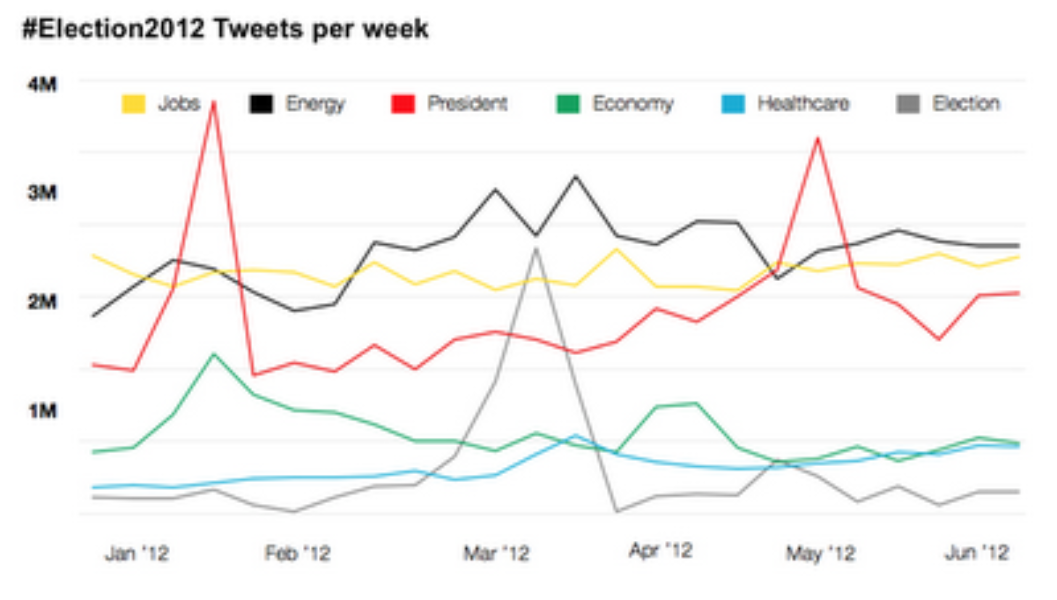 To help voters, media and advertisers decipher the sentiment of all these conversations, we’ve launched the Twitter Political Index, a daily measurement of Twitter users’ feelings towards the candidates relative to other topics discussed on Twitter. Leading up to Mitt Romney’s (@MittRomney) selection of a running mate, the Twitter Political Index had showed mounting support for Paul Ryan relative to other presumed front-runners over several months.

When @MittRomney officially selected Ryan (@PaulRyanVP), conversations on Twitter peak at 3,749 Tweets per minute. The Romney team acted quickly and capitalized on these real-time interactions on Twitter. The campaign used Promoted Tweets in search to bid on keywords related to the trending topics about the Ryan selection. 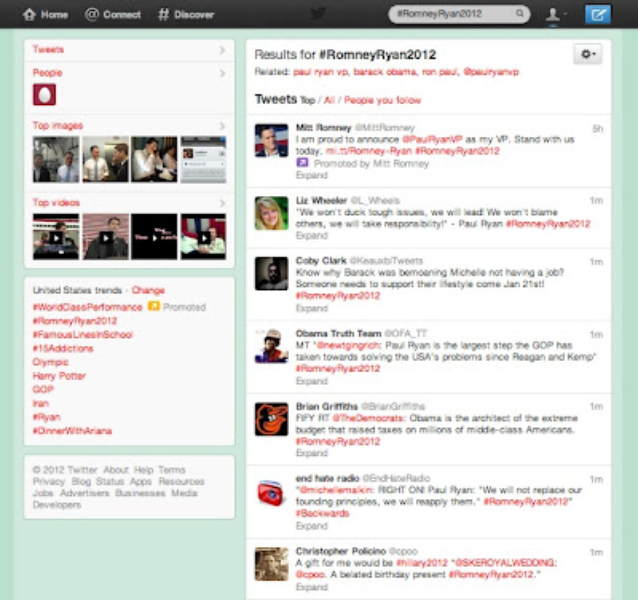 With Twitter, the Governor never lost momentum or control of the narrative. His Promoted Tweets got an average engagement rate of six percent. He increased followers by 408% and mentions by 521% over the month prior to his Promoted Products campaign. And, on June 5, @ScottKWalker became the first U.S. Governor to keep his seat in a recall election.

As the #TwitterElection approaches, here are five best practices for political advertisers:

The political conversation will continue on Twitter through the conventions, debates and day-to-day breaking news at the national and local level. Join the conversation by adding Twitter Promoted Products to your online strategy. Contact us about Twitter’s convention packages today.