In August, nearly two million Tweets were being sent every week about the presidential candidates. Last Wednesday night, the first 2012 presidential debate sparked more than 10 million Tweets and became the most tweeted event in U.S. politics. Leading up to November, election conversations will likely set even more records as politically active influencers turn to Twitter to discover and share real-time updates and news. 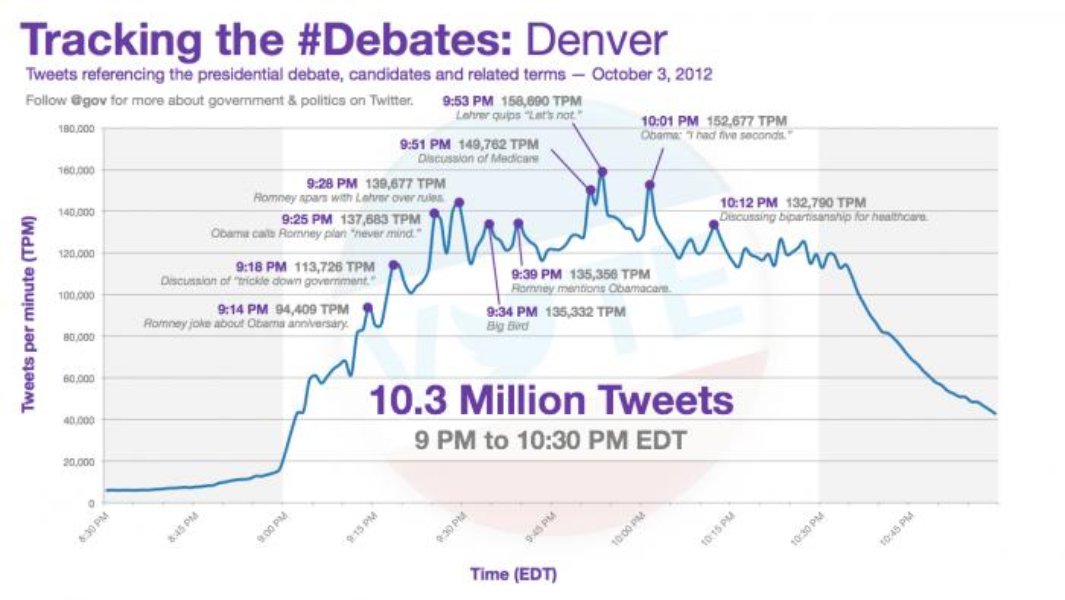 How do all these political Tweets influence actual behavior? We recently partnered with Compete to uncover the answer. The resulting study revealed four key findings about the impact of political Tweets. 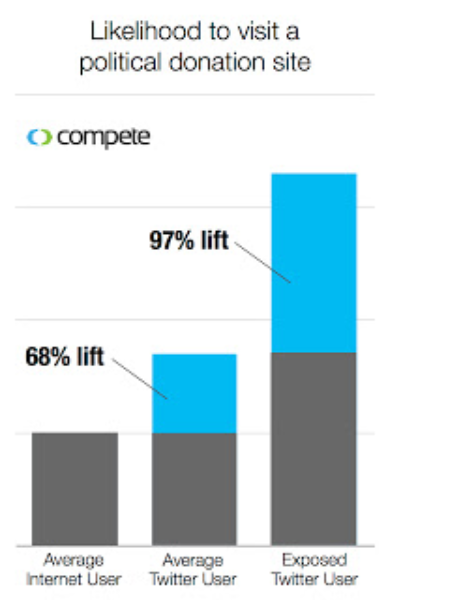 A key driver of political donations by Twitter users is the number of days in which they saw at least one political Tweet in their timelines. During the study period, Compete discovered that Twitter users who saw a political Tweet across three to seven separate days were 31% more likely to donate than the average Twitter exposed user. When the number of days exposed went up to 8 or more, the rate of donation accelerated by another 76% to 130% greater than the exposed group average. 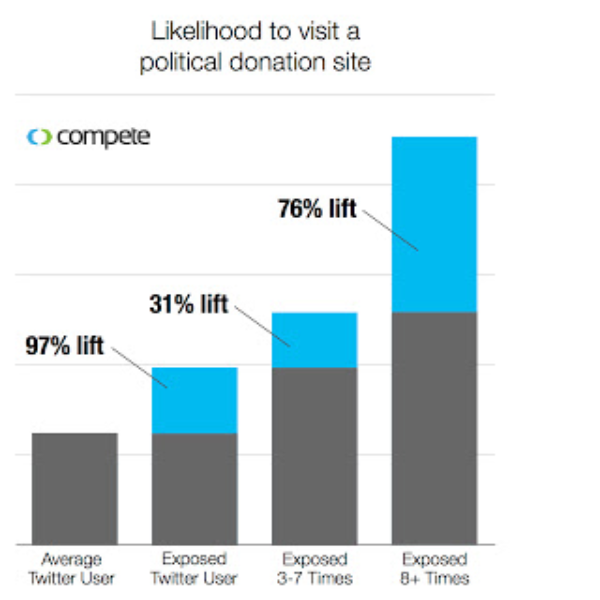 4. It’s not about red or blue; it’s about engagement and frequency.

The data didn’t allow Compete to analyze the Presidential campaigns separately. However, the lifts in donation rates by Twitter users were found to be very similar across all candidates, groups and parties. Republican handles accelerated donations to their candidates at virtually the same rate as Democratic handles did for theirs.

We have always known that Twitter users are politically engaged; now we know that exposure to political tweets drives political contributions. As Election Day approaches, the most efficient way to increase your campaign’s impressions is by utilizing our suite of promoted products. Contact us at politics@twitter.com to get started.