When it comes to events that capture the world’s attention, the Olympic Games have long been the gold standard — and never more so than right now, when Twitter is on hand for every competition. Even today, heading into the Opening Ceremony, we’re already seeing more Tweets about the Olympics in a single day than we did during the entire Beijing games in 2008. (Yes, you read that right.)

With the entire world tuning in to enjoy the games, Twitter will carry the roar of the crowd. And as the drama and emotion unfold over the next 17 days, we’ll be shining a spotlight on the incredible stories that emerge. To bring American fans closer to every moment in London, we’ve partnered with NBC Olympics, the official broadcaster of the games, to create an event page for the 2012 Olympics. 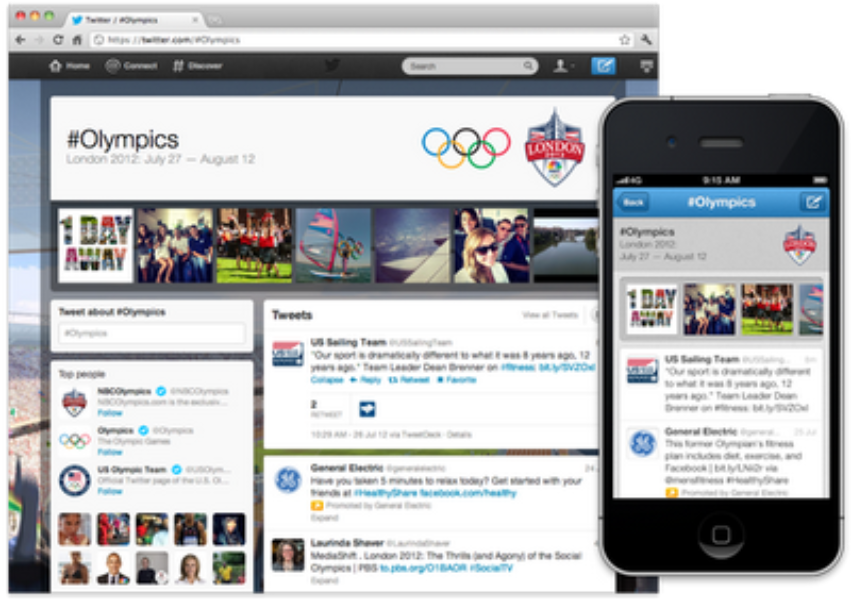 This page will highlight Tweets from athletes, coaches, teams, families, NBC personalities, fans, and many other Olympic insiders. When those nail-biting, riveting, and emotional moments unfold, you’ll see and hear directly from all of those who are closest to the action.

Similar to our event pages for NASCAR and the Euro 2012 football championship, the Olympics event page will feature a mix of Tweets to bring you all of the best moments, as they happen on-air, on Twitter, and on the field …or track, or uneven bars. And as you’re watching the coverage presented by NBC Olympics, you’ll see complementary Tweets, offering a 360° perspective of the games.

Even before the Opening Ceremony, you can get a sense of the excitement the world’s top athletes are feeling about being at the games, their life in the Olympic village, and how they prepare to go for gold:

The view from my balcony. Athletes Village!!! #London2012 twitter.com/NickSymmonds/s…

Good to get out on the pitch and get a scrimmage under our belt! Pretty good to get a 2-1 win over the world no.1 Holland, as well. #TeamUSA

Even if you’re not currently on Twitter, you’re invited to join the party. When you see the #Olympics hashtag displayed on air, that’s your invitation to check out the action on Twitter. The page will be available to anyone in the US who visits Twitter.com/#Olympics. Or find your way to the page by clicking on the hashtag “#Olympics”, or searching for “Olympics” or “#Olympics”. The event page is also specially designed to be fully interactive on mobile devices.