The #answer and #dodge results for the Fox debate

Tonight, the remaining field of Republican candidates took to the stage in South Carolina to make their case to voters. Throughout the debate, Fox News encouraged viewers to rate each candidate’s responses in real time by tweeting #answer or #dodge plus the candidate’s name.

From Juan Williams referencing Tweets from his timeline in pressing Newt Gingrich to clarify an answer, to host Bret Baier asking candidates questions from Twitter users, you were part of the debate conversation—online and on TV.

We partnered with Mass Relevance to track the #answer and #dodge data. The tweeting was immediate, providing a rich real-time picture of audience reaction to each candidate’s answer within 15 to 30 seconds. Here are a few of the debate highlights:

After a slow start and a net #dodge rating for an answer on his recent attacks on Mitt Romney’s record at Bain Capital, Gingrich elicited strong #answer ratings for much of the remainder of the debate. His highest #answer peaks came during his comments on unemployment and his reply to Juan Williams about characterizing President Obama as a “food stamp President.” 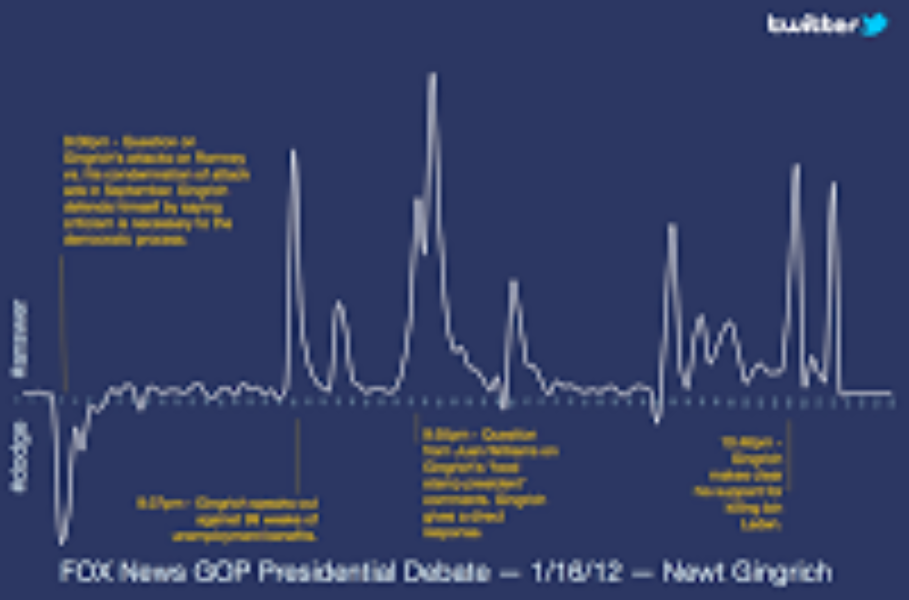 While generating the highest total volume of Tweets among the candidates, Romney spent most of the debate with net Twitter user reaction firmly in #dodge territory. The former Massachusetts governor’s explanation for not releasing his tax records generated the most significant #dodge reaction, but Romney scored #answer ratings for his replies on Medicare and Social Security reform and his refusal to negotiate with the Taliban. 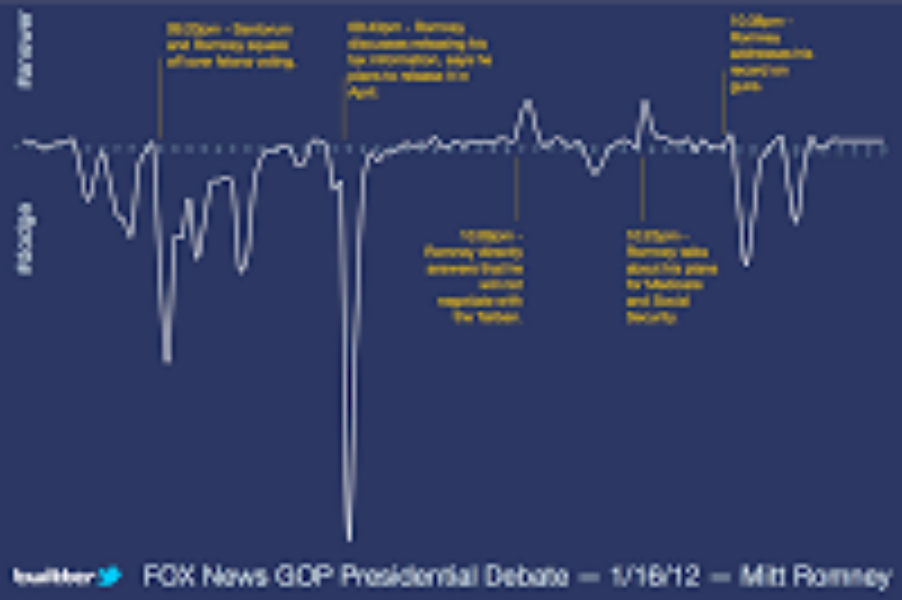 Responses to the other candidates:

Rick Perry’s biggest Twitter reaction came right at the end of the debate, as Twitter users rewarded him by noting #answer for his response to a question on immigration.

Users tweeted that Rick Santorum’s biggest #dodge of the night was in his answers to questions on gun control, but they applauded his answers on employment.

Ron Paul saw his most significant number of #dodge votes in answers around foreign policy.