A motorcycle, a mailman, the 7-2 starting center for the Indiana Pacers and @IAmDiddy: these are a few of the things over which Jeremy Evans (@JeremyEvans40), Derrick Williams (@RealDWill7), Paul George (@King24George) and Chase Budinger (@CBudinger) leaped last Saturday in the 2012 Sprite Slam Dunk Contest.

While all four awed fans with creative dunks – as captured by @NBABackboardCam – Jeremy Evans won your votes with a double-dunk alley-oop after hurdling Utah Jazz teammate Gordon Haywood.

During the 20 minute voting window, fans sent more than 370,000 #SpriteSlam Tweets to vote for their favorite dunkers. At the peak moment of voting on Twitter, more than 15 percent of all Tweets included the hashtag #SpriteSlam. The volume of Tweets sent in the first two minutes of voting more than doubled the volume of #WhatWillGagaWear Tweets sent during last year’s MTV Video Music Awards, showing that audiences are more likely to Tweet with a hashtag displayed on-air when their Tweets directly influence the outcome of live events. 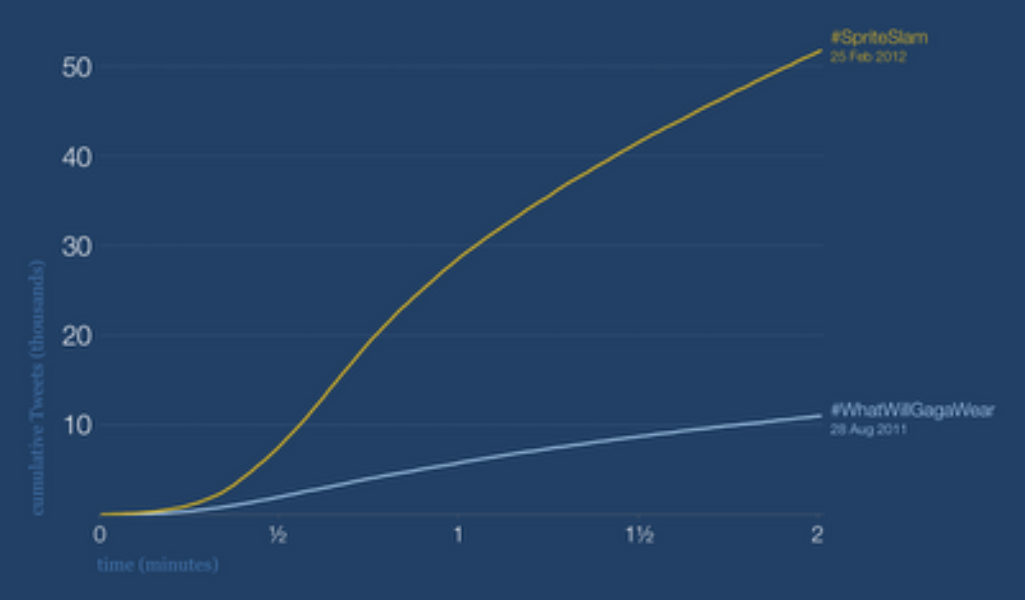 The Sprite Slam Dunk Contest led the conversation about NBA All Star Weekend, but players, celebrities, broadcasters and fans captured all of the NBA action on Twitter. Relive the weekend with this collection of Tweets by @TwitterMedia.