Each year the President’s State of the Union speech, and the opposition response that follows it, ignites a national conversation about a host of issues. Tonight’s #SOTU address and response drew more than 1.36 million Tweets.

If you watched the speech on TV, you could see how members of Congress and political dignitaries responded to the President’s remarks. On Twitter, the ebb and flow of Tweets per minute illustrates some reactions from the rest of us. The highest spikes in conversation occurred when President Obama discussed the following: 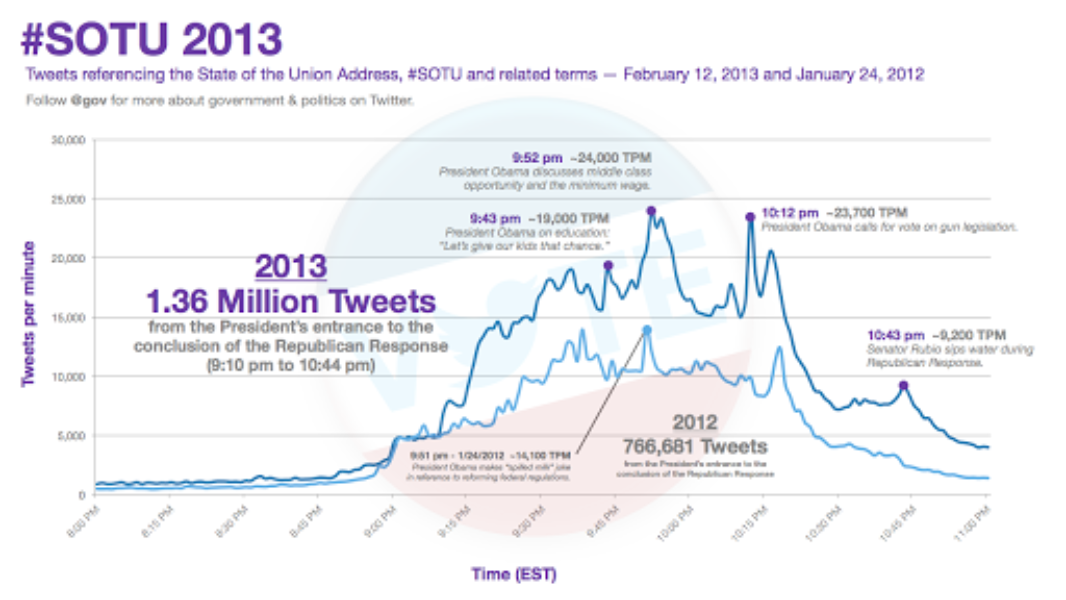 During the GOP response delivered by Florida Senator Marco Rubio (@marcorubio), the peak in Twitter conversation came following his pause for a sip of water.  Sen. Rubio poked a bit of fun at himself with a Tweet of his own:

Sen. Rubio’s press secretary also shared a Vine offering a peek at what goes into setting up a live national address:

And as the official speech and counterpoint conclude, the Twitter conversation continued:

Just left the #SOTU. What are your thoughts? Do you have questions? Send them to me with #AskArne.
— Arne Duncan ( @arneduncan) February 13, 2013