A better experience for sending Tweets and DMs 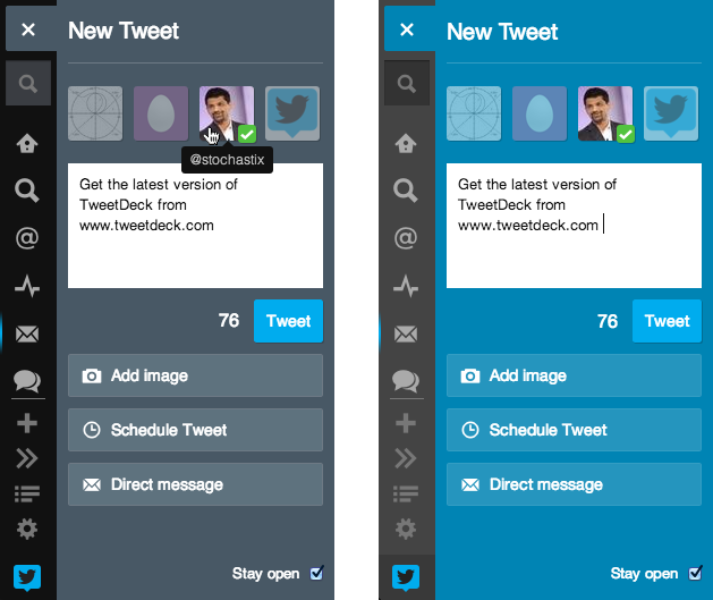 The New Tweet panel is docked to the sidebar on the left and offers an option to keep it open all the time. This new panel can be opened from the New Tweet button or by replying to a Tweet. While the panel is open you can still access the rest of TweetDeck by scrolling or using keyboard shortcuts.

If you have more than one account set up in TweetDeck you can still choose the accounts from which you would like to Tweet by simply clicking on the row of avatars at the top of the panel. Selected accounts will show a green check mark and unselected accounts will be dimmed. The avatars are larger to make it easy to identify the accounts. In addition, if you hover the mouse pointer over an avatar TweetDeck will display a tooltip with the corresponding username.

The buttons below the New Tweet box enable a few familiar functions.

Many of you have told us that you would like to reply to multiple users with a single Tweet. Until now it was a cumbersome process: you had to copy all the @usernames that had to be mentioned, then open a New Tweet dialog box and paste them all in. From today you can simply click reply on each Tweet to bring in all the @usernames. 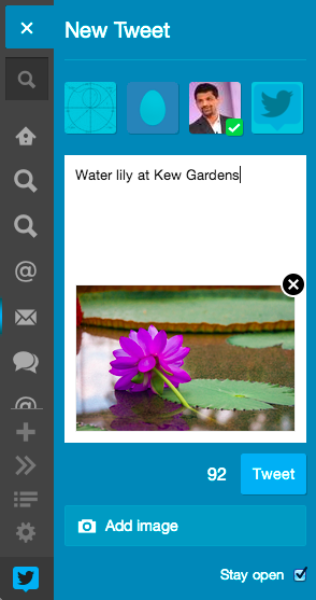 Now, when you add an image to your Tweet we show you a preview right in the New Tweet panel. To remove the image from the Tweet just click on the “x” icon at the top right of the preview. 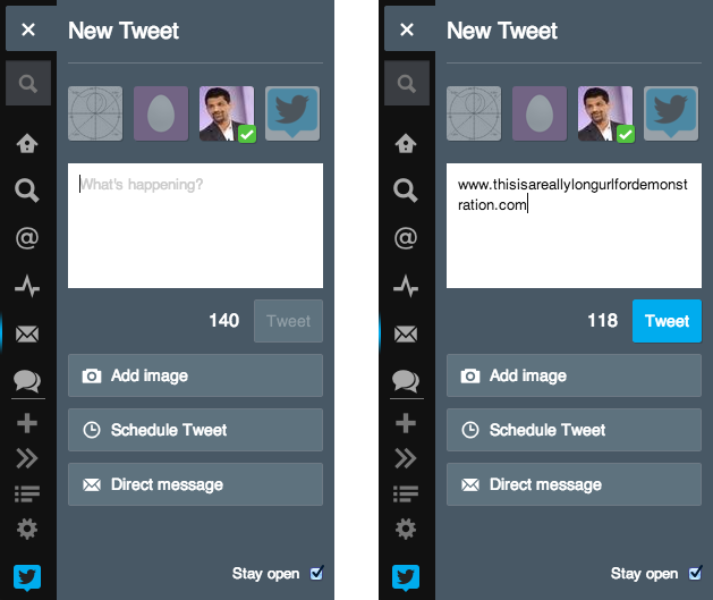 Notice how the character count has reduced by only 22 characters even when the URL is 44 characters long.

TweetDeck automatically shortens links in Tweets to 22 characters, but to make it easier for you to see the URL we still show the full URL. It does not matter how long the URL is, it will always take up only 22 characters in your Tweet. Similarly, when we display Tweets we look up the details of any t.co links and display the full URL so that you can clearly see where the link leads to. 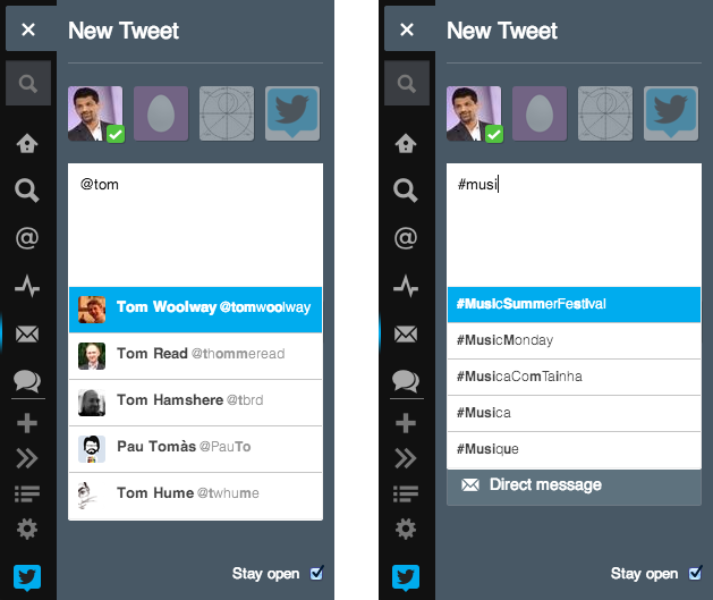 Typeahead for usernames and hashtags.

When you type a partial @username TweetDeck attempts to find matching usernames but until now this would only search for recently accessed usernames. With this update, we search across all Twitter usernames, whether you recently accessed them or not. However, usernames of people you follow will appear immediately and at the top, while other matching usernames will appear below. This feature is also available for hashtags - as you start typing a hashtag TweetDeck will start suggesting matching hashtags.

These changes will be rolled out to all users gradually, beginning with our web and Chrome versions and followed soon by the Windows and Mac apps.