An invitation to #ComedyFest (BYOB) 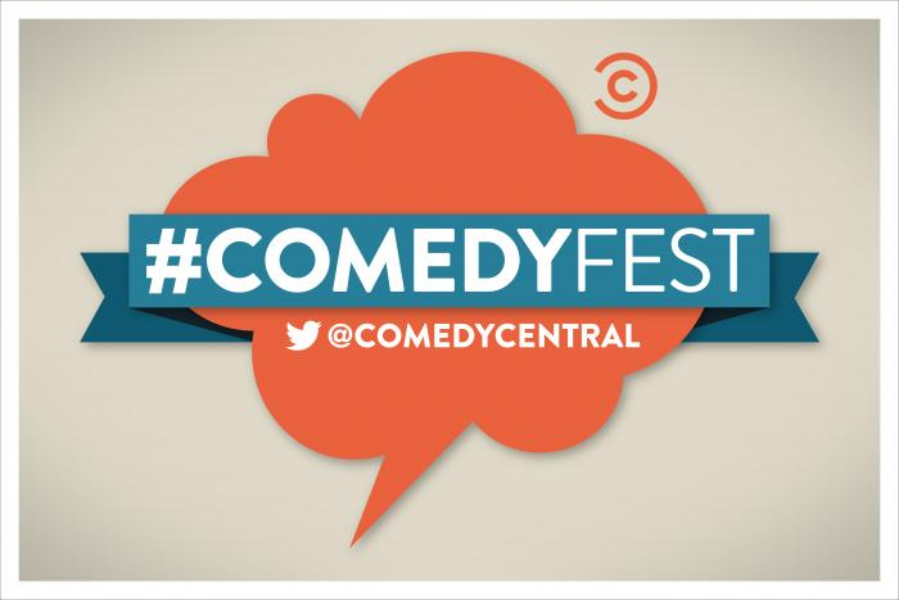 This week Twitter turns into a comedy club, and you’ve got the best seats in the house, all for the price of free.

We’re not saying that enjoying your favorite comedians on Twitter is a cheapskate’s way to avoid the cover and two-drink minimum at your local club. By all means, pull up a chair, get on Twitter, and pour a couple of glasses as Comedy Central’s #ComedyFest unfolds on Twitter from April 29 to May 3.

Almost from the beginning of Twitter, comedians have been pushing the boundaries and creating a new form of comedy within the limits of 140 characters.

And this week, Comedy Central (@ComedyCentral) is celebrating that comedy and those comedians, with the Comedy Central #ComedyFest, running from today through Friday. On Twitter, on ComedyCentral.com and on the air, you’ll be able to enjoy over 20 events featuring 67 comedians, including Q&As, roasts, and live-tweeting stand-up specials and favorite funny films.

In the first event of #ComedyFest, the legendary Mel Brooks will be joining Twitter today as @MelBrooks.

In the first event of #ComedyFest, the legendary Mel Brooks will be joining Twitter today as @MelBrooks. He’ll be participating in a discussion with another legend of comedy, Carl Reiner (@CarlReiner) — the 2,000 year old men, if you will — hosted by contemporary funnyman Judd Apatow (@JuddApatow). Everyone is invited to watch the conversation between these icons of comedy: the event will live-stream in @MelBrooks’ first tweet, as well as on cc.com, starting at 2pm PT. You can ask these legends questions of your own by tweeting with #ComedyFest… and if you’ve ever seen their routines, you’ll know that nothing is off-limits.

And that’s just the beginning! Make sure you don’t miss a single laugh by checking out the full schedule here — and be sure to follow @ComedyCentral for updates and programming. To find and follow all the participants on Twitter, visit this page. Here’s a small sampling of what you’ll find during the week-long #ComedyFest:

Tweeting All Up Inside Amy Schumer
Tuesday, Apr. 30; 10:30 p.m. ET
During the premiere of the new Comedy Central (@ComedyCentral) series, “Inside Amy Schumer”, Amy Schumer herself will be live-tweeting — giving you the inside scoop, telling you things that went right and wrong during shooting and more!

The Comedy Directors of Comedy: A Panel
Wednesday, May 1; 12:30 p.m. ET
This panel gathers some of the best comedy directors out there — Paul Feig, Lance Bangs, Neal Brennan, and more — and gets them to discuss the ins and outs of directing comedy successfully.

Reno 911! Movie! Reunion!
Wednesday, May 1; 2:45 p.m. ET
Stars Tom Lennon and Kerri Kenney-Silver live-tweet their opus, “Reno 911!: Miami”, with the help of Kumail Nanjiani. Watch the movie with them and get lots of behind-the-scenes stories.

#ComedyFest kicks off tomorrow with a Q&A with @melbrooks & @carlreiner hosted by @juddapatow.What Qs do YOU want As to?

Excited to be moderating the directors panel for #comedyfest on Wednesday.Check out the lineup @comedycentral: on.cc.com/11Eo6zv”

@twittermovies#comedyfest 4 both Gr8s - did an actor ever really surprise you in a good way either in audition or while shooting? How so?

This week marks the evolution of Twitter’s role as the great public square to now include a special corner for the smartasses, fools and funny people. BYOB.