Argos is following up the success of its #windadscamera campaign last year, one of the first promoted contests on Twitter, with a new campaign centred around its loveable alien family (@ArgosAliens) who are about to make an addition to the family – the name of which will be chosen by Twitter users.

The campaign underscores Argos’ strategy, driven by its advertising agency CHI & Partners, to get more engagement out of its television ads. It’s also a good example of how brands are increasingly working with Twitter on TV campaigns to amplify their message.

With another TV hashtag-driven campaign and a competition, the campaign has the potential to match the levels of success Argos achieved around
#windadscamera, which racked up more than 11,000 tweets.

As you might expect from an alien family who do things a little differently to the rest of us, the arrival of a new family member has a twist. It isn’t the mum, voiced by TVs Caroline Quentin, who is about to give birth, but the dad, voiced by film and TV star Bill Nighy.

To back the campaign, which debuts tonight (June 25), Argos is running a Promoted Trend and Promoted Tweet using the hashtag #NameOurBaby to encourage people to click through and offer their baby name suggestions. 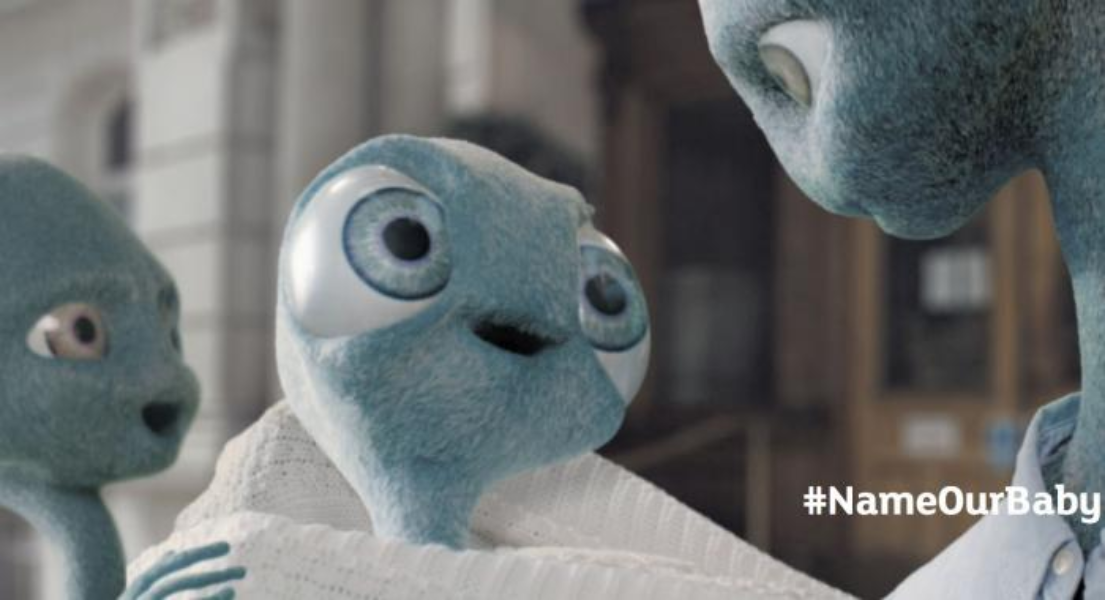 Once the names have been sourced and whittled down to a shortlist of three, Argos, working with its social agency the Social Practice, will turn to the Twittersphere once more for the final word: users will select a name from the shortlist, enabling the retailer to carry on the conversation with consumers. The winning alien baby will be announced in a follow-up TV ad due to air on Saturday 29th June.

Carl Nield, head of brand marketing at Argos, says: “We’re really excited about taking a more traditional communications channel to a new level by integrating it with social media to engage and continue conversations online. Twitter followers will have the chance to influence our TV campaign and the development of our alien story and see this played out on their tablet and TV screens at home.

“Our dedicated alien Twitter feed gives us a platform to talk to our consumers in a more emotional way and allow them to be part of our alien story. We can also utilise the alien family’s lifestyle to help position how customers can benefit from the value, convenience and wide product range offered by Argos.”

Steve Parker, partner at The Social Practice, CHI & Partners’ social media agency, adds: “There is already a lot of warmth and conversation about the Argos ads on Twitter, so we wanted to deepen this engagement by inviting viewers and users to get involved in shaping the story of our alien family in a truly dynamic way.”