Every month, 200 million users worldwide turn to Twitter to connect to their interests. Last summer, the world came together on Twitter and sent over 150 million Tweets during the 2012 Summer Olympics in London. Last month, the world watched as Pope Benedict XVI sent his first Tweets in eight languages. Throughout the last year, it’s been humbling to see how Twitter has transformed into the global town square – the place where people around the globe go to find out what’s happening right now.

Today, 70% of Twitter accounts are outside the U.S., and Twitter is now available in 33 languages. A platform for all conversations – global and local – Twitter is increasingly the pulse of the planet. As usage around the world increases so does demand from advertisers and agencies who want to connect with our global audience and participate in those conversations.

Since I joined Twitter in April, we’ve been focused on the thoughtful expansion of our advertising teams to ensure Twitter delivers the best level of service and results for advertisers globally. Last summer, we announced Twitter Advertising would soon be available in 50 countries. As we kick off 2013, we’ve exceeded that goal and now have capabilities to support advertisers and agencies in the US, UK, Ireland, Japan, Brazil as well as all across the Middle East, North Africa, Southeast Asia and Latin America. 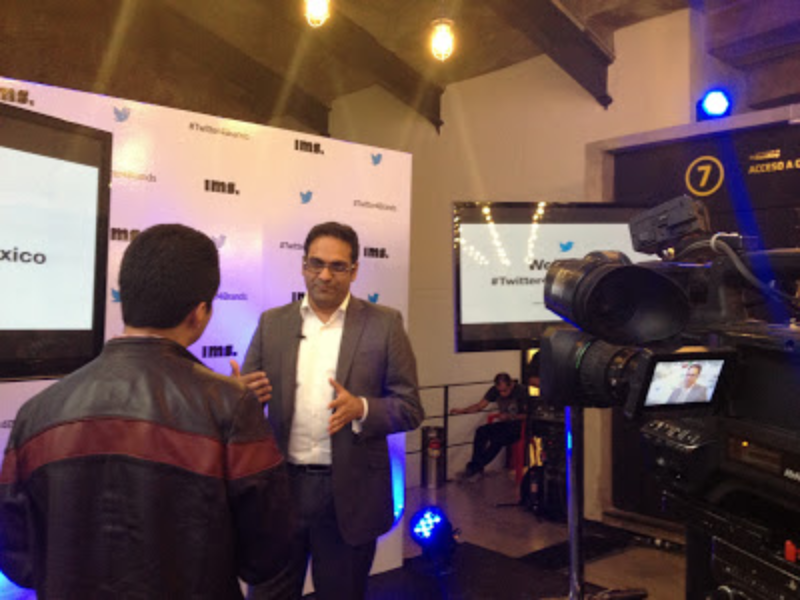 During my nine months at Twitter, I’ve traveled to nearly a dozen cities around the globe to meet with international advertisers and better understand their needs as they develop creative, targeted campaigns. Throughout my career, I’ve never seen anything that rivals their enthusiasm for Twitter’s ability to engage consumers in meaningful, real-time conversations.

International advertisers have also been an incredible source for innovative uses of our platform. This past fall, Mercedes Benz UK (@MercedesBenzUK) offered Twitter users the chance to determine the outcome of a new series of television commercials. In a world-first, the car brand encouraged Twitter users to use the hashtag #YOUDRIVE and determine how the storyline of its TV ads would progress.

During the summer, Coca-Cola Japan’s sports drink brand AQUARIUS (@AQUARIUS_SPORTS) brought consumers closer to the world-class athletic action in London. @AQUARIUS_SPORTS invited Twitter users to send messages of support to competing athletes through the branded hashtag #僕にはできる (#ICanDoIt). The brand featured #僕にはできる Tweets for a gold-winning swimmer across online and offline media including TV and print.

In Argentina, Infobae (@Infobae), a well-known online newspaper, ran a Promoted Trend to cover a major government protest planned for November 8. The Promoted Trend was named #8N EN VIVO (“#8N LIVE”). Promoted Tweets connected to the trend included links to a livestream of the protest, giving the people of Argentina a new way to keep up with breaking news.

Digital advertising remains as dynamic as it has ever been with the rapid growth of mobile, the integration of TV and online strategies and increasing Internet access across emerging markets. In 2013, we plan to continue our international expansion and launch Twitter Advertising across the rest of the world while deepening our commitment to the markets where we already operate. We also look forward to extending the reach of our advertising solution for small businesses, globally. Our goal is to deliver value to advertisers – large and small – around the world and make sure that our international business is a growth engine for the company.

The world’s a big place and there’s a lot of work to do. My bags are packed and I’m excited for all the adventures ahead. Make sure to follow @TwitterAds for real-time updates from upcoming launch events around the world.

Are you an advertiser outside the US with questions? Please submit your information and we’ll notify you when Twitter Advertising becomes available in your country: https://business.twitter.com/start-advertising