#BreakingBad, #ModernFamily and #BehindtheCandelabra were big winners at tonight’s #Emmys, but to catch a glimpse of how celebs prepared for the big day, what they wore on the red carpet, how the winners celebrated backstage and reactions from the nominees themselves, there was one place to turn — Twitter.

Data from SocialGuide — which measures the social media conversation around TV shows — confirms that this was the most social program on TV, with 924,667 Tweets in the US alone, up 48% on last year’s event.

Twitter and TV go hand in hand, so it’s no wonder that the Emmys (@PrimetimeEmmys) — a celebration of the best of TV — sparked a conversation from stars and fans alike that reached over 17,000 Tweets per minute around the world.

Backstage comes forward
CBS pulled out all the stops to bring viewers closer to the action with a “Twitter mirror” placed just off stage that could snap photos and share Tweets from the stars exiting the spotlight.

Photos of the stars were shared from this mirror all night via @CBS and @PrimetimeEmmys, giving the world a view of the action off camera as the stars celebrated and generally goofed around together backstage:

The two accounts were mentioned over 30,000 times as the pictures gave viewers an insight they just couldn’t get anywhere else.

The data
The event dominated Twitter with conversation around the #Emmys spreading across the world — in fact, according to Topsy geo-referencing — 58% of all Tweets around the event were from outside the USA, reports Twitter data editor Simon Rogers. 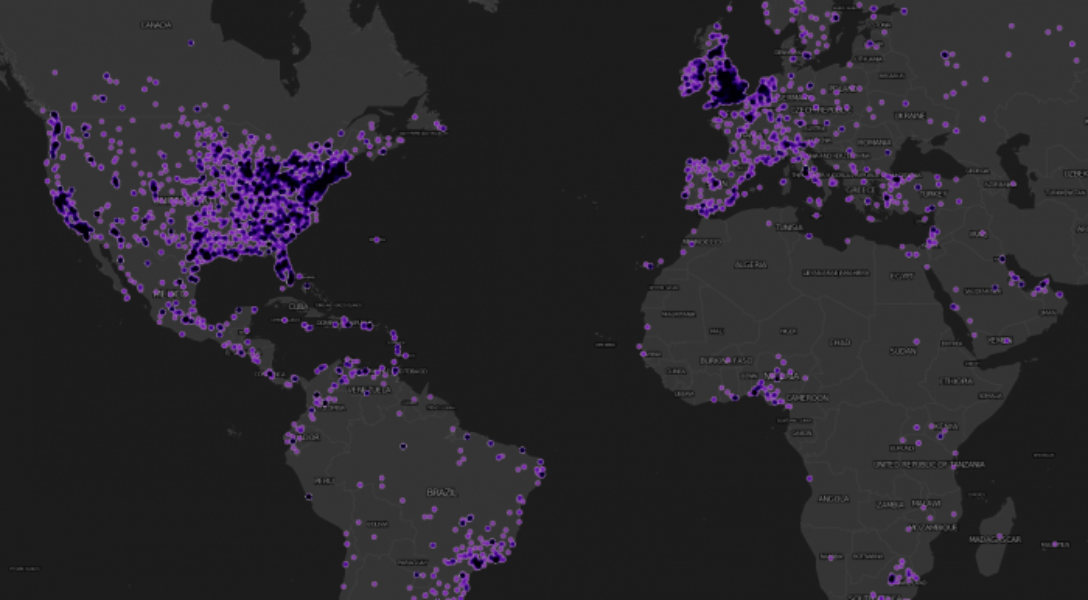 As the stars climbed the stage and the envelopes were opened, the world tweeted about the event.

The most-mentioned show was #BreakingBad, which was airing simultaneously to the Emmys. #Homeland, #Glee and #30Rock were just behind in total mentions. This chart shows the top moments of the night, measured in Tweets per minute:

Social guide data shows that this from #BreakingBad’s @AaronPaul_8 was the most-retweeted Tweet of the night.

It also reveals that the most-Tweeted official accounts were @KerryWashington with 17,895 mentions and @PrimetimeEmmys with 15,739 mentions.

Tributes, tears and triumph
Special tributes, speeches and upsets sparked the conversation this evening, as Tweets came in from the stars at the Nokia Theater to living rooms across the world.

Remembering Cory
Jane Lynch’s (@JaneMarieLynch) tribute to #Glee star Cory Monteith was widely commemorated by many on Twitter, prompting praise of her performance.

This Tweet was also one of the most retweeted of the entire night:

The winner
The stars and their shows took to Twitter to announce their victories to the world too:

EMMY GOLD GOES TO BREAKING BAD! CHEERS! And thank you fans for all the tremendous support.

CONGRATULATIONS to #JimParsons for picking up an Emmy for Lead Actor in a Comedy Series! RT to show your support. http://t.co/kiNnXm7sPj

The host with the most
Within an hour of the show starting, host Neil Patrick Harris (@ActuallyNPH) had been mentioned over 18,000 times. In the midst of strenuous rehearsals, he had already teased what he was planning to do the day before:

Mind mushy. Just finished a looong day rehearsing for 2morrow’s @PrimetimeEmmys. But I think it’s gonna be very watchable. I hope you do.

And when the moment came he told the audience:

“We’re halfway through the show, and I’ve been getting lots of Tweets asking why we aren’t doing a musical number.”

And sure enough, the number became one of the high-points of the night:

Watch Neil Patrick Harris and Nathan Fillion sing and dance together at the Emmys! http://t.co/zHRdWJwC1y

Reporting live from the scene
Twitter works best in real time, and live Tweets from behind the scenes came from very different sources during the night. These were just some of the famous faces giving us live updates as the night went on:

I once had a dream I went to hell and Satan said I would spend all of eternity re-rhinestoning all of Elton John’s suits. #MyHell #Emmys

And they weren’t alone, with at least one key moment captured:

While the cast of @BreakingBad_AMC celebrated live on Vine:

Before the show
While the #Emmys aftermath generated a lot of buzz, the Twitter activity actually started long before the first award was given. Many accounts used Twitter to help preview the Emmys. E! (@eonline) had highlighted their Twitter content in a special pre-show, which prominently displayed the #eredcarpet hashtag. They kept up a constant pace of live Tweets throughout the night and were rewarded with over 22,000 mentions in the first hour of the show:

Laura Linney wins at the #Emmys for #TheBigC…and “she’s such a great actress she didn’t even need to show up!” —Matt Damon

When the nominees and presenters got ready in their dressing rooms and backstage they let millions of Twitter followers in on the act too.

We are almost 24 hours from the #Emmys. Can you feel the excitement? Who do you want to see?

#NPH is ready for the Emmys. Are you? https://t.co/96EHRTPJoO

[This post has been updated with the latest SocialGuide data after publication.]