How newspapers and Twitter work together to drive revenue

Like television, Twitter and newspapers go together. Not only as a place to break the biggest live stories of the day, but as a way to connect newspapers to their readers and extend relationships with advertisers.

For Linda Grant, managing director of the UK’s free national newspaper @MetroUK, Twitter not only provides a window into the lives of the paper’s readers; it contributes to the bottom line.

Grant (@UrbanLinda), who has been managing director of Metro since 2011, spoke to Twitter (full video below) about how she uses the platform and recalls the moment it struck home that the way news was being reported was changing. That moment was a summer afternoon two years ago when news of the tragic death of singer Amy Winehouse broke.

“The first time it really drove home the power of Twitter and how things had changed was on a late Saturday afternoon when I saw a Tweet saying that Amy Winehouse had died. The speed at which that story unfolded and the way in which I felt it reported live by the power of the network I was on, rather than broadcast media, really blew me away and signalled to me that things had changed,” Grant recalls.

Twitter has long been part of Grant’s routine. She uses it to see what readers are saying about Metro, which distributes 1.3 million copies each weekday morning, in terms of customer service and as a way to grow the paper’s relationship with readers. 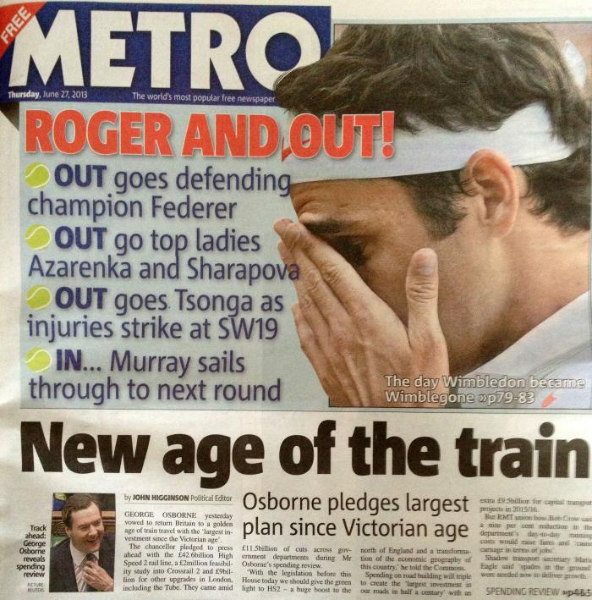 As well as extending the paper’s relationship with readers, Twitter has helped extend relationships with advertisers on multi-channel marketing campaigns. Grant cites the example of Adidas’ successful #TakeTheStage campaign during the London 2012 Olympics.

“We really loved working with Adidas on the wraps that we did for Metro. Using the hashtag #TakeTheStage helped them to really fuel that conversation through the whole Olympics period,” says Grant.

It is these kinds of initiatives that help add to Metro’s bottom line, and Grant says that Twitter helps here as well:

“Twitter does contribute to the bottom line indirectly as much as anything,” Grant observes. “Obviously we have a number of Twitter followers [for @MetroUK]. We’ll use that to share stories and links to our digital content, so it’ll drive traffic, which ultimately converts into the bottom line, as we monetise that traffic. Also we work very closely with a lot of advertisers.”