London Fashion Week drives more buzz than ever on Twitter

Fashionistas across the UK got front row seats on Twitter during London Fashion Week on the back of an unprecedented level of creativity from brands as they found new ways to share the glamour and excitement.

This helped take conversation about #LFW on Twitter to new levels with a rise in tweets of almost 20% this year compared with 2012.

Burberry, Topshop, River Island and Toni & Guy were among the brands giving fans access to the clothes, hair and makeup trends we can expect to be sporting in Spring/Summer 2014 via Twitter and Vine. Together they helped drive the number of Tweets mentioning #LFW this week to almost 180k, according to Topsy. This was considerably up on the 143.6k mentioned this time last year. 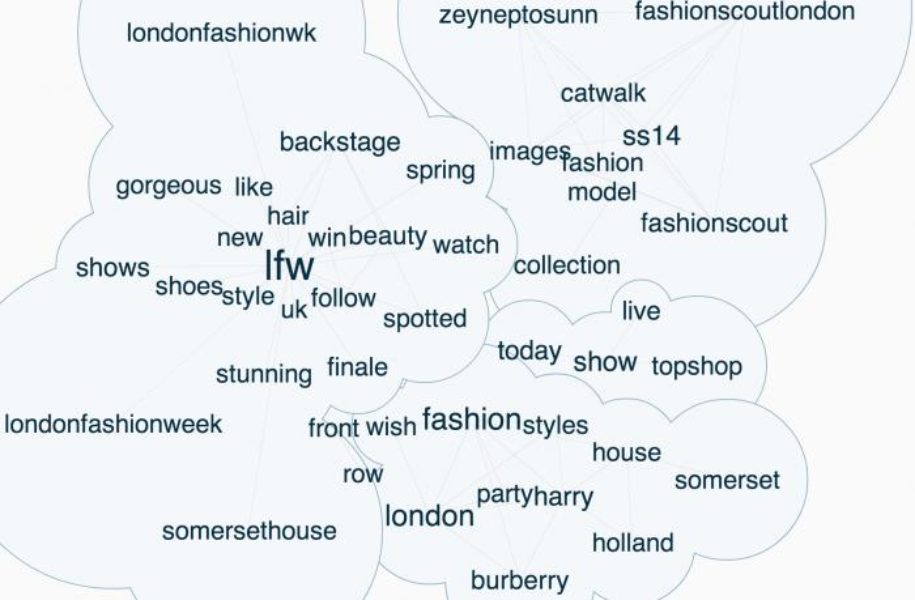 Burberry has been using Twitter for some time to give fans exclusive access to its fashion shows. This year it stepped up its game as it again used a Twitter Card to livestream the Burberry Womenswear S/S14 show. It also live tweeted the entire show, backed by Promoted Tweets and Promoted Accounts, to increase its follower base. This helped Burberry to become one of the most mentioned brand on Twitter during #LFW with almost 10k mentions according to Topsy.

While the flagship show garnered huge interest it used bespoke content to drive conversation around the brand. Fans were offered backstage and front row moments as Burberry shared pictures, Vine videos and tweets of celebrity guests and models before and as they took to the catwalk. One of the highlights of its behind the scenes tweeting was its #BeautyBooth campaign, which showcased models and their @handles.

A #BeautyBooth shot for you & your readers @RUSSH_Magazine from the #Burberry S/S14 show - shot with #iPhone5s #LFW pic.twitter.com/pipWh8TEeY

Toni&Guy Hair Meet Wardrobe (@Hair_Wardrobe) ran Promoted Tweets throughout #LFW, with a Promoted Trend on Sunday to help make the Unilever-owned beauty brand one of the most talked about of the week.

Vine played a pivotal role in the Toni & Guy campaign as the brand, using the #SecretReporter hashtag, sent people backstage to shoot footage to give fashion junkies a sense of what goes on behind the scenes at a big show.

Backstage everything is almost ready for the @MWWorld #SS14 show! Watch it as it happens! xo #SecretReporter https://t.co/hOWAsQDtBy

High street fashion brand River Island (@river_island) chose #LFW as the springboard to launch its @Rihanna for River Island Autumn Collection. It backed this globally with Promoted Tweets and scored thousands of mentions.

Watch the second installment of the making of the #RihannaForRiverIsland Autumn Collection! http://t.co/vI23PLJ10J

The brand has had a busy #LFW as it also unveiled its new range from London-based Korean designer Eudon Choi (@eudonchoi).

Cosmetics brand Rimmel London (@RimmelLondonUK) ran a series of Promoted Tweets using video content based around how women could recreate the looks being worn by top models at London Fashion Week.

The video tutorials tweeted out included how to “recreate a beautiful English rose” look as seen on the Burberry catwalk. In addition, it shared tips from fashion writers and presenters such as style blogger Kalee Hewlett (@kaleehewlett)

Check out our latest get the look tutorial from #LFW inspired by PPQ! Perfect for making a statement! http://t.co/2dGHV0wxHx

Year in and year out, Topshop has become one of the hottest tickets at #LFW. It’s latest show did not disappoint. It hosted a live Twitter Gallery on its homepage on the morning of Sunday’s show allowing visitors the chance to experience the final preparations of its much anticipated show. The show itself was live streamed on Twitter and featured among others the model of the moment Cara Delevingne (@CaraDelevingne).

The Sunday show also included a “Fashion Tweet Off” where users could review the fashion on Twitter and give their verdict. Other innovations this year included a Twitter garden, an installation with Tweets hanging from a tree, at its flagship Oxford Street store and content posted from backstage using Vine as well as a hashtag competition to win tickets to next season’s show. 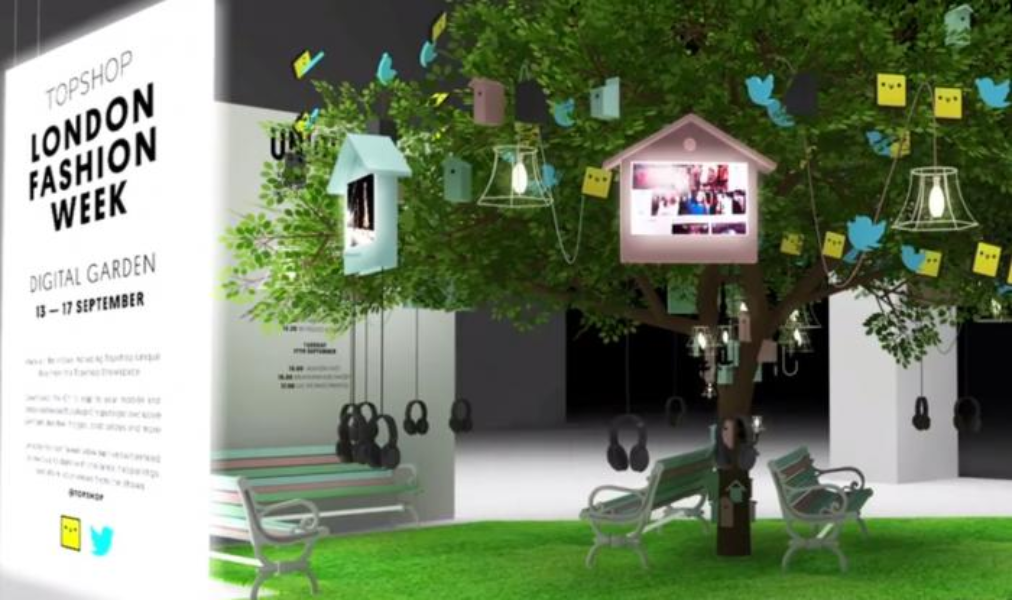 This all helped @Topshop to achieve more than 13,000 mentions. Of course, Vine videos of One Direction’s Harry Styles might have helped.

There’s someone who wants to say hello to all you #Topshop fans! Oh yes it’s @harry_styles #LFW #boycrush #… https://t.co/6j9opXMDze