By
Wednesday, 15 May 2013
Link copied successfully

Many prospective car buyers engage in auto-related conversations on Twitter to seek information and listen to others’ experiences. To understand how Twitter helps automobile manufacturers connect with their potential customers, we partnered with Compete (@Compete) and looked at how Tweets from auto manufacturers influence the UK shoppers who see them.

The “Tweets in Action: Auto” study found that exposure to Tweets influences prospective car-buyers’ brand consideration and likelihood to follow up offline. In other words, the more Tweets they see, the higher the likelihood that they will search for auto brands and pursue offline activities such as sign up for a test drive or look for a car dealership.

The study analyzed nearly 1,800 users and their site visitation behavior in the United Kingdom. The study looked at three different groups of users. The first group consisted of those users who were exposed to at least one Tweet (promoted or organic) by an auto brand. The two remaining groups of users were control groups: one consisted of Twitter visitors who were not exposed to auto brand Tweets, and the other represented the average internet user. 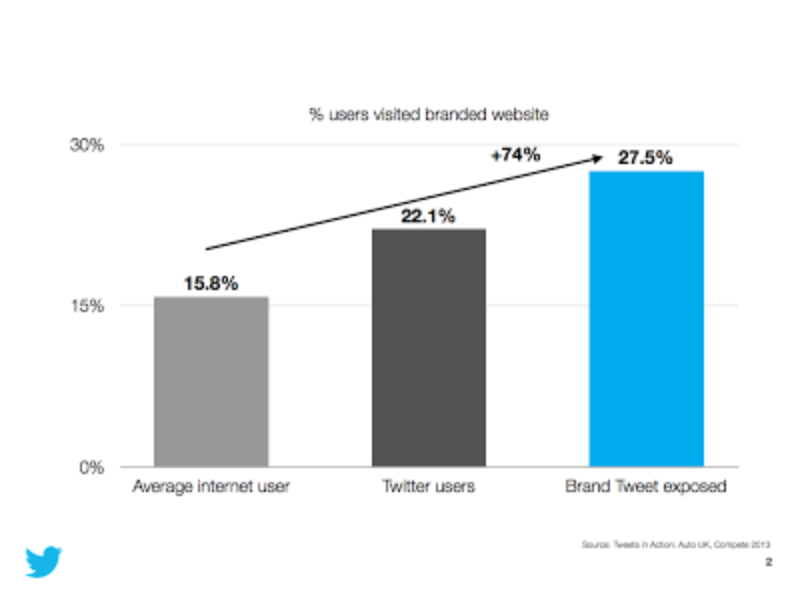 More than one-third of Twitter users who see auto brand Tweets search for auto manufacturers, which is 54% higher than the average internet users. 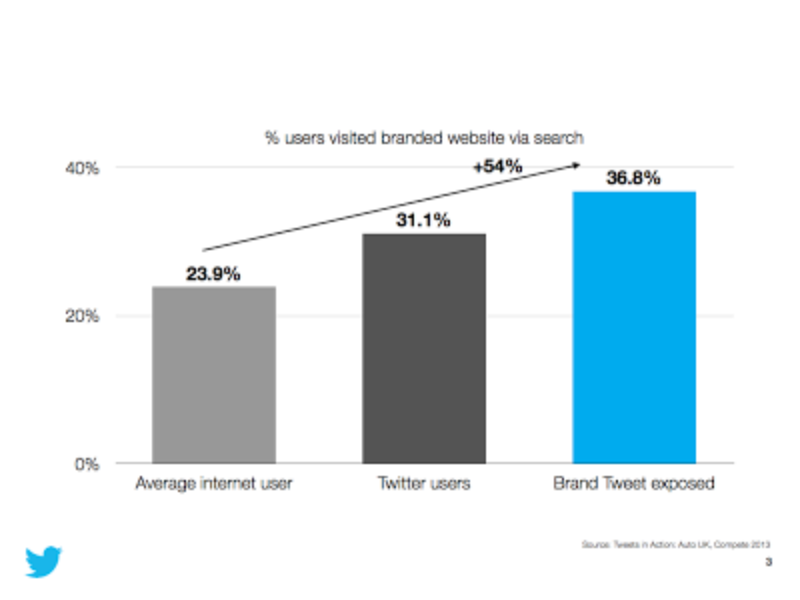 3. Exposure to Tweets influences the likelihood of conversion

Compared to the average internet users, Twitter users exposed to Tweets from auto brands are nearly twice as likely to engage in lower-funnel activities, such as sign up for a test drive and locate a dealership. 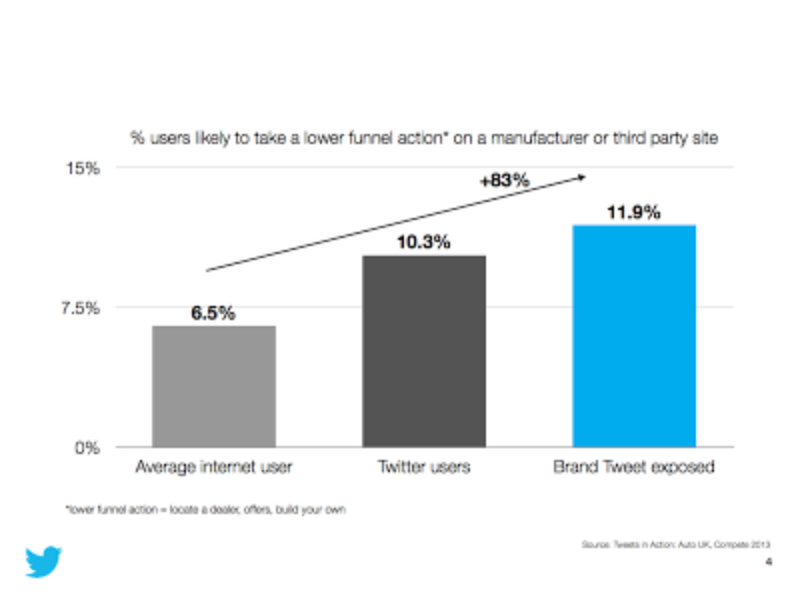