Today, we’re releasing Twitter #music, a new service that will change the way people find music, based on Twitter. It uses Twitter activity, including Tweets and engagement, to detect and surface the most popular tracks and emerging artists. It also brings artists’ music-related Twitter activity front and center: go to their profiles to see which music artists they follow and listen to songs by those artists. And, of course, you can tweet songs right from the app.

The songs on Twitter #music currently come from three sources: iTunes, Spotify or Rdio. By default, you will hear previews from iTunes when exploring music in the app. Subscribers to Rdio and Spotify can log in to their accounts to enjoy full tracks that are available in those respective catalogs. We will continue to explore and add other music service providers.

So, if you’re interested in the songs that have been tweeted by the artists and people you follow on Twitter, you can navigate to #NowPlaying to view and listen to those songs. 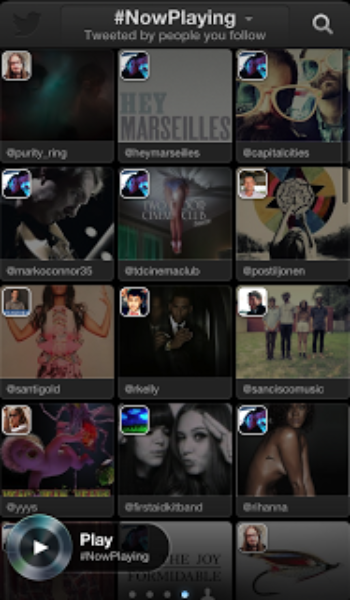 Or if you’re scrolling through a chart and you want to learn more about a band, like Chvrches, you can tap their avatar to see their top song, follow them right from the chart, or tap their Twitter username to go to their profile. 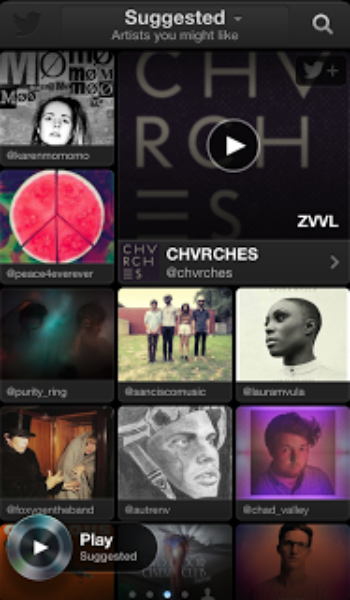 Or if you want to listen to music from the artists Wiz Khalifa follows, you can search for his name using the search icon in the top right corner. Then tap one of the artists you’re interested in and hit the play button to begin listening, or press play on the player to listen to all the artists. 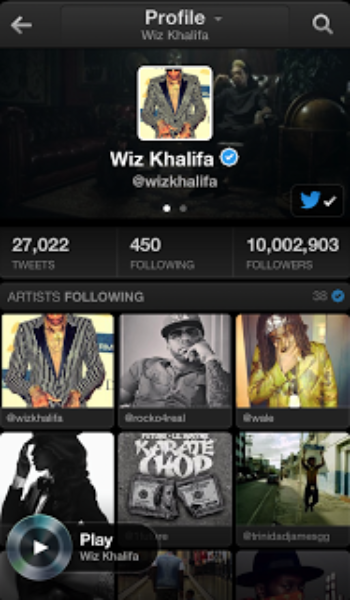 And as you discover new songs that you want to share with your followers on Twitter, simply tap the spinning disc in the lower left corner. This opens the player, and you can tweet from there using the Tweet icon in the top right corner. 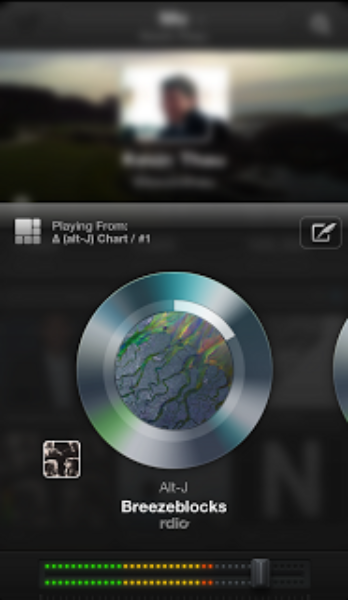 You can download Twitter #music from the App Store today, or enjoy the web version, which will be rolling out over the next few hours: music.twitter.com. Right now, the service is available in the US, Canada, the UK, Ireland, Australia and New Zealand. Over time, we will bring the service to Android as well as to more countries.

Twitter and music go great together. People share and discover new songs and albums every day. Many of the most-followed accounts on Twitter are musicians, and half of all users follow at least one musician. This is why artists turn to Twitter first to connect with their fans — and why we wanted to find a way to surface songs people are tweeting about. We offered music artists an early look at the service. You can see some of their reactions below. We hope you like it, too.

Hey @ twittermusic thanks for sending me the new music app… Y’all are the shit!
— Blake Shelton ( @blakeshelton) April 13, 2013

playing with this new @ twittermusic service. this is going to be really cool for music discovery when it’s released
— ŦҤE GŁłŦ₡Ҥ MØB ( @theglitchmob) April 12, 2013

Twitter has some insane things in the pipeline. The new twitter #music app is big! Shout out to my peeps over at twitter ;) #HUGE
— Ne-Yo!! ( @NeYoCompound) April 15, 2013

just listening to @ jamesblakeon @ twitter’s new music app. not sure when it launches, but it’s a really interesting music resource.
— moby ( @thelittleidiot) April 16, 2013

Thanks to my friends @ twittermusic for sharing your new app and connecting us thru music. Congrats!
— Jason Mraz ( @jason_mraz) April 16, 2013

Posted by Stephen Philips (@huntedguy)
Founder, We are Hunted