In my role at Twitter, I work with a spectrum of businesses – both large and small. This year, I’ll be traveling around the world and am particularly excited to meet with smaller businesses to share how Twitter can help them grow. This week, at the National Retail Federation (NRF) Annual Convention in New York City, I spoke about the future of retail during the “Main Street Retailing Forum” keynote.

The future of retail isn’t about tech, it’s about humanity. It’s about moving people not product - @ralfonsi #NRF13 twitter.com/TwitterSmallBi…

I shared how 200 million people around the globe log in to Twitter every month. These users send 400 million Tweets every day. And retail is one of their favorite interests. 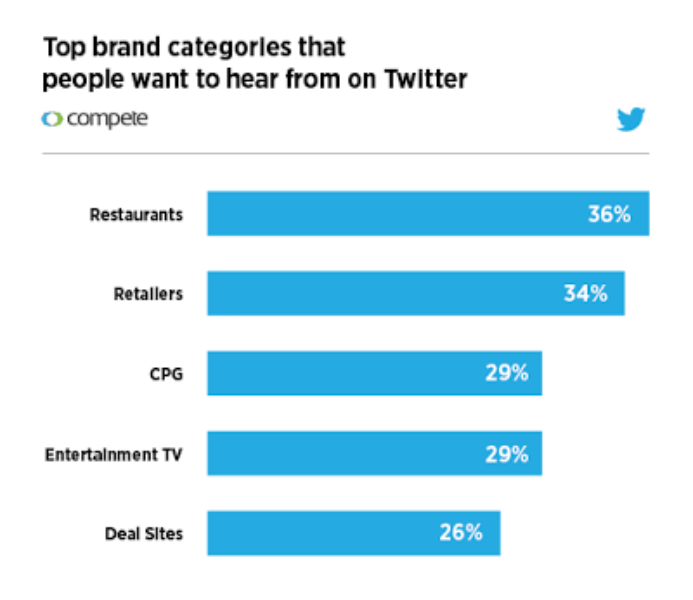 In fact, from 2011 to 2012, the volume of these retail and shopping conversations on Twitter increased over 60%. 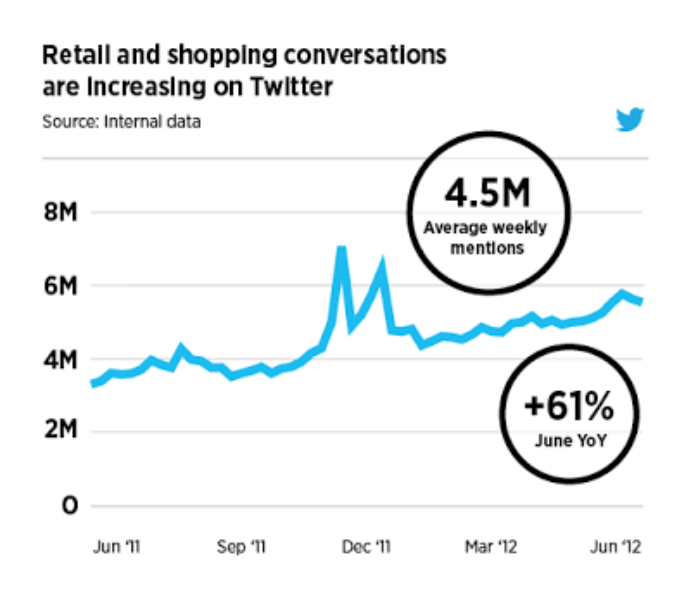 In the past, people would gather in a town square to discuss news and share information. Today, Twitter is the place where people gather to talk about products, retailers and shopping. Twitter has become the new global town square.

So what’s the best way for small retailers to get shoppers talking and keep them engaged on Twitter? Here are the four Twitter tips I shared at NRF to help retailers connect with customers:

Often, the best way to get started on Twitter is to listen to the conversations that are already happening. Listen to what your competitors are tweeting about and how they engage their followers. Look for industry trends by searching for relevant keywords or following relevant hashtags and influencers. Listening before you tweet can help you make more informed decisions about the content you tweet and even help you identify existing customers.

Hampton Coffee Company (@HamptonCoffee) is a family-owned and community-focused espresso bar, café and coffee roastery business in The Hamptons, New York. Almost every day, co-owner Jason Belkin searches Twitter for people who have mentioned the business and thanks them for visiting. Jason can tell that listening and responding on Twitter works every time a customer drops by and says, “I was the one tweeting with you yesterday.”

@hamptonsthings Ask for Juan at the front counter. Lunch’s on us! :)

Authenticity is key on Twitter. It’s not just what you say in your Tweets, it’s how you say it. Customers will find you more relatable if your Tweets are conversational and show personality. Know your audience and tweet in a natural way that will appeal to them.

Don’t forget to be responsive to them too. Reply to their questions and jump into conversations that they have related to your business. You may even want to comment on current events, local news or industry happenings.

Whipped Bakeshop (@WhippedBakeshop), a bakery located in Philadelphia and run by a husband and wife team, frequently tweets images of the delicious treats they cook up.

Check out the cookies we made for @klgandhoda to thank them for featuring our cookies on @todayshow this morning. twitter.com/WhippedBakesho…

They also tweet about seasonal specials. They often reference popular hashtags to reach more people with their messages.

Ultra quirky cookies for the cool ppl on your list? We have those! Use code BLACKFRIDAY2012 for 10% off. buff.ly/WEgga9 #BlackFriday

But they also show a human side by sharing messages related to what’s happening in the world.

Definitely moist eyes in the bakery as we listened to the President speak about today’s tragedy. It’s so very sad.

Even though Twitter happens in real time, you can still plan ahead. With a simple content calendar, you can create a recurring weekly cadence that takes the guesswork out of creating your Tweets. On Mondays, tweet a promotion that is exclusively available only on Twitter.

Don’t forget our TWIXCLUSIVE code TWITTER15 to get an extra 15% OFF any 120 Color Palette. For 1st 100 customers only! bit.ly/BHeyes

On Tuesdays, tweet a behind the scenes look at your business. Include a photo or a video. A 2012 Buddy Media study found that Tweets with images have double the engagement of Tweets without images. Alternative Apparel (@AlternativeApp) featured a video in a Tweet that gave their customers a peak into a new store.

Watch the making of our new store in Larchmont, Ca. - alt-app.co/6O

When it makes sense, tie your Tweets to popular events or holidays. For example, you know that every year people will be talking about the Superbowl or Mother’s Day on Twitter. Use hashtags about these events to share relevant messages.

You may also want to consider creating your own hashtags around promotions or discounts. Create Tweets that tell customers to mention the hashtag in the store to redeem the deal. That’s an instant way to know that customers only saw the deal on Twitter.

Tip #4: Use Twitter Ads to amplify your organic presence.

Building a solid organic presence on Twitter creates a strong foundation for any business. Twitter advertising help businesses take that presence to a new level. Advertising on Twitter is different from other types of advertising because it lets businesses engage a broader set of users in real-time conversations.

Promoted Tweets are just like regular Tweets, except they reach more people who are similar to your followers and likely interested in your business. These Tweets can be targeted and appear contextually in a user’s timeline. Promoted Accounts allow you to reach an entirely new audience beyond their follower base.

Bottom line: Every business has its own personality, and Twitter is a unique, instant way to share that personality with your customer base and get closer to them. For more tips on finding success on Twitter, check out our small business case studies and download our Twitter for Small Business Guide.