Pitbull gives fans a chance to “Feel this Moment” with him

Miami rapper @Pitbull wanted to drive awareness for his June 18 show at the Hollywood Bowl, and his guest appearance the same day with Christina Aguilera (@xtina) on The Voice (@NBCTheVoice). He turned to Twitter to give his followers a taste of what a day in the spotlight is like.

And what a day it was. Before most people arrived at their day jobs — and just hours after an appearance on The Tonight Show with @JayLeno — Pitbull was letting his fans know what they were in store for:

then tonight lets turn #hollywood into the #PITBOWL

A few hours later, it was time to start preparing for the first of two big appearances that night:

Pitbull’s performance of “Feel this Moment” featuring Christina Aguilera during the finale of The Voice lit up the live audience.

performed with @xtina on #thevoicefinale check.. thanks to @Usher @shakira @blakeshelton (happy bday) and @adamlevine for the love dallee

Finally, he was off to his own grand finale at the Hollywood Bowl, with fans in tow:

For everyone following along on Twitter (and those going to the show), Pitbull came up with the clever hashtag #Pitbowl to keep the conversation going. #Pitbowl was displayed on the Jumbotrons during the concert and in his own Tweet leading up to the show. 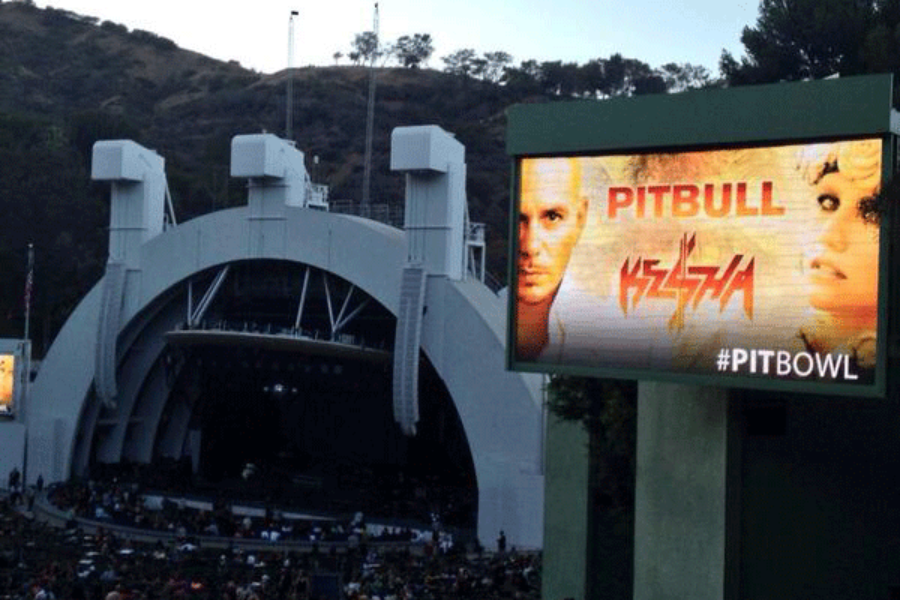 At the end of a long day, Pitbull enjoyed a special payoff: not only did he gain 43,000 followers that day — a 30 percent increase over his average daily growth rate — and a 2.4X increase in the number of @replies, the hashtag #Pitbowl was also mentioned 3,000 times on Twitter, including by some other stars:

Stopped by my friend’s party tonight! Thanks for having me @Pitbull #pitbowl pic.twitter.com/0DrepZHPeB

Based on the Twitter response, Pitbull decided to add his Twitter handle and a new hashtag, #dontstoptheparty, to the Jumbotron for subsequent shows:

Ever the consummate professional, Pitbull thanked his fans at the end of the night.