@TIME’s Person of the Year

Once a year, the editors of TIME magazine select the one person or entity who has most affected the world stage over the past 12 months. The honoree adorns the cover of the the news magazine — and this year, is also recognized by this Tweet:

Since this morning’s announcement, this Tweet has been retweeted more than 15,000 times. That makes it easily @TIME’s most retweeted Tweet of all time, and one that dwarfs the 3,281 retweets of last year’s POY news for Barack Obama.

According to Topsy, within ten minutes of the news going live at 7:42am ET on the TODAY Show and on Twitter, terms related to the choice including @pontifex and #TIMEPOY were mentioned on Twitter over 7,000 times. As of this post that number has grown to 120,000.

As captured in this animation, news about this particular Person Of The Year was truly global: it was mentioned in 130+ countries around the world within an hour. 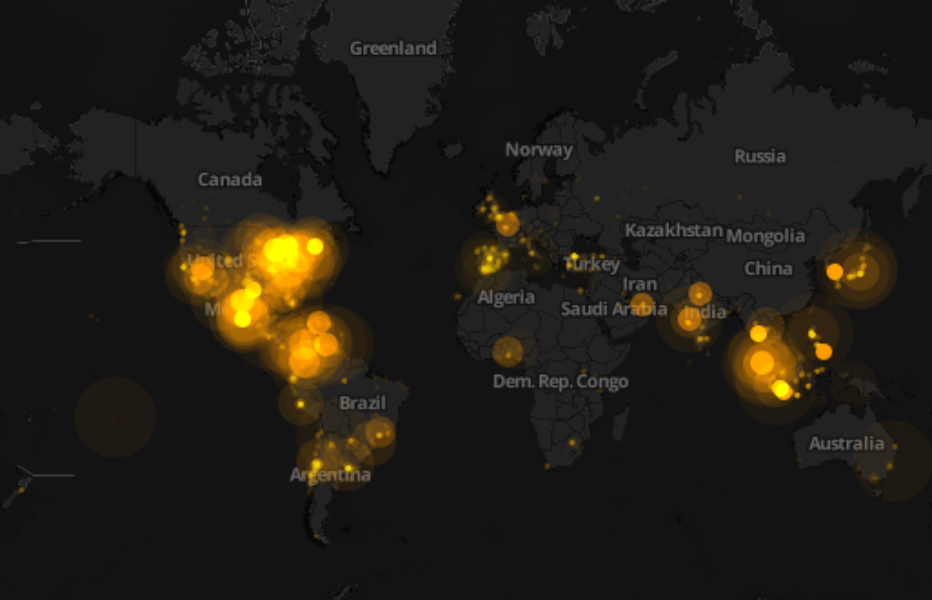 Click on image to explore how the news spread around the globe.

For several weeks, Twitter has enabled the conversation about TIME’s Person of the Year, offering people around the globe the chance to cast a vote for the reader’s poll by tweeting. And today, people tweeted their reactions to the selection:

“Find new ways to spread the word of God to every corner of the world.” Pope Francis I @Pontifex #Believe

I liked Pope Francis before it was cool

A voice of compassion, and a great choice for Time’s Person of the Year — Pope Francis, The Choice http://t.co/amHUtDIZxY

Pope Francis (@Pontifex) is definitely the Person of the Year. He’s lighting the way for all of us.

I think @TIME made a great choice. Don’t you? READ: Pope Francis is TIME’s choice for Person of the Year 2013 http://t.co/8QSSehvtXH

Pope Francis has definitely made some big changes, and his @TIME title of “Person of the Year” is well deserved!

I am delighted to learn that @Pontifex was named Time magazine’s “Person of the Year.” #TIMEPOY http://t.co/Fd7TwlNtf1

Pope Francis named @TIME Magazine’s person of the year. Certainly a worthy choice, but I was betting it would have been Snowden!