The TweetDeck blog recently caught up with Zach Seward, senior editor at Quartz (@qz), to find out how he uses TweetDeck in his work. 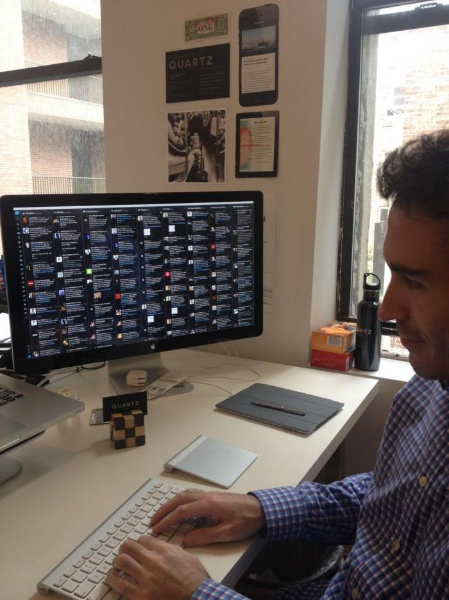 I also use a few lists: the Quartz team, Jake Harris’s “news hackers” and Heidi Moore’s “economy wonks.” When I need a break, I look at my list of accounts that tweet entirely in capital letters. Searches I use on an ad-hoc basis when news breaks. The filters to see only Tweets with images or videos can be really useful in those cases.

This is one part in a new series called #TweetDeckTips that highlights the powerful features unique to TweetDeck. Read the original post and more about TweetDeck on the TweetDeck blog.