President Obama took his message public last night in an effort to convince Congress — and the world — of his plan for military action against Syria. As world opinion has evolved, and before a vote has gotten anywhere near Capitol Hill, how have politicians used Twitter to take their own arguments to the people, and to find out what they think?

Before the speech
Prior to the President’s 16-minute speech last night, the @WhiteHouse tweeted to encourage citizens to tune in.

At the same time, world leaders used Twitter to announce the latest news on the crisis:

In the days leading up to last night’s speech, members of the House and Senate were working out their own positions on Syria, many using Twitter to gather constituent opinions to help shape their own responses to the President’s plan.

Sounds like I will be voting on military action in Syria! Send me information/articles to read as I study the issue to make my decision

Please let me know via twitter your thoughts on the crisis in Syria.

@RepScottPerry and @treyradel used Vine videos to let their voters in on the process:

@RepAndyHarrisMD shared the opinions of his constituents:

Constituents in MD-1 oppose action 1518 to 37 according to calls, mail and emails. Planning to attend the briefing on Syria tonight.

And those who came to a decision said so on Twitter:

We are wary & weary of war. Assad should surrender chemical weapons so we can find a peaceful solution to quagmire in #Syria.

Meanwhile, the world was watching.

Outside the WH right now… pic.twitter.com/oAeqkiYaDO 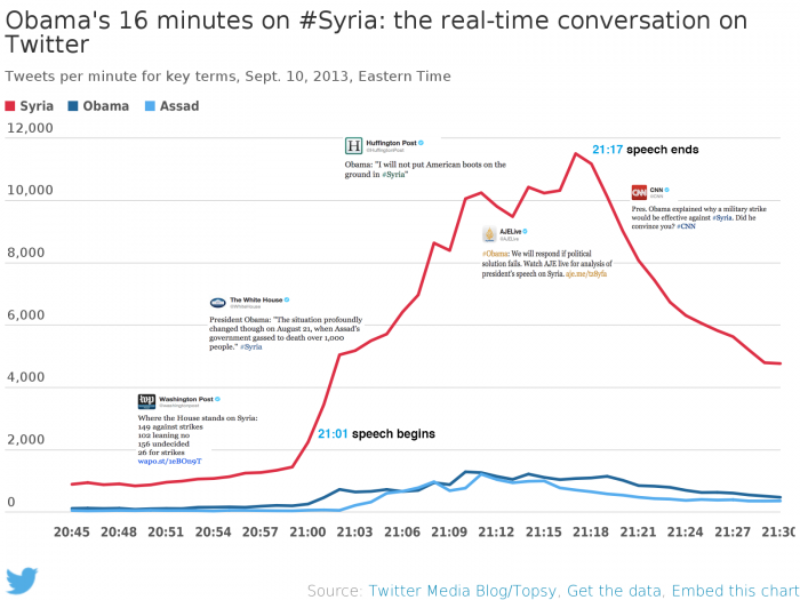 Click image to explore interactive version of this chart. 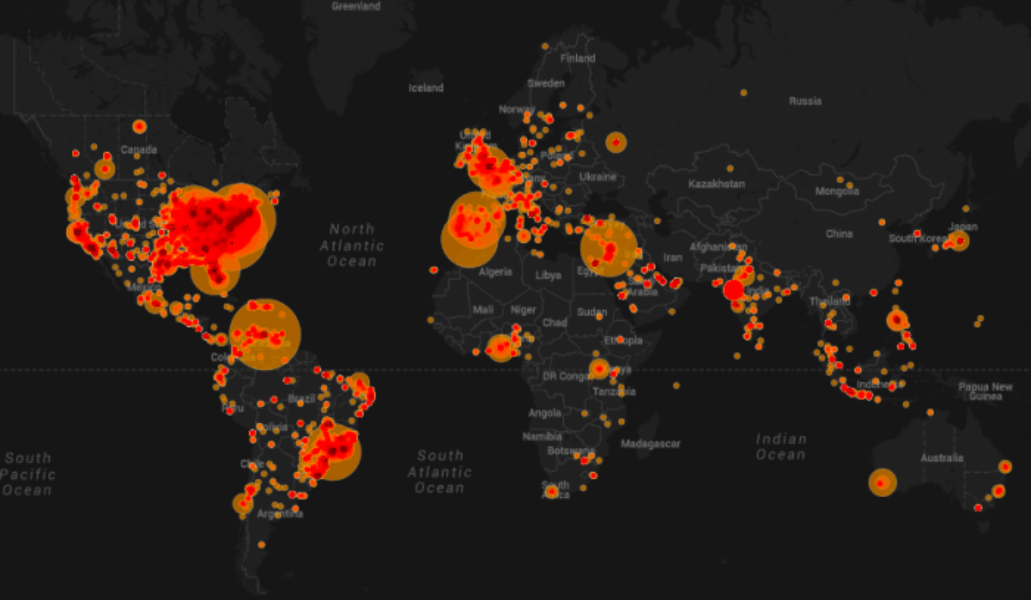 As the speech began, it was relayed live on Twitter too. The @WhiteHouse live-tweeted the President’s speech as it happened. This was one of the most-retweeted from their account last night:

President Obama: “I will not put American boots on the ground in #Syria. I will not pursue an open-ended action like Iraq or Afghanistan.” 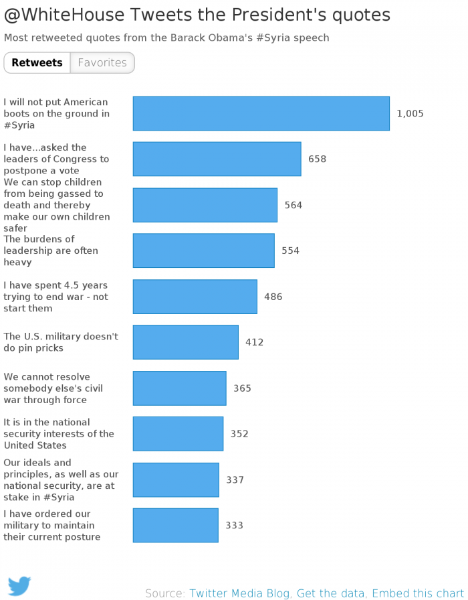 Click image to explore an interactive version of this chart.

As viewers absorbed the implications of the speech, politicians again turned to Twitter with instant reactions, and to connect directly with voters:

Still no explanation of steps 2, 3, 4, etc. and consequences of going to war in Syria. I am still a NO.

I think President Obama was compelling and convincing

America should bring world together to condemn/penalize Syria. Such an effort, however, is best pursued thru int’l negotiation & diplomacy

The President failed to make the case that we should commit an act of war in #Syria. I remain a firm No vote.

On #Syria moved from no to hell no! #SyriaSpeech

Do you know of any other innovative uses of Twitter? Let us know at mediablog@twitter.com.