Tweeting with the stars at the #LatinGRAMMYs

On November 21, the 14th annual Latin Grammy Awards aired live from Las Vegas with a series of Twitter integrations and promotions that brought in 437,691 Tweets about the show, from 161,720 unique Twitter users. According to SocialGuide, that’s up 34% over the number of Tweets from last year.

Here’s how @LatinGRAMMYs brought fans closer to the stars that night.

Tweet a call to action
In the hours leading up to the event, the accounts @LatinGRAMMYs, @Univision and @UforiaMusica sent Tweets encouraging fans to send questions to the stars, some of which were read and answered live on the red carpet. For a lucky few, their Tweets were read on air during the show.

To encourage fans to send in questions, @LatinGRAMMYs sent countdown Tweets announcing how long until the pre-telecast would begin (and their questions would be read). And when the main event was about to start, @LatinGRAMMYs kicked it off:

Enlist a social correspondent
Alejandra Espinoza (@AleespinozaTV), an entertainment reporter from Univision and Sabado Gigante, helped bring the audience on Twitter one step closer to the stars by stopping performers to ask the questions.

Promote the event with on-air hashtags
The live stream displayed the hashtag #LatinGRAMMY and the Twitter icon on the lower righthand corner of the screen during the pre-telecast as well as the ceremony itself, prompting viewers to join the real-time conversation. 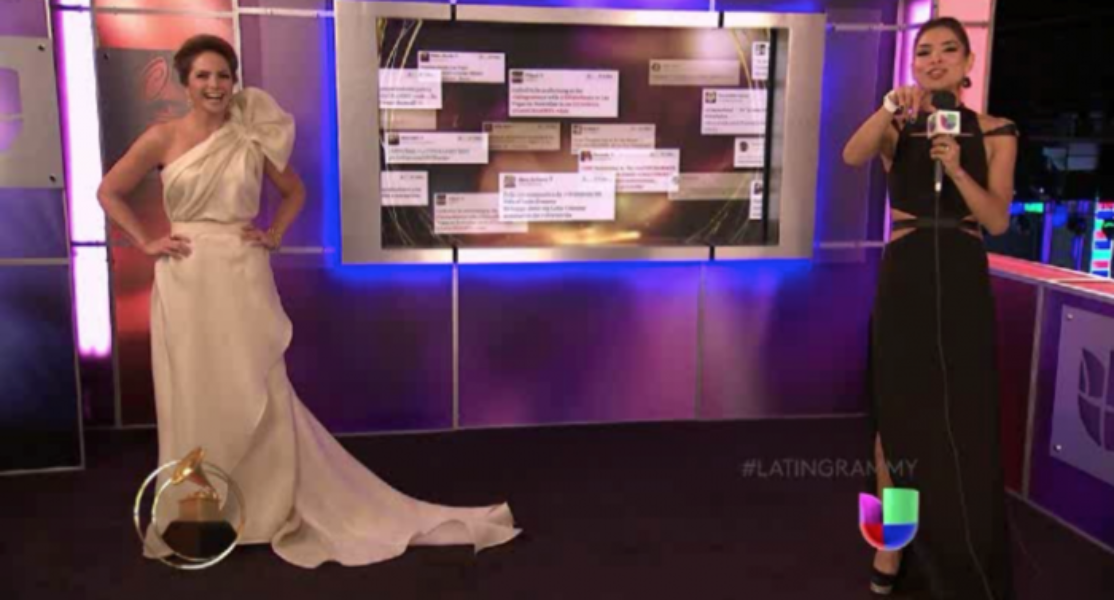 Then she shared this photo, giving fans access they wouldn’t otherwise have.