While we’ve long offered a mobile app for Android users, we’ve not yet provided an app that is optimized for Android tablets –– until now.

The landscape view fills your screen with Tweets, conversations, Trends, accounts to follow and more. With a single tap, Tweets expand on the right side to show photos, videos and article previews. Dive deeper with another tap to see photos, play videos or read links from the web in fullscreen mode. 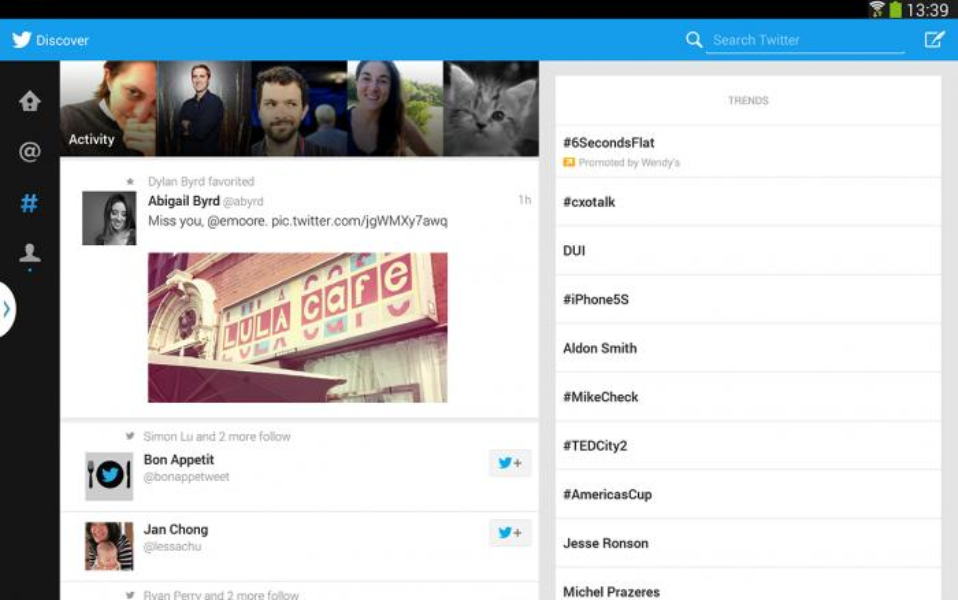 Twitter for Android Tablets will first be available on Samsung tablets, starting today with the Samsung Galaxy Note 10.1-2014 Edition, and it will come to other Android tablets by the end of the year. We worked with Samsung to include a few unique features:

Multi-screen view
This new view lets you run Twitter and another app at the same time. Now, you can read Tweets while browsing the web, or check out accounts while you stream music and videos. 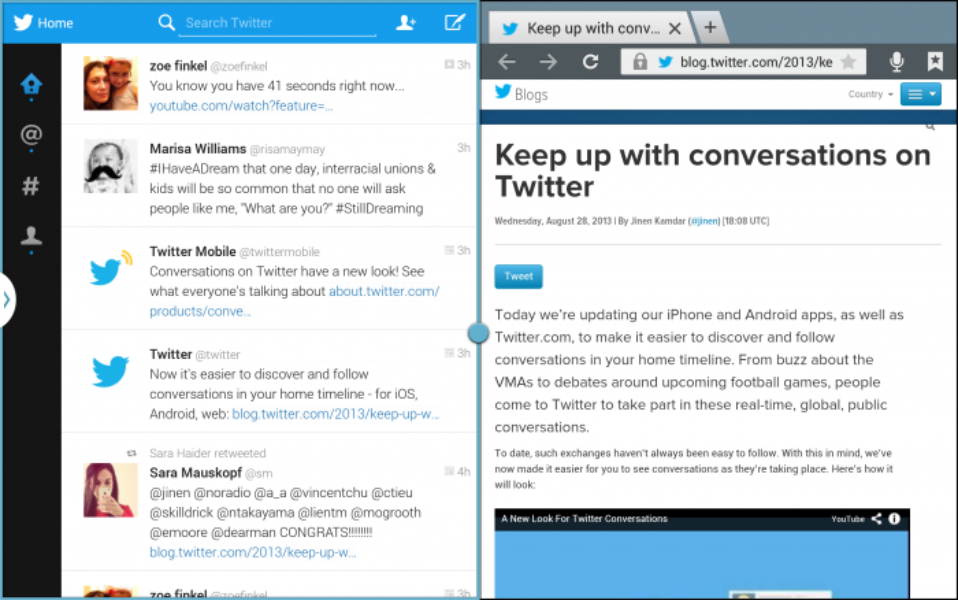 Twitter widget
We’re introducing a widget that brings Twitter content directly to your tablet. The new Twitter widget lets you engage with Tweets, photos, and videos while also delivering country specific breaking news, music, sports and photos. By logging in, you’ll see a more personalized experience where you can interact by favoriting or retweeting right from the widget.

Illustrate your Tweets
You can now use Twitter as your canvas to create and tweet colorful illustrations, or you can also draw directly on photos from your photo gallery and share them. The ability to doodle also works with the S-Pen, which is available on the Galaxy Note 10.1-2014 Edition. 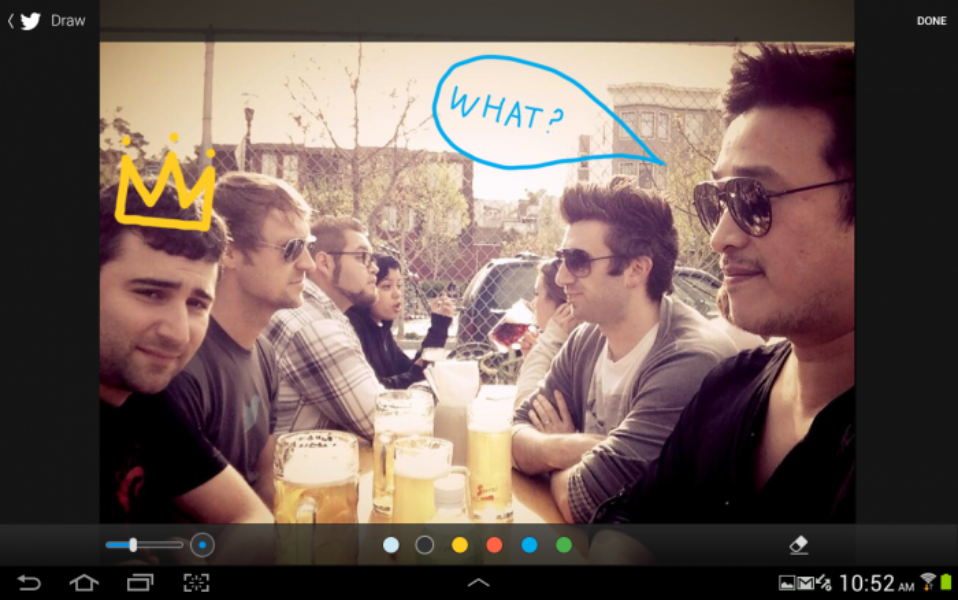 Update: As of October 15, the Twitter for Android Tablets app and widget are now available on most Samsung tablets. Download it from Samsung Apps here.