Yesterday at Mobile World Congress in Barcelona, Mozilla announced that 18 mobile operators from around the world will support Firefox OS, its new mobile operating system that takes advantage of the power of the web. When those devices begin to ship, Twitter for Firefox OS will be available in the Firefox Marketplace.

Similar to our other mobile apps, Twitter for Firefox OS has a rich interface, featuring the Home, Connect, Discover and Me tabs, as well as the search and compose Tweet icons, so you can easily find and send Tweets from anywhere in the app. 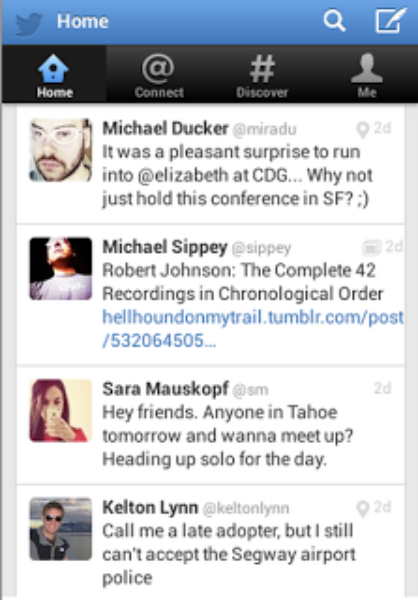 We’ve also implemented support for a feature unique to Firefox OS: Web Activities. This lets you tweet photos directly out of any app that also supports web activities such as the built-in photos app.

We’re excited about the future of Firefox OS, and look forward to phones shipping with support for our new Twitter app.