As the @MTV#VMAs took place last night, artists and music fans celebrated the party on Twitter. And while the night’s action unfolded in real time, the #VMAs became a global viewing party for music fans all around the world to experience firsthand.

Each year, music and TV lovers flock to Twitter to share their favorite #VMA moments. And as no surprise, the night’s most highly anticipated performances lit up Twitter.

According to @NielsenSocial, there were 12.6 million Tweets in the U.S. about the #VMA airings.

From @Beyonce’s flashy number to @Usher and @NickiMinaj’s unforgettable dance moves, last night’s lineup stole the show. Here are the moments that sparked the top Tweets per minute (TPM) peaks:

During the show, a handful of artists kept their music fans captivated on Twitter. Here is a ranking of the most-mentioned fan favorites: 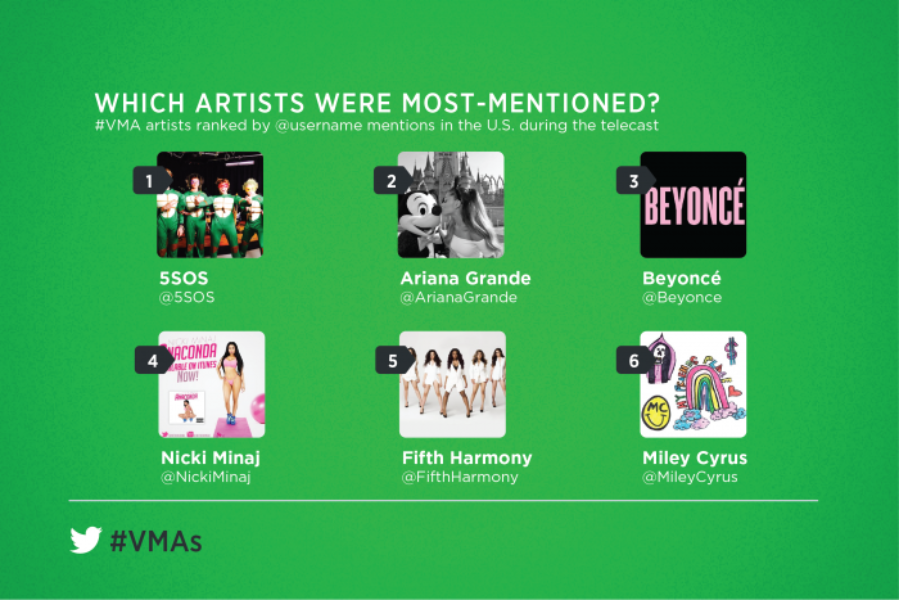 This past weekend, artists took their followers along for a VIP adventure as they Tweeted exclusive rehearsal Tweets and offered the world a first-class look at life behind the curtains during the VMAs.

Best Rock Video award winner Lorde (@Lordemusic) shared an up-close shot of her pre-VMAs beauty routine and later followed up with a stunning photo to capture her final look.

Nominees took @MTV’s hashtag-powered award competition straight to Twitter and rallied followers to cast their votes for “Best Lyric Video” and “Artist to Watch.” In 140 characters or less, music fans used Twitter to voice their votes and talk directly to their favorite artists.

Here’s a photo grid featuring some of the most-shared #VMAs photos: 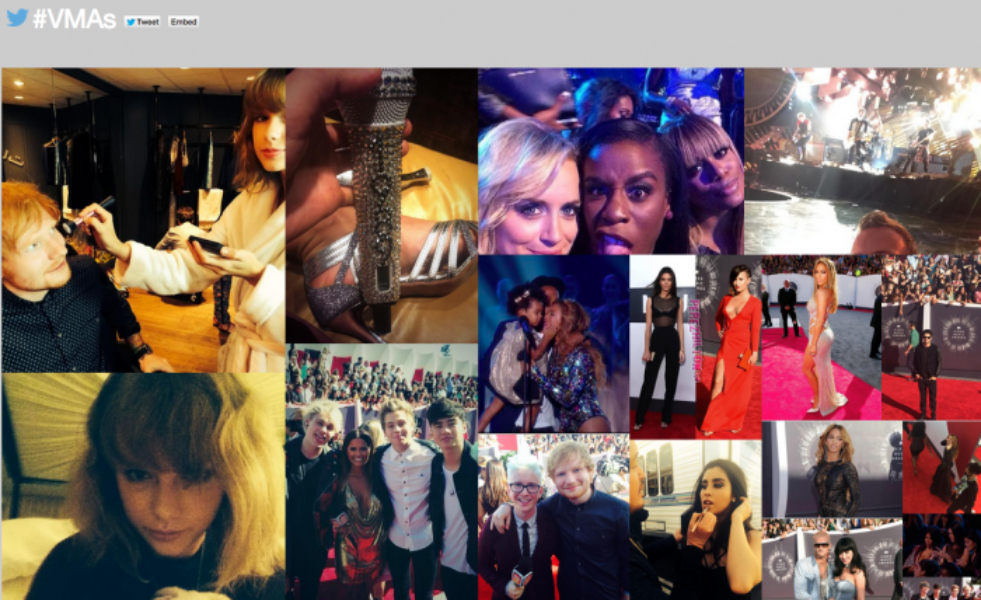 Fans weren’t the only ones using Twitter to express themselves during the VMAs this weekend. As the show aired, artists in the audience, as well as stars who watched from home, took to Twitter and shared their voices in real time.

Vines for the #VMAs
@VineApp launched a dedicated Video Music Awards Vine channel to help viewers keep up with real-time exclusive happenings from the VMAs. The channel offered audiences a unique, 360-perspective of the show.

Some of the night’s most popular Vines included:


And her famous dance moves: