A closer look at the #Emmys

During the 66th Primetime Emmy Awards, the biggest names in the TV industry gathered to celebrate exceptional work in television. Whether they were walking the red carpet, experiencing the show from the audience or prepping backstage, nominees and presenters gave fans a real taste of #Emmys action on Twitter with photos, videos and 140 characters.

Twitter and TV go hand in hand, and tonight was no exception. There were 1.1 million Tweets about the show (+/-3 hours) during the live telecast (8-11 p.m. ET) according to Nielsen. 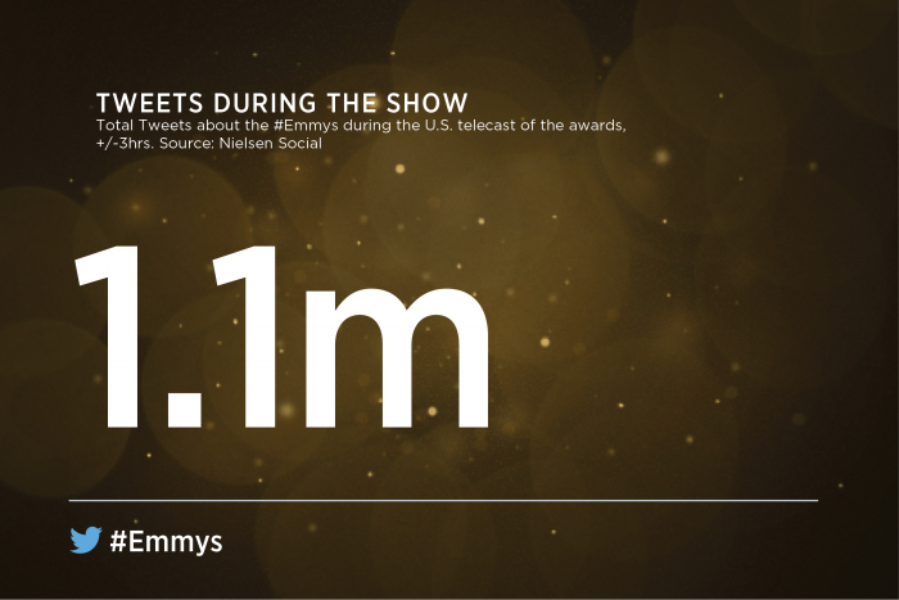 TV fans who couldn’t make it to Nokia Theater in Los Angeles for the show could still be a part of the global Twitter conversation to weigh in on their favorite shows and stars. Here are the night’s most Tweeted-about stars: 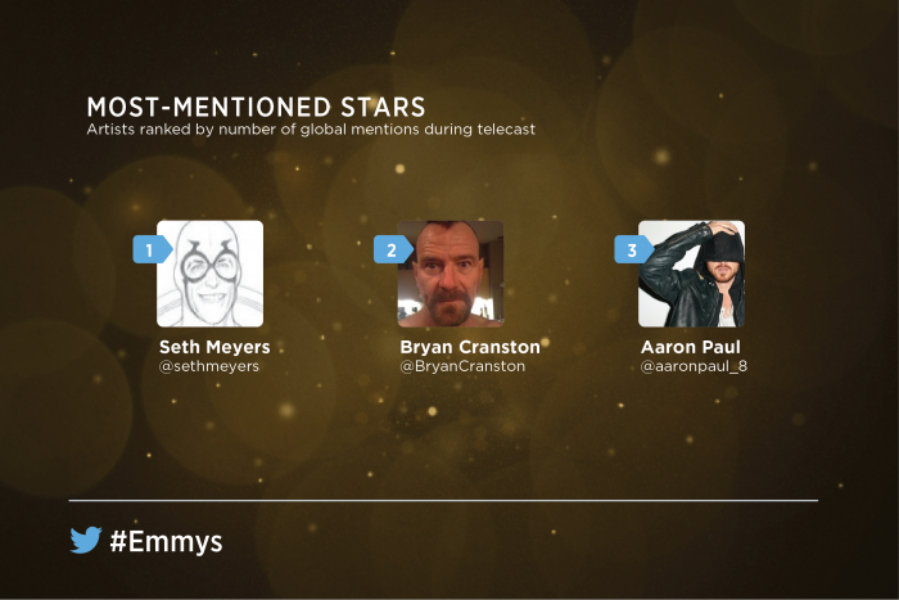 Timelines across Twitter were populated with media-forward Tweets from before, during and after the show. Here’s an embeddable graphic that includes the most shared Twitter photos from the evening: 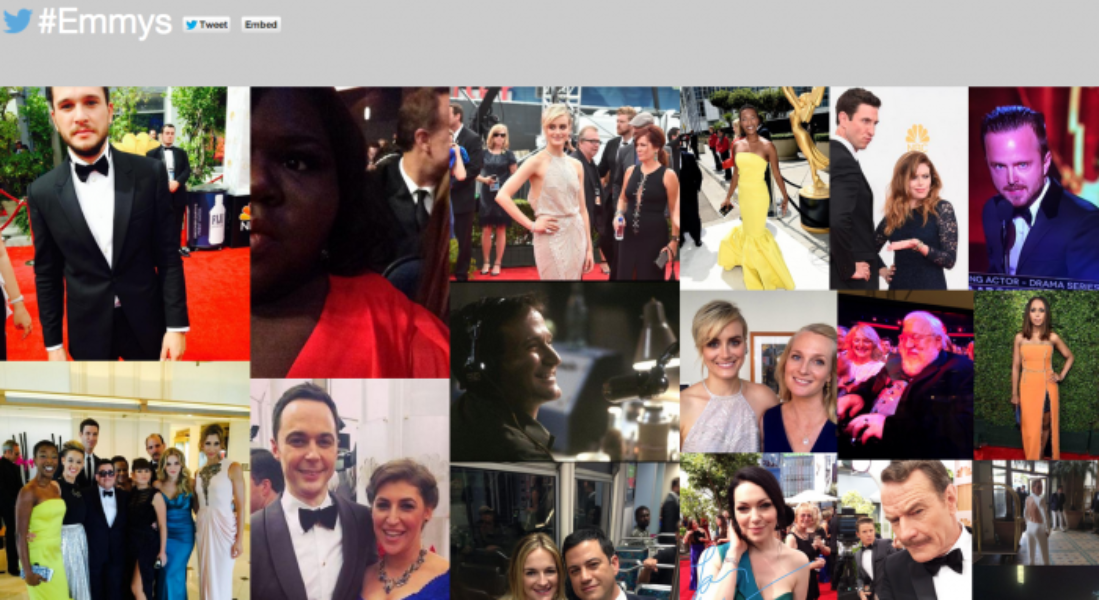 Getting behind-the-scenes access at an awards show has never been easier. Here are a few Tweets from host Seth Meyers (@LateNightSeth) and Emmys official live-Tweet correspondent Retta (@Unforettable) as they shared their evening on Twitter:

Aside from being a great night for TV, it was also a fashion extravaganza as the “Twitter Zip Line Camera,” the @TodayShow’s Vine 360 Booth,and @Yahoo’s Twitter Mirror took the red carpet pre-show to the next level:

And of course, the nominees and winners took to Twitter to share their night with insider photos, commentary, and even gifs: