With the U.S. midterm elections just about two months away, boots and suits came together in Austin last weekend for the 4th annual Texas Tribune Festival (#tribunefest). The Texas Tribune, the speakers and all participants turned to Twitter for the conversation, capturing all the hoots and hollers from beginning to end.

From heated discussions about same-sex marriage to 2016 presidential predictions, this gathering is truly a political junkie’s dream –– it’s been called a “Woodstock for wonks.” Thousands of people gathered at the @UTAustin campus to hear local, state and federal officials debate the state and nation’s most critical issues, and Twitter and Vine connected the politicians with their constituents, both onstage and behind the scenes.

Throughout #tribunefest, @TexasTribune shared photos from a Twitter Mirror, giving fans a backstage pass to notable speakers before they took the stage:

The gathering was highly interactive: Not only was the Twitter audience able to view the speakers via the Twitter Mirror before they hit the stage; they could also share their own takes on the event and have them displayed around the venue:

Many speakers and moderators built on these themes of interactivity and transparency even further, encouraging their followers and the rest of the Twitter audience to propose questions and conversation topics using the hashtag #tribunefest.

Live-Tweeting, a best practice for such events, was consistently done throughout the festival — not just by attendees but by speakers and moderators too. These moments were shared on Twitter (and on the many screens around the space. The biggest topics of conversation were captured here: 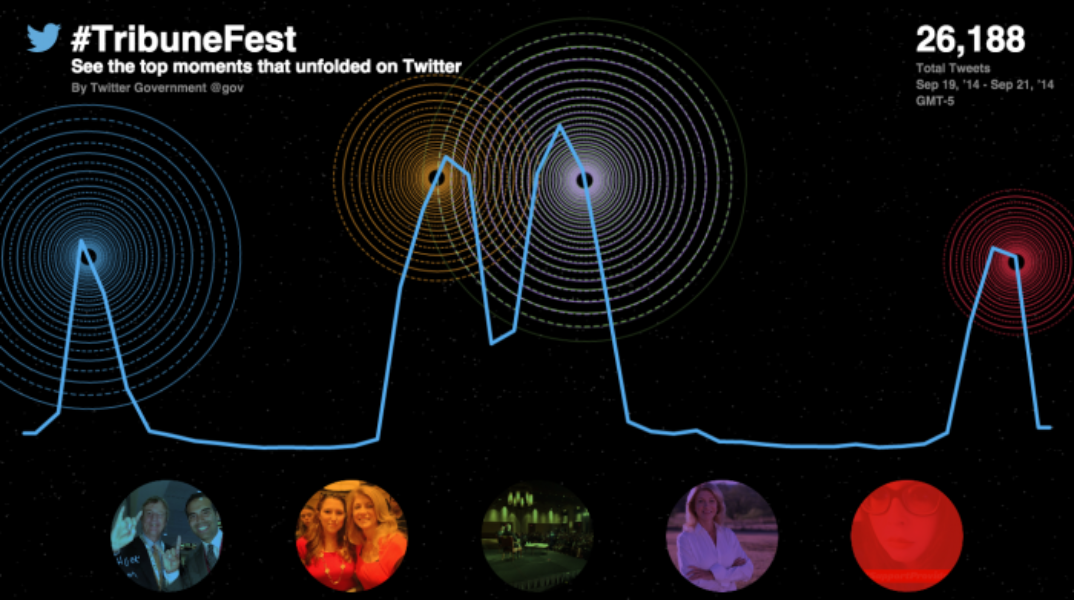 And representing a new generation of political wonks, student Tweeters:

Even when the panels ended, the conversation continued on Twitter. Conference-goers not only discussed the issues, but had opportunities to connect with the speakers directly. From measuring the real-time reaction of the crowd to bringing the audience closer to the high-level government and political officials, Twitter was clearly the place to be during #tribunefest.