This coming Sunday is Father’s Day, and there’s not a better time to let Dad know how much you appreciate him. You might make him a meal, send him a card, or give him a shoutout in, oh, 140 characters, for example.

Of course, many of us do show appreciation for our dads on Twitter all year round, not just on Father’s Day. It’s a great way to let the world know that your dad is the best, whether he’s stalwart or goofy or jaunty — or something else entirely.

We looked into how people most often describe their dads on Twitter. Here’s what we found: 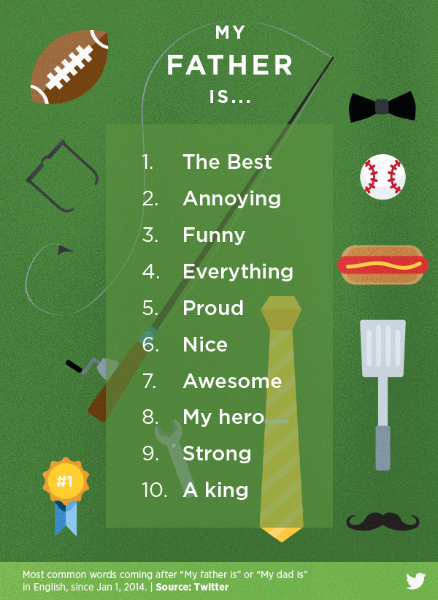 And here are some Tweets from people who aren’t afraid show love for their Pops on Twitter: